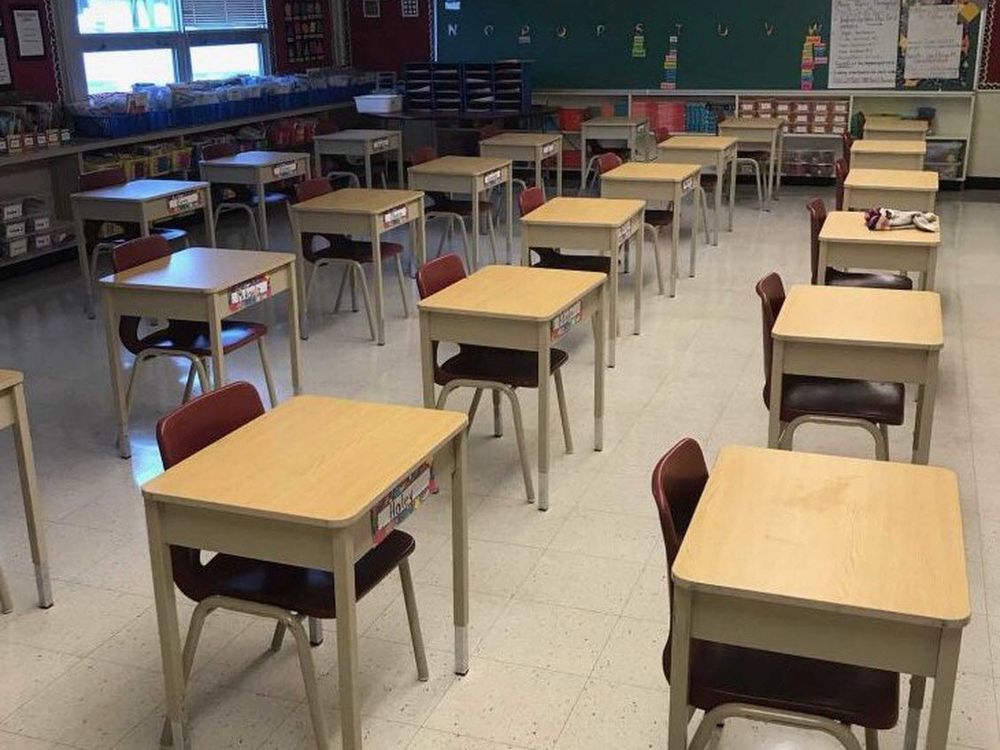 Calgary schools continue to face staffing shortages as substitutes often don’t fill every absence across the city, according to numbers from the city’s largest school board.

A recent letter from the administration of Colonel Irvine School in northwest Calgary informed parents the school was having difficulties filling daily absences from its staff. As a result, physical education teachers were filling in different classrooms leading to gym classes being consolidated. The letter said the school’s specialized literacy program was facing the largest disruptions from the shortages.

“We would like to apologize to all students impacted by this. Each day we have to decide if class will run until we know the staff we have each day and we understand this is not ideal and can be stressful for the students. We encourage students to continue with their home reading,” says the letter.

Teachers have been covering other classes during their preparation periods as the shortages at Colonel Irvine are the worst they have been in the past two years, the letter indicates.

A statement provided to Postmedia by the Calgary Board of Education said not every school is undergoing the same level of difficulty but noted the situation described in the letter is not unique to Colonel Irvine.

“The situation experienced at Colonel Irvine school is not necessarily reflective of all schools across the system; however, over the month of April, we have seen an increase in both student and staff absences, though this is presented differently across schools and for different reasons,” said the statement.

Schools have had to pivot regularly throughout the pandemic as classes move between in-person and online learning, depending on government regulations and COVID-19 outbreaks. CBE demand for substitute teachers in March 2022 was below the previous year but remained higher than in 2019, the board said.

“We are doing everything possible to keep pace with the heightened demand for staff throughout the organization, particularly in schools,” the CBE said.

“Hiring of teachers has continued throughout the year with over 500 hired since November. In recent weeks, the CBE has on-boarded more than 250 new substitute teachers and will continue hiring throughout the spring and summer months.”

Data posted by CBE online show that on Friday there was a need for 928 substitute teachers or casual employees. A total of 437 out of 635 teaching jobs were filled while 243 of 273 support staff positions were filled.

Bob Cocking, president of Calgary Public Teachers with the Alberta Teacher’s Association and a former principal, said that with absences across the city, schools have had to be creative in filling gaps. He said having teachers at the school fill in during their preps is a short-term solution but it often is not sustainable.

“We get calls from teachers that say, you know, how long do we have to sustain this? It’s okay to cover a class once in a while, but it’s getting to the point where daily there’s a request for so many substitutes and there’s always a couple jobs that don’t get filled,” said Cocking.

“You can do internal coverage. But how long can you sustain that? In some cases, it’s never ending for some schools.”

Cocking said CBE has a large pool of subs to be called on but some teachers aren’t, for a number of reasons, wanting to take on shifts. He said some have applied to teach part-time and can’t take on full-time work, while others may be hesitant to go into classrooms where teachers are out from COVID-19.

“They have plenty of substitutes on the roster. We’re just not sure — from our end or from their end — why they’re not picking up jobs,” said Cocking. “I guess you can say we’re almost baffled at the CBE and ATA why there’s an issue because there’s enough bodies, really.”