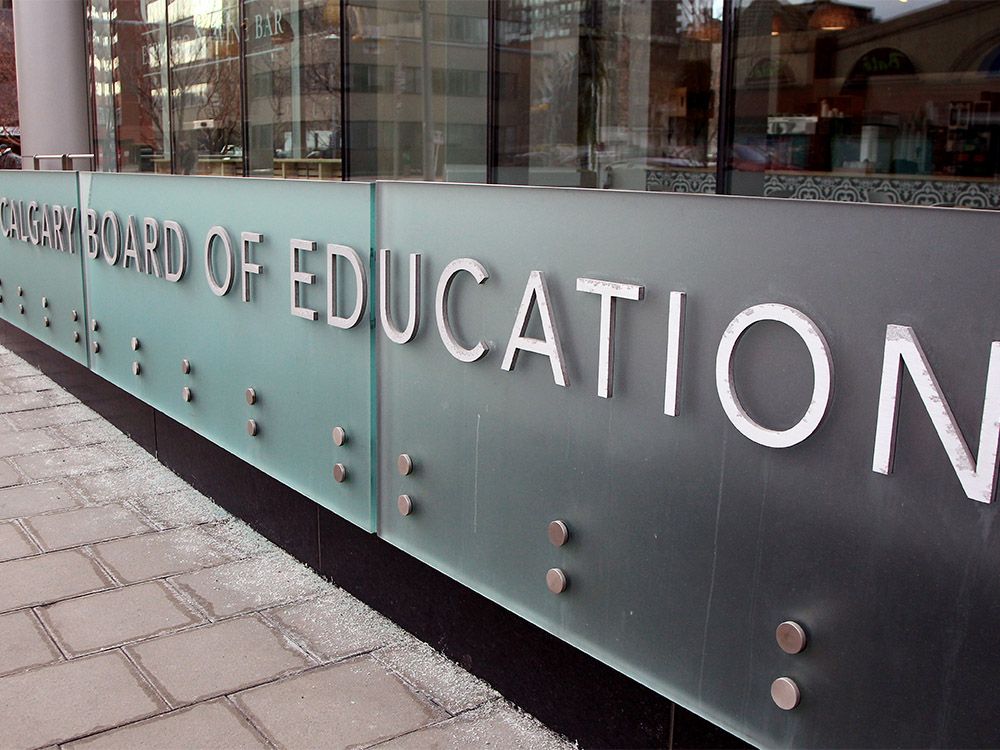 As public schools face another year of flat funding in the face of a projected enrolment spike, a newly elected trustee is questioning why the Calgary Board of Education is leasing its buildings to charter schools for only $1 a year.

According to its Budget Assumptions Report presented Tuesday, the CBE has received $1.15 billion in operating funds for 2022-23, a zero-dollar increase from the previous year’s budget.

At the same time, the provincial government’s own calculations show CBE’s projected enrolment for 2022-23 is higher than actual enrolment for 2021-22 — with 120,959 students expected in the fall as compared to 119,563 students attending this year.

Brad Grundy, CBE’s chief financial officer, said that because fewer students attended classrooms in the first year of the pandemic, administrators were able to save up to $4.6 million that can be put toward next year’s costs.

“The CBE has seen fewer students coming in this year and the prior year, but funding at the time was maintained . . . essentially funding that held us harmless.”

Still, Grundy said the stretched budget could still see class sizes grow or support staff cut back, final numbers that won’t be clear until students actually arrive in classrooms in September, and principals will adjust individual school budgets depending on need.

But trustee Susan Vukadinovic questioned why the CBE can’t find other sources of revenue, and seems locked to a $1 annual lease rate for charter schools using their buildings.

While charter school advocates maintain they are also public schools, the parent-run system is often criticized for its limited access and long waiting lists. The UCP government has increased its support of charters, providing up to $47 million in this year’s budget for expansion.

“I am shocked that public school families are expected to lease public school buildings funded by taxpayers to the government-run charter administration system for a mere $1 per year,” Vukadinovic said.

Dany Breton, CBE superintendent of facilities, said it can be difficult to populate schools in the inner city where fewer young families are living. And parents are demanding schools where they live, which is increasingly on the periphery of the city.

Also, Breton added, many older school buildings are still being used by the CBE for storage, administration offices or even the CBE Welcome Centre in Kingsland used to support newly arriving immigrant and refugee students.

But Vukadinovic argued that while neighbourhoods such as Cougar Ridge, Springbank Hill, Applewood and Legacy have been waiting years for new schools, “the CBE is required to act as a landlord for the provincially run charter school system.”

Breton said that while the $1 a year lease agreements are in fact part of a provincially mandated requirement, communities such as Evanston waited nine years before finally receiving funds for a middle school in this year’s capital plan.

“At the same time the minister was approving funding for Evanston School, which would have been on the plan for nine years, we have been committing time and effort in supporting charter schools within CBE facilities — that we have been directed to lease,” he said.

Alberta Education argued this year’s funding to CBE is fair, and that the CBE’s actual enrolment count for 2021-22 was lower than what was projected.

“In Budget 2022, bridge funding has been increased to reduce the impact of enrolment decline and to ensure that the board does not receive lower funding” said Katherine Stavropoulos, press secretary for Education Minister Adriana LaGrange.

“It’s also important to note that CBE reported $38.8 million in operating reserves and $41.8 million in capital reserves at the end of the 2020-21 school year. These reserves mean that they have extra funds available to cover additional costs as needed.”