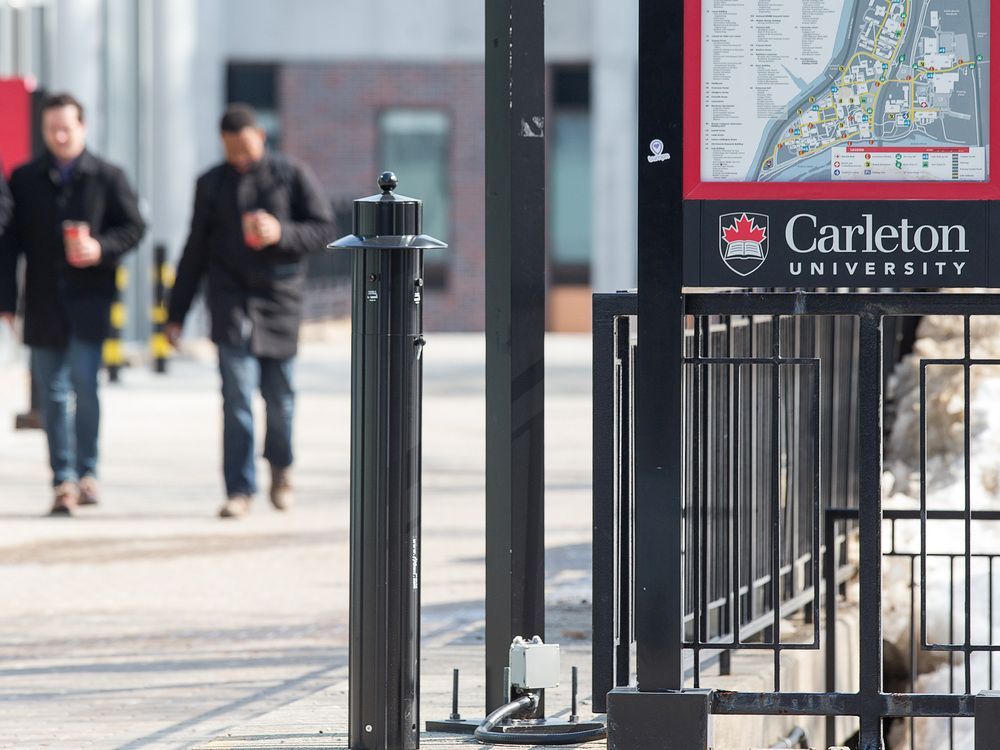 Carleton University says students and staff will be required to continue to wear masks on campus to protect against COVID-19 until further notice.

The university announced Thursday that it was cancelling its plan to lift mask mandates on May 1.

“Unfortunately, a sixth wave is now driving up the monitoring indicators of COVID-19 in Ottawa,” said the university in a post. “Accordingly, on the recommendation of Ottawa Public Health, Carleton will be maintaining the mandatory COVID-19 Mask Policy until further notice.”

Ottawa Public Health has given its blessing for both schools and post-secondary institutions to enact their own mask policies.

“OPH is also supportive of measures that can be taken to increase mask use during this resurgence, including policies in specific businesses, workplaces and community settings, including schools and childcare,” the OPH said in a statement April 11. “Moreover, in the context of high absenteeism, schools/ school boards and post-secondary education institutions may wish to consider introducing temporary masking policies to provide a safer environment to support in-class learning.”

The president of the Carleton University Academic Staff Association, Angelo Mingarelli, welcomed the news. The association had asked the university to continue masking past May 1 to increase safety on campus, said Angelo Mingarelli.

“This is what we asked for, and we got it. It’s wonderful; we’re very happy to hear that.”

Professors were concerned about dropping the mask mandate when COVID-19 levels are high, he said.

As of Thursday afternoon, the University of Ottawa and Algonquin College had not announced any updates to their plans to lift mask mandates on May 1.

The province dropped the requirement to wear masks in most public indoor spaces, including schools, on March 21.

Post-secondary institutions had adopted their own policies. Most continued requiring a mask for the winter term, but had planned to drop the requirement on May 1, contingent on pandemic conditions.

In the last several days at least five other universities have announced they will extend mask mandates beyond May 1 as the province copes with the sixth wave of the pandemic.

“Based on current trends, we have determined that it is necessary to extend our current face covering requirement until further notice,” the University of Waterloo announced. “This requirement will continue through our convocation ceremonies in June, at which point we will review public health conditions and advise of any updates.”

Wilfrid Laurier and McMaster universities have extended their mask mandates to May 31.

“Continuing to wear masks will allow us to protect our communities and avoid contributing to the spread of the virus during the current wave,” said the statement from Wilfrid Laurier.

The Ottawa-Carleton District School Board voted this week to require students, staff and visitors to wear masks again, a policy that went into effect Wednesday night.

It appears to be the only school board to do so.

Trustees at two other Ontario school boards tried to introduce the issue at meetings this week, but procedural wrangling prevented discussion.

At the Thames Valley District School Board on April 12, trustees voted that a motion from trustee Corrine Rahman to temporarily reintroduce masking at schools was out of order to be considered because it was an “operational” issue. The vote count is now under dispute.

Here is the motion that I presented tonight at the @tvdsb special board meeting: Whereas, Public Health Ontario on April 8th released a report advising that “temporary re-implementation of masking requirements indoors and improved air quality can reduce the risk of in-school 1/5

At the Waterloo Region District School Board, trustees voted against allowing trustee Jayne Herring to table a report from Public Health Ontario, which said that temporarily requiring masking at schools would cut transmission of the virus.

Herring said she planned to use the report to re-introduce a discussion on mandatory masking in schools.

This was my attempt to add the Public Health Ontario Evidence Brief to the agenda to re-introduce a discussion on mandatory masking in schools at the Board Table. Motion failed. I tried folks. https://t.co/XAC9VyCOGy

In addition, trustees at school boards in Hamilton and Halton have asked their boards to debate motions on re-introducing masking.