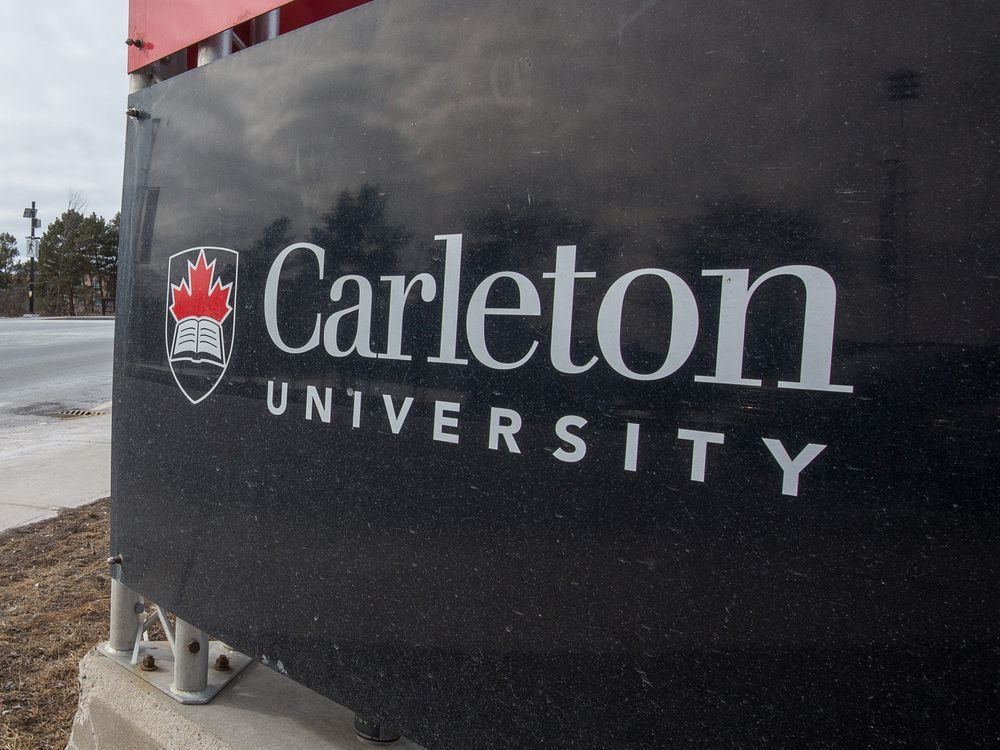 Carleton University has stopped reporting cases of COVID-19 cases on campus after a surge in  infections was reported in March.

The university had been posting daily updates since last fall, but that ended recently just as overall COVID-19 levels in Ottawa were rising.

Carleton’s move follows a similar one by the University of Ottawa, which suspended reporting of cases on campus in January.

The March statistics reported by Carleton showed a steep rise in cases.

An archived version of the university reporting web page said March 29 there had been 231 COVID-19 cases reported that month.

That represented 68 per cent of all 340 cases reported on campus from September 2021 to March 29.

The next highest month was December, when 39 cases were reported.

There were 14 cases reported at Carleton in January and 28 in February, according to the archived web page.

A spokesperson for Carleton did not reply to a query about when the COVID-19 reporting ended. A message on the university website said reporting was suspended because of changes to the Ontario government’s testing guidelines. That change was made at the end of December.

The suspension of reporting puts Carleton “in line with most other Ontario universities,” university spokesperson Steven Reid said.

The presidents of two of the employee unions at Carleton, opposed to the change, said reporting ended in the last few days.

The removal of the information, along with the end of mandatory masking at Carleton and most other Ontario university campuses starting May 1, makes it hard for people to gauge their personal COVID-19 risk, they say.

She said she was “surprised and concerned” by its decision to remove the mask mandate and to end reporting of cases just when COVID-19 infections in the city were increasing.

“‘I’m not sure what the motivation is, but it certainly doesn’t help anyone coming onto campus,” Cauley said. “It’s alarming that all these protections have been removed at the same time that reporting has stopped.”

The province’s message is that people must learn to live with COVID-19 and assess their personal risk to decide on issue like wearing masks. That’s difficult to do without knowing how many cases are on campus or how many people will chose to wear masks, said Cauley, a student doing her PhD in geography.

Angelo Mingarelli, president of the Carleton University Academic Staff Association, which represents professors, said his group had asked the university to continue masking requirements and to resume reporting of cases.

“It looks bad when the number of cases goes up, right? … Of course it looks bad, and students don’t want to come back on campus. If you stop reporting, it looks better. Students don’t know. But we want to know.”

He said Carleton took the lead in pandemic protections, including reporting cases, last fall and as a result “we were one of the best universities in Ontario.”

From September 2021 to the end of December, only 67 cases were reported on the Carleton campus, he noted. His union also wants mandatory masking to continue after May 1.

“So take the lead again, We’re hoping they will listen.”

Both Carleton and the University of Ottawa, in statements posted on their websites, said they suspended reporting COVID-19 cases because the Ontario government’s testing policies changed.

At the end of December, as the Omicron wave overwhelmed assessment centres, Ontario restricted laboratory-based PCR testing to those at highest risk. Other people were told to use rapid tests. The government does not collect data about the results of rapid tests, which are done at home.

In a message on its website, Carleton said the “aim of the new (provincial) testing strategy is to safeguard hospitals and ICU capacity, protect the vulnerable, and maintain critical infrastructure and workforces.

“Post-secondary institutions are not included on the list of high-risk settings. As a result, and in line with other Ontario universities, Carleton has suspended the reporting of active campus cases.”

The University of Ottawa began posting data on COVID-19 cases in September 2020 and suspended it in January 2022, spokesperson Isabelle Mailloux said.

uOttawa, unlike Carleton, did not report cumulative totals of cases on campus this school year. Instead, it reported weekly on the number of “active” cases on campus.