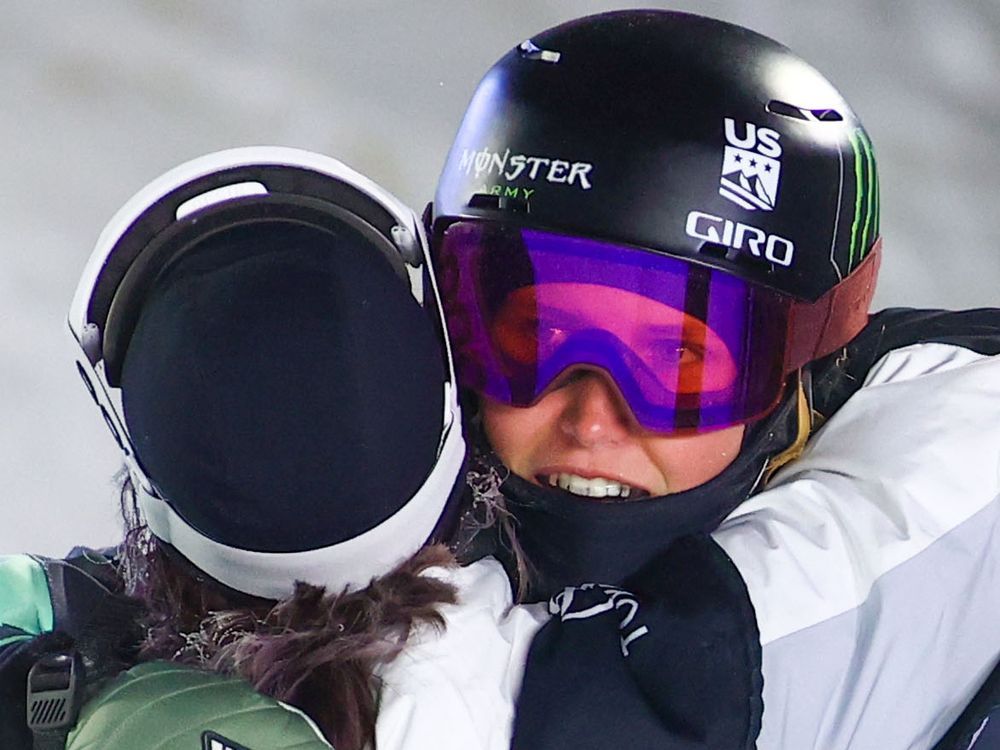 They weren’t enjoying the comforts of home on a frigid Thursday night, but three Canadian freestyle skiers still managed to tough it out and step onto the podium at a World Cup halfpipe competition in Calgary.

“I love competing at home and to get my first career win at home is something I will never forget,” said MacKay.

After a windy daytime qualifying session, the finals were held under the lights at Canada Olympic Park and the bitter temperature of minus-25 Celsius had athletes gearing down for safety.

“Technically speaking, we had challenging conditions today, super cold, a bit slow, so I think myself and all the other competitors have done more difficult runs in better conditions,” said MacKay. “But considering the conditions, I would say I guess it’s the best run I’ve ever done in sub-par conditions. There were quite a few factors making it difficult for people to put down runs and making everyone hold back a bit, try to do whatever run they could cleanly.”

After his second run left him off the podium, d’Artois had to make adjustments.

“I was trying to go big but the trouble I was having with the first two runs is I was eating up a little too much of the pipe, so I just tried to clean everything up, go a little bit more across the pipe. The first hit was an air to fakie, second hit was a switch nine, third hit was a switch seven and that’s kind of where I was eating up a lot of the pipe. I was able to cut more across the pipe going into a 900 and finished it with an alley oop, double flat seven.”

He said his boots were frozen, his goggles fogged up and it was difficult to perform.

“It’s hard to ski. Your body doesn’t want to work as well, so it’s definitely a struggle. But you can kind of surprise yourself with what you’re able to do in those situations and that’s a really cool feeling.”

Karker has now hit the podium at both of her 2021 events, but said she has way more in the tank than she was able to show on Thursday, in part because of the conditions, but also because she was just emerging from concussion protocol after a crash in training for the Dew Tour earlier in the month.

“It was a struggle to do any of my bigger tricks,” she said.

And when she needed it most, the hometown favourite pulled out a great third run to vault onto the podium.

“Obviously, we don’t have spectators here with COVID right now but most of the volunteers are people I know, people’s parents, so it’s really great to be surrounded by a home team.”

Rounding out the Canadian women’s results were Calgarians Amy Fraser in sixth and Cassie Sharpe in seventh.