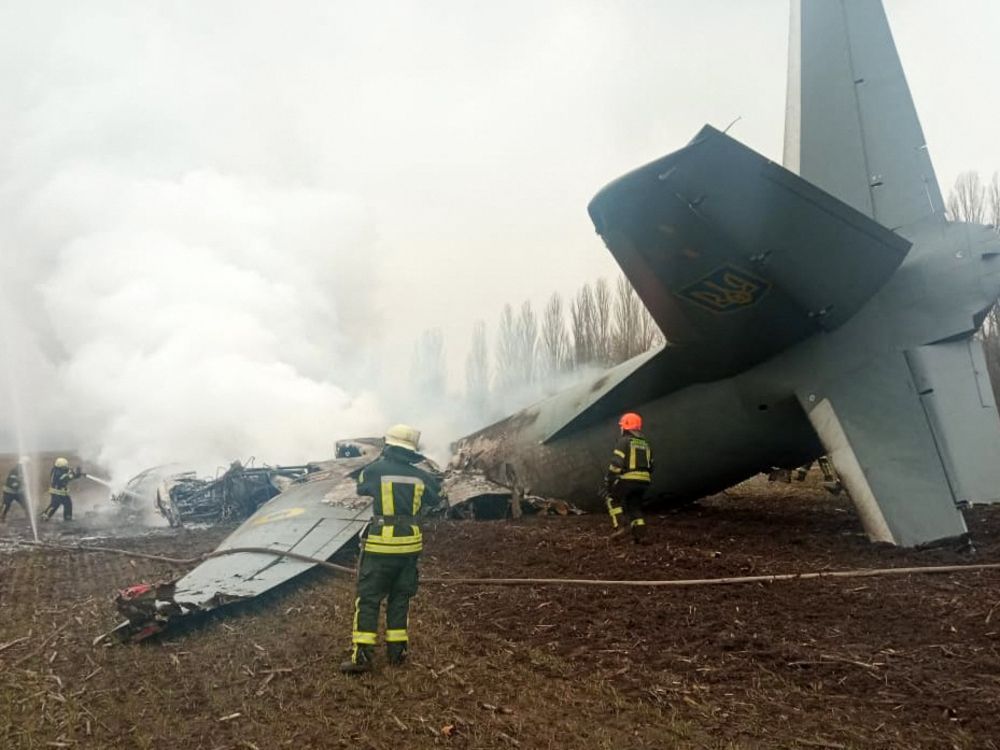 Canada’s government has voiced its unwavering support for Ukraine, but went to great lengths on Thursday to point out that didn’t involve direct military action.

The United States and NATO also had a similar message for the besieged country.

Russia launched its invasion of Ukraine on Thursday, seizing an airport and launching missile and artillery strikes and other attacks at various locations.

Prime Minister Justin Trudeau announced what he called severe sanctions against Russia for its military actions, with multiple cabinet ministers pointing out how the Canadian government had pledged support for Ukraine.

Canada will send additional military personnel to eastern Europe, but they won’t be there to directly help Ukraine. Instead they are to bolster training and other NATO activities.

“As the NATO secretary general said this morning, we don’t have a combat mission,” Defence Minister Anita Anand said. “That has to be clear for our country and for our Canadian Armed Forces.”

At a separate briefing later Thursday, Vice-Admiral Bob Auchterlonie, head of the Canadian Joint Operations Command, reiterated the Liberal government’s message. “Do we see foresee combat operations in Ukraine?” he asked. “The answer is no.”

Ukraine, which is not a member of NATO, is on its own militarily. If Ukraine were a member of that alliance, then NATO nations such as the U.S. and Canada would be obligated to come to its aid.

U.S. President Joe Biden said Thursday that American troops would not fight Russia in Ukraine, but added that the U.S. would defend “every inch of NATO territory.”

NATO has said it has no plans to send troops to Ukraine.

The Canadian Forces, which already has soldiers in Latvia as part of the NATO mission, will send additional personnel and artillery to that country. That will take about a month to arrange.

HMCS Halifax will also leave Canada to bolster NATO forces in the Mediterranean Sea and the Black Sea, but that frigate won’t leave until towards the end of March. It won’t be in the region until sometime in April, according to the Department of National Defence.

Auchterlonie said 25 military personnel from an electronic warfare unit from Kingston could leave earlier for the region, in addition to an Aurora surveillance aircraft.

All Canadian diplomats left Ukraine on Thursday. The Canadian military pulled out most of its troops from Ukraine earlier. The last of them left Thursday.

Anand highlighted that the Canadian soldiers in Ukraine trained more than 30,000 members of the country’s military.

Auchterlonie said the Canadian Forces hoped to return to Ukraine to continue training Ukrainian troops. “I must admit this Russian invasion has made this (goal) rather bleak in the near term,” he added.

Anand also pointed out that Canada had provided Ukraine with military equipment, including lethal aid. That equipment arrived on Saturday and again on Wednesday.

Canadian military personnel have privately pointed out that the gear would be of little use since Ukrainian forces have had little time to train with it.

Anand was also asked whether Canada would consider purchasing surface-to-air missiles for Ukraine’s forces so they could destroy Russian aircraft. She said all options were on the table.

The Canadian military has increased the readiness of 3,400 military personnel in case they are needed by NATO in the future.

Russian president Vladimir Putin has warned other nations they would face consequences if they interfered in his country’s military action in Ukraine. “Whoever tries to hinder us … should know that Russia’s response will be immediate,” he said Thursday. “And it will lead you to such consequences that you have never encountered in your history.”

Putin has claimed he does not intend to occupy Ukraine.