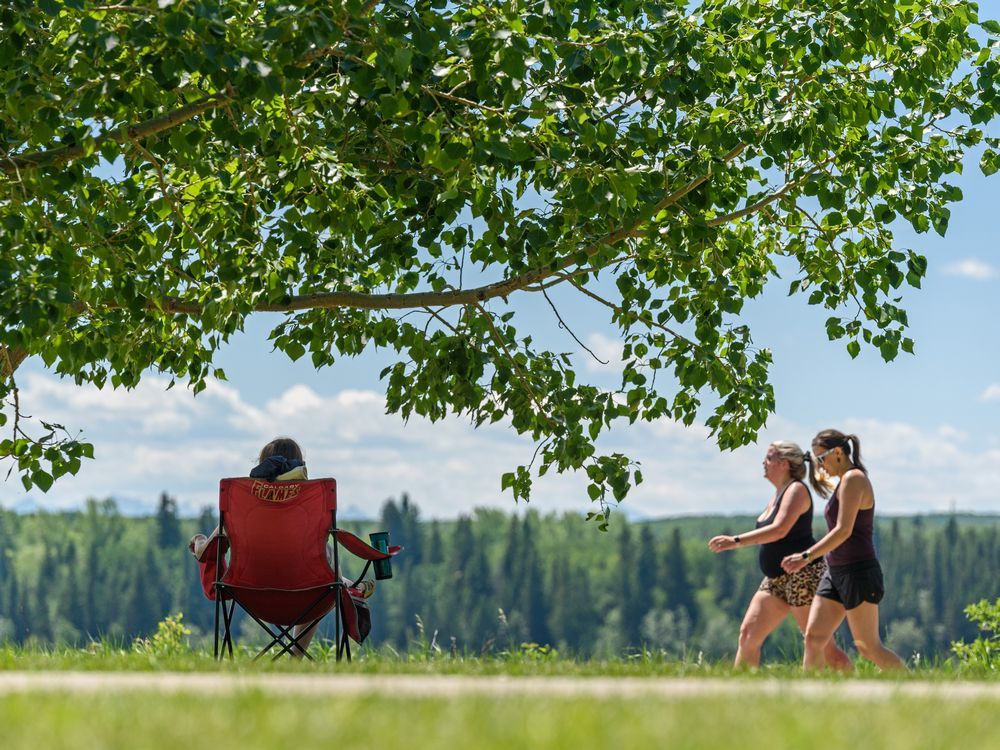 Although it may not be as hot as last year, Calgary could be in for another warm and dry summer according to meteorologists at the Weather Network.

The organization put out its annual national summer forecast one day before the start of June, which is the first day of “meteorological summer.”

By and large, extreme heat is not expected to be an issue like it was last summer, but much of Canada including southern Ontario, southern Quebec and all of the Atlantic provinces could see above-average temperatures.

People living in Alberta and the southern prairies should see near-normal temperatures and precipitation. However southern Alberta could be on the cusp of above-normal temperatures predicted for northwestern U.S. states, and could potentially get caught at the edge of another heat dome. Expect heat waves with cooler periods in between.

The threat of drought conditions also lingers in southern Alberta.

“We’ll have to watch exactly where that big heat dome sets up,” said Chris Scott, chief meteorologist at The Weather Network.

“This does set the stage for thunderstorms … We can get big hail, big wind in the Prairies and we think this summer actually has a pretty good chance of having a few more of those big storms than usual.”

He noted Alberta has had a cooler-than-usual spring, which has delayed snowmelt in the mountains and the start of wildfire season.

Weather experts with the city of Calgary have already said they do not anticipate flooding this year from the heavy snow pack.

The forecast says June rainfall will help set the stage for the rest of the summer. A bit of much-needed rain could keep drought conditions from setting in. But a lack of rain now could mean a long, hot summer for southern Alberta.

For those looking to spend some time on the west coast, be prepared for “cool and unsettled” weather. An already heavy snowpack in the mountains could lead to a serious risk of flooding on the western side of the mountains if there is any sudden melting.

On the bright side, cool and wet weather could mean a shorter fire season in B.C., meaning less risk of smoke in Alberta and on the prairies.

Forecasters expect temperatures and precipitation in B.C. to trend towards normal as the summer goes on.

– with files from The Canadian Press