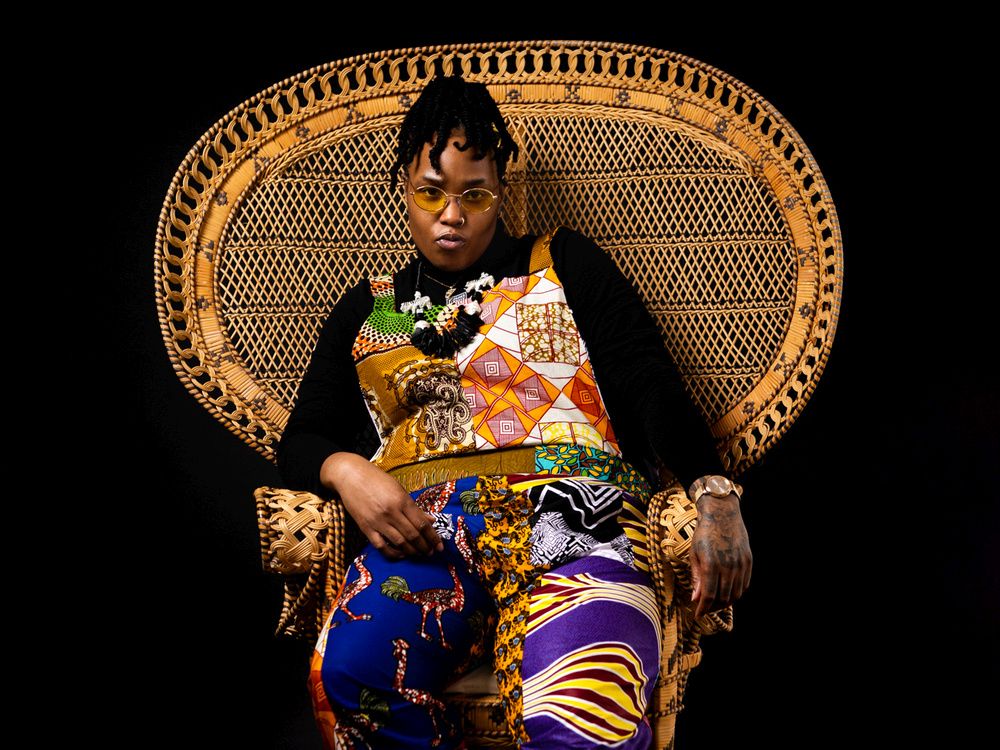 Appropriately called The Mission, it starts out somewhat cryptically. Her voice booming with purpose, Sinzere talks about the significance of the number 13 before referencing American abolitionist Harriet Tubman and outlining the historical, spiritual and personal ambitions of her first full-length album.

“Step inside and enjoy the ride … Tabula Rasa,” she says before the track morphs into a sublime rap with Tom Waits-ian piano and lyrics that reach back centuries in addressing the oppression of the African diaspora.

It is a suitably epic opening for an artist who has become known for her epic leanings over the years. But Sinzere says she sees this album, which comes out Aug. 5, as a new chapter.

“It started with me going on this journey searching for myself that ultimately led me to that journey of the diaspora,” she says in an interview with Postmedia from her Calgary home. “I had to unlearn a lot of the things I learned through education we get here in Canada or just in the western part of the world. I started learning about these things about African prosperity and I started learning a lot about the atrocities and a lot about the plots and the schemes and the conspiracies against the diaspora in order to take them out of who we actually are.”

On Tricky, a bold centrepiece of the album, Sinzere manages to cover Black-on-Black violence and self-hatred, Rasta spirituality, the pillaging of resources from Africa, slavery, lynchings and church bombings in the American south, and institutional racism in a spirited burst of rhyme that lasts less than three minutes.

It was all the result of Sinzere’s self-education, a deep dive into the rich history of Africa that had her delving into everything from the work of scholars such as Marcus Garvey and controversial historian Yosef Ben-Jochannan to researching the prosperity and often overlooked contributions made by the Mali Empire and the Ashanti Empire to world trade and commerce.

“There was so much I didn’t know about my history, which ultimately was the reason I didn’t know myself,” says Sinzere, who will be playing Broken City on Aug. 6.

Tabula Rasa is Latin for clean slate, based on the theory that humans are not born with any innate knowledge and it must be built through experience, perception and education. While Sinzere has been a prolific artist for 15 years and has never shied away from ambitious projects and proclamations – her 2019 EP Ghetto Gabby was a semi-autobiographical “hip-hopera” concept album and the press release for Tabula Rasa describes her as “Canada’s female answer to Kendrick Lamar” – she says she has spent the past few years reinventing herself and her music.

Sinzere’s mother grew up in Jamaica and her father is from Barbados. She escaped a somewhat unstable household in Calgary by discovering poetry, which led to DJing and eventually hip-hop. Her profile has steadily risen over the past few years. She followed well-received energetic sets at Femme Wave and Sled Island by making her Calgary Folk Music Festival debut a few weeks back. In 2021, she landed sync-licensing deals that landed her music on CBC’s The Block and Diggstown and a commercial for Sport Chek.

Recorded at the National Music Centre with American artist Epik the Dawn producing remotely, Tabula Rasa contains several styles from the soulful R&B of piano ballad Uninspired, to the hard-reggae vibe of Generation Degenerate and soft-grooved soul intro to Change.

But while the album may represent a journey of slate-cleaning self-discovery for Sinzere, she says it is also meant to resonate on a grander scale through educating people about their history and the long-term ramifications of oppression and racism.

“When hip-hop was birthed, it was an outlet for people in the most impoverished communities; the only means for them to get the message out to the world of what was happening to them,” Sinzere says. “It was also the only outlet for young artists of the period, the golden age of hip-hop, who were self-educated and self-taught, The Five  Percenters, who learned about their histories and were able to take their messages and inform their community through hip-hop. So being such a fan of hip-hop and an advocate of hip-hop … ultimately it was just natural for me in my evolution to speak these truths. I’m a truth speaker. In a lot of older catalogues, you can see the evolution of me learning more about myself and then using hip-hop as a means to connect to the youth and tell them these stories.”

Spotlight: Sinzere will play Broken City on Aug. 6 at 8 p.m.