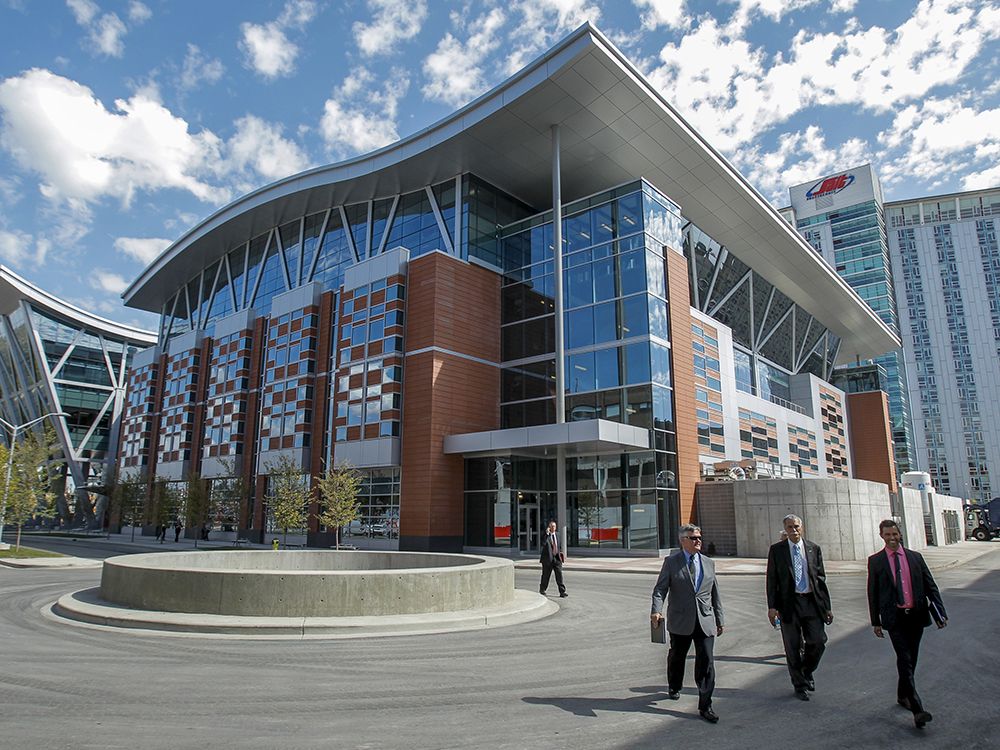 Calgary firefighters responded to alarms at a building on the Southern Alberta Institute of Technology’s campus Friday morning.

Crews responded to the alarms at the 1300 block of 16th Avenue N.W. around 11 a.m., where they found people leaving a four-storey building. People alerted firefighters to a possible fire on the second floor.

Upon entry, firefighters found large volumes of smoke and near-zero visibility in a welding shop area. A fire was located in an air filtration unit in the shop as crews evacuated all floors of the building.

Both extinguishers and hose lines were used to bring it under control. Once under control, crews focused on reducing water damage and venting the building.

Over 30 members of the fire department attended the scene. The building is expected to remain vacated for 24 hours while crews will remain on the scene throughout Friday afternoon.

The cause of the fire remains under investigation.