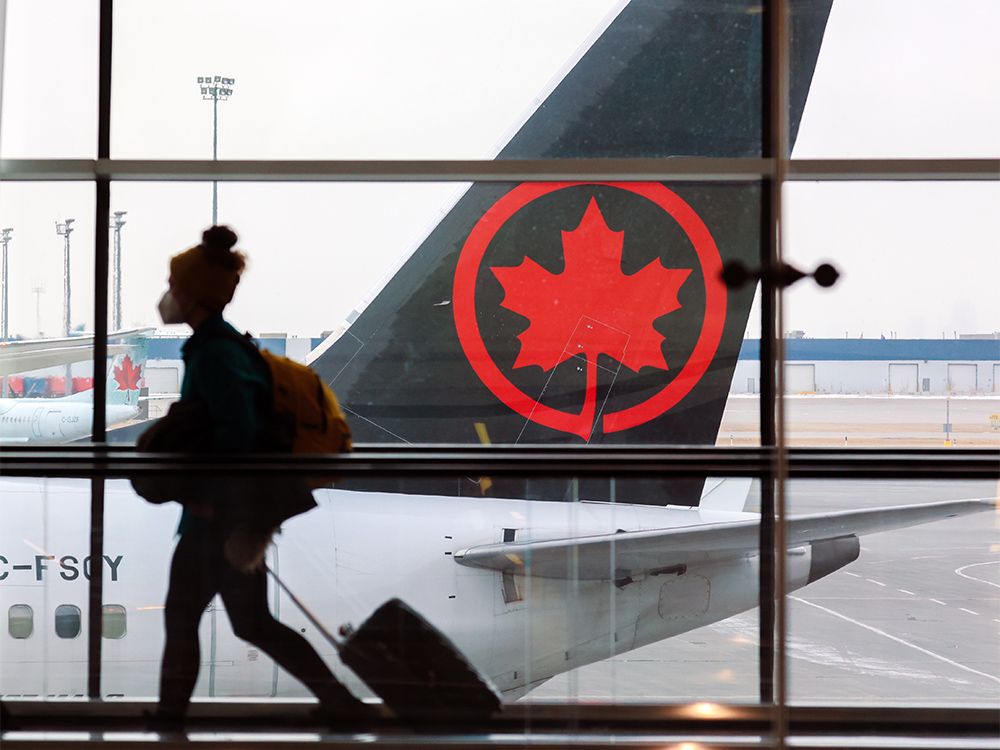 Vaccinated travellers no longer need to show proof of a negative COVID-19 test to enter Canada starting April 1, a decision welcomed by Calgary’s business community as the local economy struggles to recover from the pandemic.

Health Minister Jean-Yves Duclos officially announced the change on Thursday as new reported cases of COVID-19 have declined since mid-January.

Incoming tourists will still need to be vaccinated to visit Canada, and all inbound travellers must also upload their details to the ArriveCan app. Vaccinated people could also still be subject to random molecular tests when they arrive at Canadian airports.

Darren Reeder, executive director of Tourism Industry Association of Alberta (TIAA), said the tourism industry has long called for the federal government to remove all testing requirements for cross-border travel.

“We acknowledge that the Government of Canada has heard the tourism industry, and we congratulate Ottawa for its decision,” Reeder wrote in a news release. “This move provides certainty for everyone in the industry to finally move ahead, recover and re-emerge fully from the last 24 months of economic hardship.”

Deborah Yedlin, CEO and president of the Calgary Chamber of Commerce, called the decision a “huge win for Alberta.”

“The phones are ringing, people are starting to see their bookings increase. It’s also good news from a staffing perspective — there’s no barriers for anybody who is coming in with a temporary visa,” Yedlin said.

While recognizing the pandemic is not over, Yedlin said she does believe people are more comfortable accepting and managing risk of infection while travelling.

“To have this one step removed is actually a cause for optimism,” Yedlin said. “The summer could be really, really exciting from a tourism perspective and an employment perspective as we start to see more people coming here.”

Ian Jones, general manager at The Westley Hotel in Calgary, said he was relieved to hear testing requirements would be removed.

“To have this just confirms that we’re going to have a great summer. I just hope it’s not an April Fool’s joke,” Jones said.

The hotel has seen “incredible pickup” in the month of March alone, with occupancy rates rising to 81 per cent this week. In September, the hotel struggled to hold on to staff with only 15 per cent of rooms booked, he said.

“We’re ramping up hiring for the summer because right now we can barely keep up with our demand,” Jones said. “We need to get the staff to come back to the hospitality industry, or come and discover the industry for those who have never been in it before.”

The tourism industry in Alberta’s mountain communities also welcomed news of the requirement change on Thursday.

“The entire tourism community here in Banff and Lake Louise is ecstatic,” said Pete Woods, president of the SkiBig3 travel agency in Banff. “We still have a lot of winter left.”

While the move away from expensive PCR tests was a welcome step, Woods said rapid antigen tests still presented a barrier to vaccinated travellers as they have to be taken within a 24-hour window. Removing requirements April 1, along with the introduction of the federal Tourism Relief Fund, are positive signs for potential recovery, Woods said.

“It does seem like the federal government is really starting to take a closer look to try and support the industry that was impacted the most.”

There were another six COVID-related deaths reported to the province on Thursday, bringing the total to 4,019 since the start of the pandemic.

Hospitalizations dropped by 22 people since Wednesday, with 967 people in hospital with COVID-19. There are 67 people in ICU, a decrease of three from the day before.