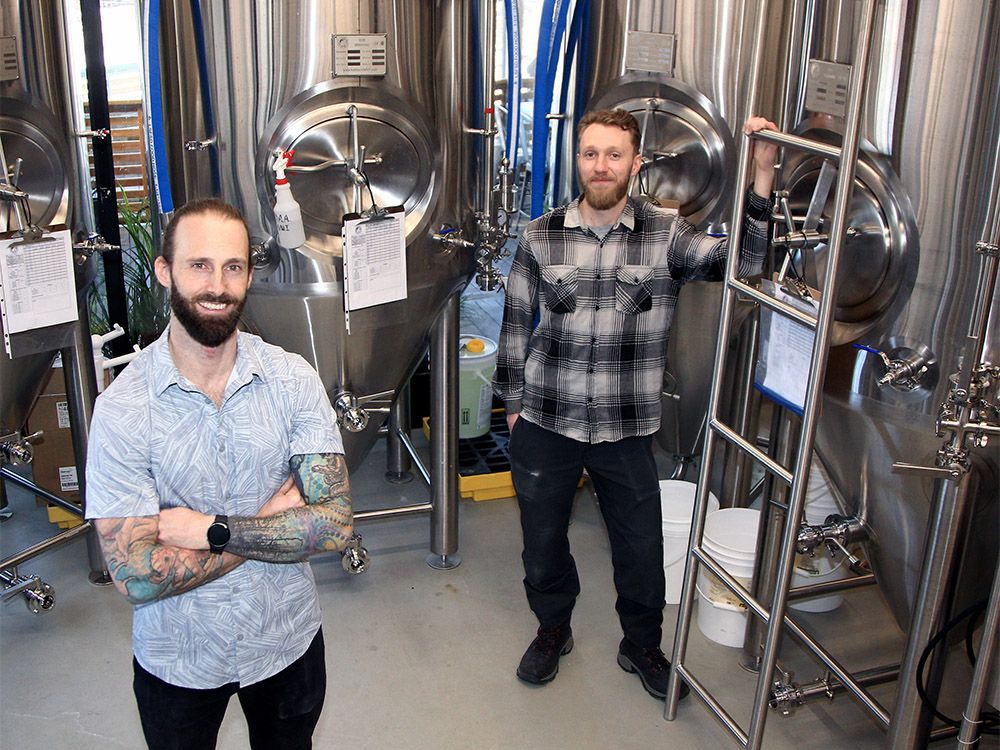 After two years of lockdowns, restrictions and frustration, Bottlescrew Bill’s is ready to turn the page on the pandemic with an April opening of BSB Brewery.

The downtown bar has retired the 40-year-old Buzzard’s restaurant to clear room for a microbrewery expected to streamline operations and make better use of its space.

“After that second lockdown, we were not twiddling our thumbs, we were desperately trying to stay alive like everyone else was,” said general manager Geoff Allan. “We had a lot of time to revisit what our business was going to look like, more time than I think we ever would have to plan for the future.”

The focus now is to fine-tune its brews — there are currently five styles — and then, in the next 18 months, consider bottling it for retail while keeping the bar filled.

Calgary’s restaurants and bars were among the city’s most heavily affected sectors throughout the pandemic, with some reporting losses approaching $1 million or more. The industry faced three shutdowns and dealt with a number of restrictions, including social distancing, which limited capacity; curfews that cut prime hours; the elimination of live music and other activities that encouraged mingling; masking mandates; and vaccine passports.

Allan said customers are returning and the business is moving toward pre-pandemic sales levels for March.

“We are cautiously optimistic,” he said. “We are really, really hoping this doesn’t happen again in the fall. Personally, I don’t know what that would do . . . I don’t know how many more times businesses can, let alone should, endure restrictions like that.”

Businesses across all sectors are now focused on recovery, two years after city officials declared a local state of emergency and two weeks after Premier Jason Kenney lifted almost all of the remaining restrictions.

The tourism and travel industry has a lot of overlap with the hospitality industry but is far broader.

The sector has been among the hardest hit across all jurisdictions. Canada’s travel restrictions have kneecapped operators and those in the hospitality industry just by making it difficult for people to travel to Canada.

WestJet, for example, lost 90 per cent of its demand in 2020, cut capacity by 80 per cent and its workforce dropped from 14,000 employees to fewer than 5,000. The adjustment was complicated by varying restrictions across multiple domestic and international jurisdictions.

With routes to Europe and sunspots axed, the airline laid out its plans Monday to return to many of those destinations by summer.

“We have very reasonable aspirations to get beyond 2019 numbers here in the next short while,” said Angela Avery, executive vice-president of external affairs for WestJet. “We do know that Canadians want to travel.”

Travel Alberta and Statistics Canada data show tourism expenditures in the province dropped from $8.2 billion in 2019 to $4.7 billion in 2020. It’s forecast to rebound to $5.3 billion for last year.

The big bucks are in international tourists — the farther they travel to get here, the longer they stay and the more they spend — a major loss for the industry during the past two years.

Some attractions did receive a boost in 2021 through a domestic focus on discovering Alberta again.

Castle Mountain Resort was among those. About 90 per cent of its customers are domestic, but instead of people heading to warmer climates as the snow fell, many decided to rediscover skiing.

It was in stark contrast to 2020, as the resort lost the back half of its season when forced to shut down on little notice.

“I don’t think we’ve ever had to work harder,” said Cole Fawcett, sales and marketing manager at Castle Mountain Resort. “What’s so disheartening through COVID-19 and the shifting landscape of restrictions is you’re working the hardest you’ve ever had to work to drum up business, and then the landscape changes a week or two later and you’re maybe not starting from scratch, but it kind of feels like it.”

The pandemic made it clear to the resort and other operators in the area they needed to be more proactive in their marketing, and over the past several months have formed South Canadian Rockies Tourism.

Small businesses pushed to the brink

It has been a rough couple of years for many small businesses in general.

The latest numbers out of the Canadian Federation of Independent Business had 15 per cent of Alberta businesses actively considering closing or filing for bankruptcy due to the pandemic, while 70 per cent of small businesses took on COVID-related debt.

It’s not just the finances, however. According to the CFIB, 74 per cent of small business owners in the province said the past two years have pushed them closer than ever to burning out, while 59 per cent of Alberta’s small businesses are having difficulty coping with mental health and well-being due to the uncertainty of the pandemic.

Gyms have felt particularly singled out.

Nationally, the average debt taken on by arts and recreation businesses is $182,876, with 23 per cent considering bankruptcy.

Martin Venneri, owner of F45 Training Marda Loop and F45 Training Legacy, said his business was shuttered for eight months over the past two years, while restrictions were in place for another seven.

Venneri said government subsidies did not make much of a dent and the business has lost hundreds of thousands of dollars in revenue.

“We’ve seen a lot of people degrade in their physical and mental health because of lockdowns and not being able to be part of a fitness community, not just for fitness but the community aspect of it as well.”

He noted their customer base is starting to come back but with the uncertainty of the pandemic, he wants a better plan in place from the province to avoid future restrictions.

For downtown Calgary, the pandemic only exacerbated an issue that had been growing since 2015 when the price of oil cratered, causing office vacancies to spike.

Work-from-home orders further gutted businesses in the downtown core. While the skyscrapers and towers were still technically occupied, the vast majority sat empty as their employees worked remotely.

For the industries that had been built up to support this workforce, it was another blow amid the restrictions they were already facing.

“Some of the harder-hit businesses are the food courts in the office towers that aren’t at main level that are very dependent on lunch traffic,” said Jennifer Rempel, general manager for Calgary Downtown Association.

There are roughly 2,500 businesses in the CDA geographic area. Rempel was encouraged there was only a one per cent fluctuation in those numbers from the end of 2019.

The revitalization of the downtown, while not necessarily influenced by the pandemic, becomes that much more important to aid in that recovery.

David Finch, a professor and senior fellow at the Institute for Community Prosperity at Mount Royal University, said recovery will also require businesses to change the way they offer services.

He also focused on the role of governments in providing certainty and preparing properly for future waves and pandemics. This includes providing proper data to businesses along with clear thresholds for restrictions so they can properly plan.

“What governments don’t want to be tied to are metrics that may not be in their political interest,” said Finch.

“Businesses that went through that devastation of reopening in June and July last year . . . enormous amounts of resources were invested into reopening just to essentially be shut down within 50-odd days because of hospitalization rates.