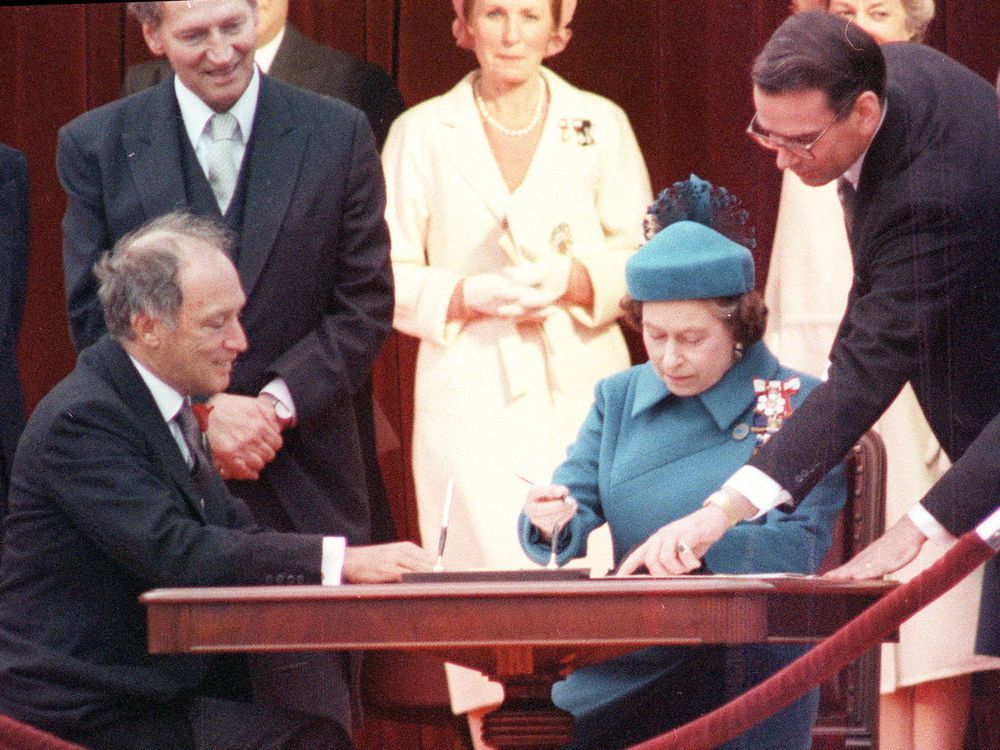 Turning 40 is, for some, a time of reflection. It is a time to take stock of one’s life and to make changes, if that is felt to be necessary. So when the Canadian Charter of Rights and Freedoms turns 40 on April 17 this year, it is a time for reflection, a time to ask some questions and a time to clarify exactly what impact the charter has had on Canada.

But first some background. A charter of rights had been a goal of Pierre Trudeau’s throughout most of his adult life. He had seen the devastation brought by the Second World War and believed that a written guarantee of basic civil liberties, democratic rights and legal rights could prevent the oppression of individuals by an intrusive state. Trudeau managed to include a charter in the 1982 Constitution Act.

The new Charter of Rights and Freedoms contained 34 sections. It includes protections of fundamental freedoms, democratic rights, mobility rights, legal rights, equality rights and language rights. It was to protect both individuals and groups from discrimination on the part of the state.

But these rights are tempered by a section of the charter that states that the rights and freedoms set out in it are “subject only to such reasonable limits prescribed by law as can be demonstrably justified in a free and democratic society.” The rights Canadians enjoy under the charter are not absolute and can be pushed aside if circumstance or common sense mandates. We are not allowed, for example, to promote hate speech against an identifiable group which could lead to violence. This is a limitation on freedom of expression, but it protects vulnerable groups and individuals in society.

The notwithstanding clause has been used only a handful of times over the past 40 years. Each time it has been used — or even threatened — there has been a debate over whether it should be removed from the charter.

The notwithstanding clause was included at the insistence of two premiers, Peter Lougheed of Alberta and Allan Blakeney of Saskatchewan. Both premiers wanted to protect what they called “parliamentary supremacy.”

Even if the notwithstanding clause was repealed, Canadians’ rights are not absolute. They are subject to reasonable limits. All rights listed in the charter are moderated by what is acceptable in a free and democratic society. There is no absolute right to free speech or association or the media or anything else.

One of the key questions around the charter is whether it was necessary. Rights were protected under the common law before the charter. There were some egregious lapses in rights protection in the past from the treatment of Indigenous peoples to the internment of Japanese immigrants in the Second World War to discrimination against religious minorities in Quebec. Even in Alberta, the Social Credit government’s Press Bill in the 1930s was not overturned by the courts because it violated freedom of the press, but rather because it was outside provincial jurisdiction. Today, the Press Bill would be overturned because it violates media freedom. So the short answer to the question is yes. Canada needed a constitutionally entrenched charter of rights in an increasingly complex world to protect individuals and groups from the state and from others.

The second question which should be asked is whether the charter has succeeded in protecting Canadians from the state. Again, the short answer is yes. There have been a number of Supreme Court decisions that have enhanced protection for Canadians. Not all of these decisions are popular, but they have shaped the political and legal order in Canada in a number of interesting and important ways.

There was a fear when the charter came into effect in 1982 that the courts and especially the Supreme Court would, as many on the right argued, legislate from the bench. This has not happened. The courts have been very careful to interpret charter rights in ways that have not dramatically changed society. While the charter has not fundamentally altered Canadian society, it has made it better. Canada is a long way from an inclusive and equitable society, but the charter has moved us in the right direction.

Keith Brownsey is a professor in the department of economics, justice and policy studies at Mount Royal University. He has been teaching political science for more than 15 years.