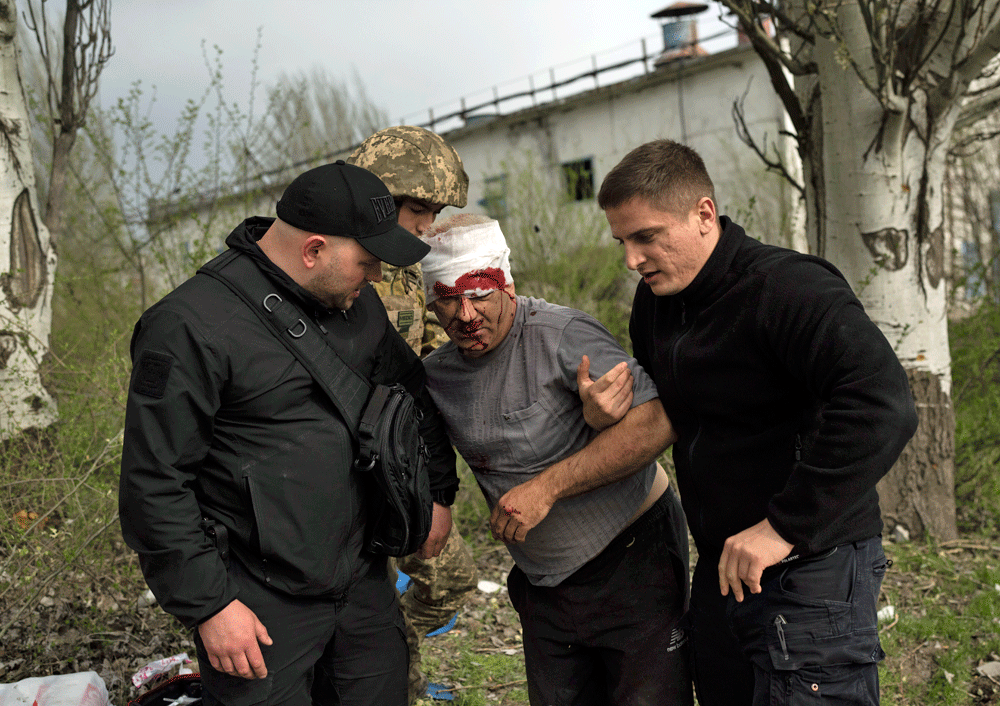 Just four years ago, my sister had a wonderful tour of Russia. She could not say enough about the beauty of St. Petersburg and the friendliness of the Russian people as they welcomed this  group of Canadians.

How is it possible that today Russian soldiers are raping and murdering women, killing children and torturing men before shooting them with their hands tied behind their backs? How can it be that these young men, teenagers just a few years ago, who watched television, drove BMWs, used cellphones and shopped at modern stores, can now be turned into killing machines?

The perception is that Vladimir Putin is a madman who will stop at nothing to enforce his will on the people of Ukraine and who knows what other nation in the future. How is he able to create an army of individuals who have lost their moral ground and abandoned all forms of accountability?

There is a reality to the actions of madmen and the actions of serial killers; but in the modern world, there had come to be some sort of belief that such massive, government-inspired atrocities were from another era, and the actions of men like Adolf Hitler were not likely to be repeated. Tragically, we are all discovering that this is not the case, and Putin has made his country into a pariah that will not gain its position in the modern world during most of our lifetimes. What the Russian leadership has done is incomprehensible, but the fact that his young men would ignore their own principles and follow his orders seems even more incredible.

In a recent discussion, the whole concept of “accountability” formed the basis of an intense conversation.  Just a few weeks ago, seven teenagers, including a girl, were charged with second-degree murder after a 16-year-old student was stabbed and eventually died in Edmonton. Again, I am sure that many of us ask: How could this happen? Where is the personal accountability for such a senseless and devastating act? Has our society become so flexible, so lacking in discipline and, worst of all, so hesitant to punish, that crimes can occur that are overwhelming in their nature yet appear to result in minimum retribution.

In my school days, I remember being called to the principal’s office over a small incident. He lectured me while the strap sat in full view on his desk. I did not get the strap that day, but I swore never to take that risk again, and for the rest of my time in junior high school, I made sure that the strap and I were never in the same room together. Is that where responsibility begins to break down? Is it when teachers are so afraid to enforce even the most basic rules for fear of retribution that we start to see a decline in moral responsibility?

Again, growing up in Calgary, I cannot recall people even talking about guns let alone hearing about them on an almost daily basis. The police were a respected part of our community and they were counted on to protect us from the criminal elements. Today you hear calls to “Defund the Police” and I wonder what kind of delusion exists for people who make those types of statements. I suspect that too many do not want to be totally responsible or accountable for their own actions and would rather find excuses for perpetrators while being critical of those tasked with the overwhelming role of keeping us safe.

It may be a leap to draw a line between brutal Russian soldiers committing acts of horror and local criminals who may be the sons or daughters of people in our own communities, but the breakdown of personal accountability and the lack of repercussions for breaking the laws of society all stem from similar roots.

At the end of the day, we must all face our maker and take responsibility for our actions. There are no excuses for what Russia has done any more than there are excuses for the killing of a boy. We must ask ourselves, how can this happen? And then we must not stop searching until we know the answers.

George H. Brookman is the chairman and company ambassador of WCD Ltd.