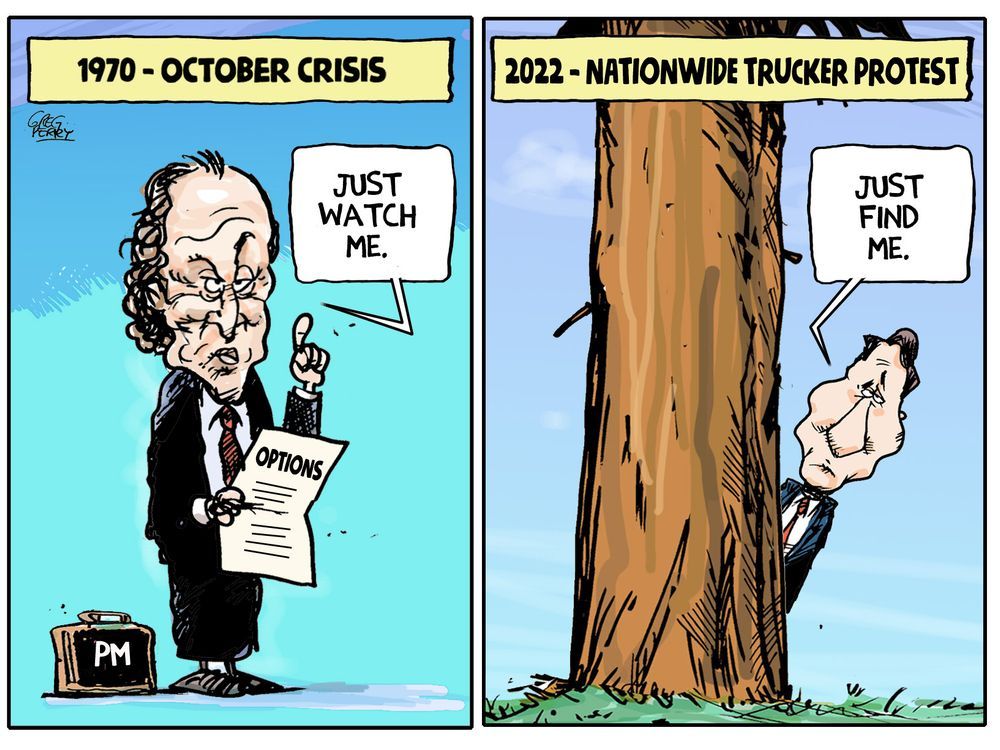 There are as many ideas about leadership as there are people able to form opinions on the subject.  Leadership can be squeezed to fit almost any situation, but in my opinion, leadership comes from facing a problem head-on, acting with clarity and confidence.

The Canadians who are protesting in Ottawa have provided an amazing opportunity for leadership among our political leaders, but they have dropped the ball. A leader would have walked between the rows of trucks, talking, maybe shaking hands, maybe just listening.

I do not believe that this is really about masks or vaccines; this is mostly about a level of frustration with government that found a cause that allowed it to manifest itself in this display. Had the prime minister stood on a podium on the lawn of Parliament and acknowledged the efforts of these Canadians to express their frustrations, I believe this might all be behind us already. Had he spoken to the groups of people and asked, “Choose six or eight of yourselves that I can meet with so that I can hear your voices.” This is not giving in to protests, right or wrong, this is an act of leadership and listening.

These truck drivers and others are largely just Canadians who reached a level of concern about what many consider to be government overreach in our lives. We do not have to agree with their stance or their tactics, but thousands of people do deserve at least a hearing with the man they came to see.

What the prime minister failed to do was to give these folks any kind of reason to say that they have been heard and should drive back home. Instead, he hid, he avoided talking to the people or even facing them and the result is that there is no clear ending. When the trucks all leave Ottawa, it will not be a victory for the protesters and it will not be a victory for the government, rather it will simply be a raggedy conclusion to a very sad moment in Canadian history.

Much of the problem stems from the fact that many of the political elites in Ottawa cannot believe that their vision of Canada is not universally embraced. Sitting in their home offices, collecting their government salaries, bonuses and vacation time, they cannot comprehend what the average person has had to deal with over the past two years. If you have no risk of losing your job, no reduction in your monthly income and the opportunity to simply work from home at the same time as you can walk the dog or babysit the kids, you do not understand the fear of losing your job or having your wages cut.

During the Second World War, Winston Churchill walked through London every morning and even at night during the Blitz. That is leadership. He did not fear the people, he spoke to them. He did not fear the bombs, he defied them. He resisted hiding in bomb shelters because he wanted the people to see him walking among them and giving them hope. He did not hide in his government cottage and appear occasionally like our groundhog who only comes out when he doesn’t see his shadow. There are no bombs in Ottawa, there are only a large group of citizens who found a way to break through the golden eggshell that is the Ottawa region and a lot of people were shocked to find out that everything they say is not necessarily accepted by the masses.

This Ottawa protest will end either by negotiation or by force. The lack of personal action by the prime minister will forever mark his time in this prestigious office. When the crisis hit, was he at the front of the line or at the back of the line? Was he, in fact, even around the line at all? Leadership is not hoping for a solution, leadership is being the catalyst of a solution.