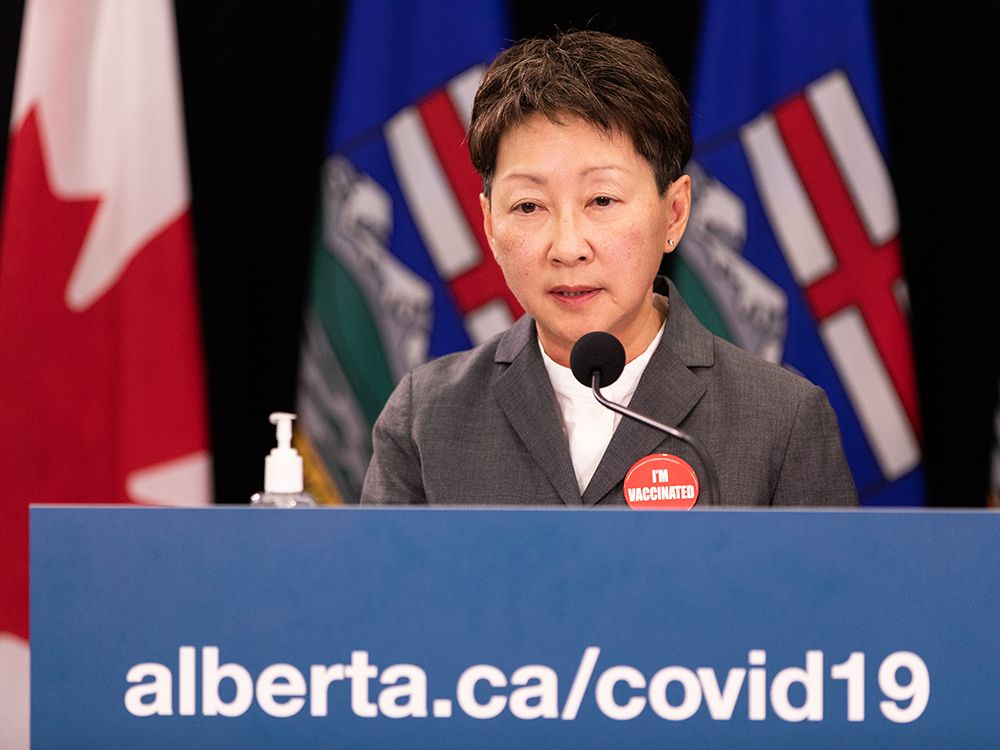 Dr. Verna Yiu’s abrupt departure as CEO of Alberta Health Services was a shock to many health workers who admired her calm, compassionate leadership.

But her exit will be an even bigger shock to the system itself. It signals the long-delayed beginning of UCP plans for major reforms in health care.

Yiu’s five-year contract was extended last year for two years, until the beginning of June 2023.

The sole reason for that extension was COVID-19. The government did not want disruption during a pandemic. And Yiu, most people will agree, has been a solid leader during the ordeal.

But now the government wants a new health leader with a fresh five-year mandate for the reforms to come.

Health Minister Jason Copping acknowledged this when he said: “It is time to move forward with an ambitious agenda to improve and modernize the health system, and renewed leadership at Alberta Health Services will support delivering those changes.”

The plans include more private clinics to do surgeries paid by health care, reform and expansion of primary care networks, major upgrades to continuing care, serious constraint in salaries and fees for health-care workers, and a great deal more.

Most initiatives were stalled by the pandemic. Those that did go ahead — the attempt to unilaterally cut doctor pay, for instance — led to political disaster.

Now the government hopes to show results by the next election day: May 29 next year, just a few days before Yiu’s contract was set to to expire.

There’s been no public sign that Yiu was ardently opposed to the reform measures.

But she took the CEO post in 2016 during the NDP years. She was sometimes too independent for UCP tastes. The government wants a CEO who is enthusiastic about the controversial plans for health care.

Some specific irritants had also built up on the government side.

In Premier Jason Kenney’s circle, it was felt that AHS was too slow in building up ICU capacity. They also found Yiu’s language alarmist when she talked about the possibility of running out of space. Personally, I found her directness reassuring.

Many in the government, especially rural UCP MLAs, resented her tough approach to the vaccine mandate for health workers. When the policy was softened recently, a note from Yiu to AHS staff made a point of saying it was done “as directed by government.”

At the best of times, there’s considerable rural suspicion of the giant, Edmonton-centred health system. The pandemic gradually turned this into virulent hostility. For some UCP members, Yiu began to look like a dictator.

The NDP pointed to specific attacks on her in the legislature by UCP members like Dan Williams and Shane Getson. Williams said AHS held “a knife to the throat” of remote communities.

NDP health critic David Shepherd alleged that Kenney sacked Yiu to win the support of extremists in his leadership review. That isn’t the whole reason, but there’s some truth to it.

Yiu surely won’t miss those side effects of her job. She probably has some juicy grievances of her own.

AHS employees were surprised on Monday morning to hear of her departure.

She was liked, trusted and respected. People who worked with her say she was fair and consistent even under the most intense pressure.

To maintain that loyalty from most of her staff during the searing trial of COVID-19 was truly a mark of great leadership.

The interim CEO is Mauro Chies, the vice-president of Clinical Support Services and Cancer Care Alberta. He’s well regarded within AHS and his appointment, hopefully, is a sign that the new Calgary cancer hospital won’t get lost in this shuffle.

There will surely be more departures. This government has a deep political and psychological urge to purge symbols of the pandemic.

On Monday, Dr. Deena Hinshaw, Alberta’s chief medical officer of health, was in a court hearing to defend her pandemic measures against legal challenges by churches.

It’s sad, really, how the heroes of a crisis can be the very ones cast aside.