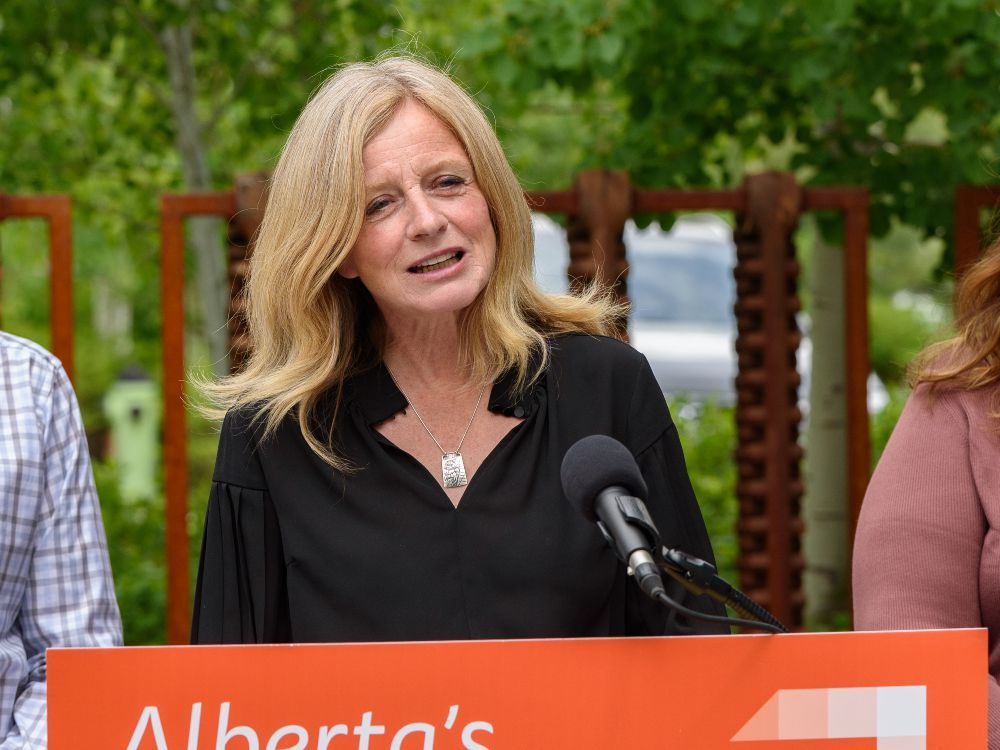 Dr. Deena Hinshaw’s huge $229,911 bonus, awarded by the government itself, brought a torrent of criticism from candidates who want to be premier.

Danielle Smith said Albertans are “rightly stunned and outraged” by the cash award to the chief medical officer. She promised a formal review of the UCP response to the pandemic, including Hinshaw’s role.

Brian Jean said, “Travis Toews, are you saying that as finance minister you were not aware that 107 people, including employees in the premier’s office and in your ministry, got $2.4 million in COVID bonuses?

“How can that be? Who was minding the store?”

Toews says he knew nothing about the bonus. On Wednesday he posted a promise on Facebook: “As premier, no bonuses without a minister’s signature.”

Notley said when the NDP was in office both she and the finance minister would have been aware and refused any such payment.

“Toews didn’t know about this bonus? If not, he had no business being finance minister,” she added.

Notley was in Calgary on Wednesday to release documents showing ambulance red alerts are occurring 10 times more often than they were in 2019. She said this means there were “up to 10 hours in one month when not a single ambulance was available.”

The NDP has been hammering for months at health-care closures, staff shortages and wait times, now including reduced service hours at urgent care centres in Airdrie and Calgary’s South Health Campus.

The UCP candidates more often steer clear of the embarrassing reports from the trenches of health care.

They focus instead on overall issues like governance of AHS. Toews, for instance, has called for a return to regional health authorities. Several candidates think reorganization is the key.

Notley says, “In the middle of this, that’s what they think should be a priority? Give me a break.”

She alleges the UCP is “uninterested in solving the problems. They see this as an opportunity for them to profoundly deconstruct the health system . . . they’re running on a platform of making it a heck of a lot worse.”

The leadership race was always likely to turn toward criticism of the government, as candidates struggle for support and membership sales. But they’re starting to score on their own net.

The latest fundraising totals show the NDP ahead once again, with $2,467,315 raised in the first six months of this year.

The UCP collected $1,409,149 in the same period, although this doesn’t include totals for individual ridings.

The seven leadership candidates, each paying $175,000 for the privilege of running, are supplying the UCP with more than $1 million.

But the well-funded NDP is already doing something the UCP can’t match during a leadership race.

The party is running what looks and sounds like an election campaign nearly 10 months before the scheduled vote next May 29.

NDP radio ads plugging Notley and the party have been playing in Calgary for weeks. In smaller centres where the NDP has strength, social media ads are targeting voters.

“The reason we can start so early is because of the generosity of our donors and supporters,” says Brandon Stevens, the party’s principal secretary.

“If we can keep posting the fundraising numbers we’ve had for the past year and a half, we can continue with this kind of campaign.”

Presumably, the NDP already has enough in the kitty for the full 28-day campaign next spring. This frees current contributions for the early push in Calgary, the key battleground.

In the old PC days, Alberta conservatives ran leadership campaigns five times while in government, often criticizing their own record without a moment’s worry about the weak opposition.

They’re at it again. But the modern NDP is not that opposition.