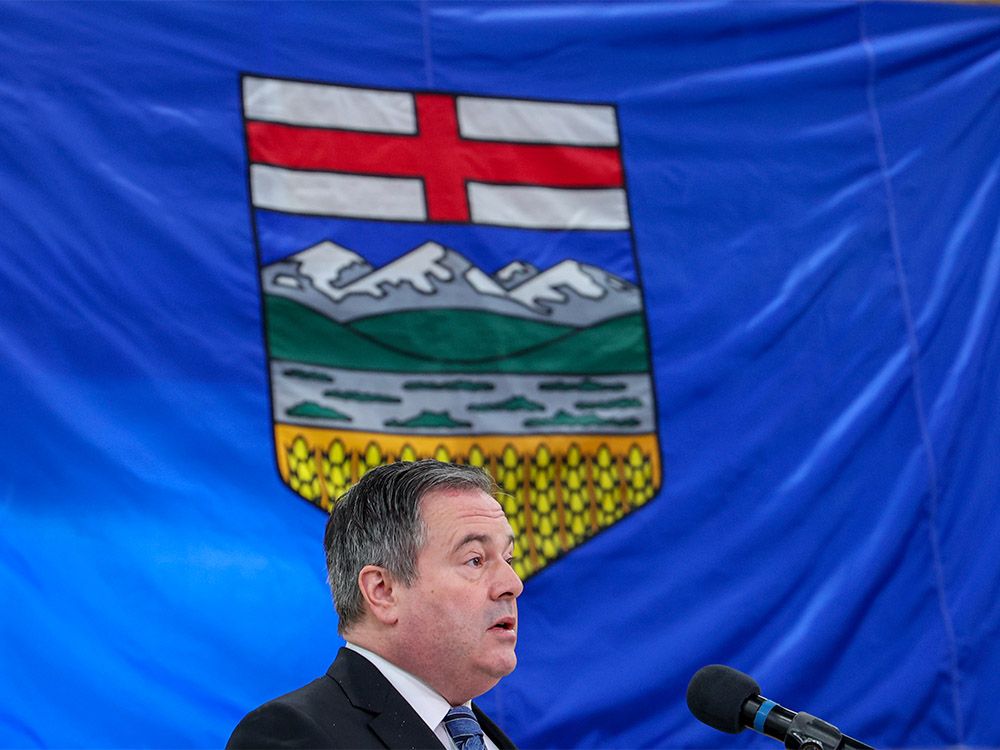 The party’s elected volunteer leader also insists Premier Jason Kenney had nothing to do with changing the vote from in-person balloting on April 9 to mail-in ballots with results to be announced May 18.

“The premier was not involved at all in the decision-making. It’s the (party) board’s responsibility because we represent the membership,” Moore said in an interview.

“We didn’t talk to the premier at all about this. He may or may not like all of our decisions. He’s very respectful of that.”

Albertans may or may not believe what she says, given the corrosive atmosphere of politics in general, and within the UCP rebel camp that wants to unseat the premier.

The UCP board, the group of volunteers elected by members to run the central apparatus, has taken as fierce a pounding as the premier himself.

“We’ve tried for many months to find constructive, positive ways of doing things and resolving problems,” Browne said. “But the party executive just doesn’t listen to anything we say.”

Without mentioning Browne by name, Moore rebuts the view that communication is non-existent.

“Since January we’ve had six meetings for all presidents, with over 60 presidents participating each time. We’ve talked at length about the leadership review,” she said.

“We also have monthly regional presidents meetings, which I attend as much as I can, so there’s lots of opportunity for presidents to discuss with us the issues as they come up.”

Browne says the party never responded to the unanimous demand of 26 ridings for a leadership vote before March 1.

Moore says the party did react by announcing a Special Meeting on the leadership for April 9.

But the board’s most contentious move came later. Faced with the prospect of 20,000 voters descending on Red Deer, it altered the entire process.

Moore says the decision wasn’t easy or motived by a desire to influence the result one way or another.

“The move to mail-in ballots, that was a very thoughtful, long discussion, because the tradition of meeting in person was really important to us. Moving away from that was difficult.

“But in the end we may have changed the way leadership reviews are done in future, because we have found the most democratic way to do it. Once you open it up to the entire membership, it just makes sense.

“There are some people who will never be happy. That’s their choice.

“But I feel very good about what we’re accomplishing here. We need to get this government re-elected and I’m doing my best to support all our members in that effort.”

Moore acknowledges that some people have received more than one ballot. “If those people choose to vote more than once, which we hope they won’t, our ID verification process will catch it,” Moore says. “Actually voting more than once will be impossible.”

Between May 11, the last day for ballots to be received, and counting day on May 18, volunteers will be working three shifts to validate identification.

The ballot envelopes remain sealed through this exercise, Moore says. They’re only opened during that counting at the Deloitte office in Edmonton. The president says 100 people from all corners of the party, including Kenney opponents, will be in the counting area.

Sometime between 4 and 6 p.m. on May 18, Moore and the chief returning officer, Rick Orman, are expected to announce the result.

Moore’s parents, Pat Moore and the late Sherrold Moore, were conservative stalwarts back to the time of Premier Peter Lougheed.

“I’ve been a member and volunteer my entire adult life,” Cynthia Moore says. “I get upset when I’m now characterized as elitist because I’m the president. I feel that I do this for the members.”

Ten of those members are demanding that she resign, along with executive director Dustin Van Vugt. The matter is now in arbitration.

That’s how it is in this government party that seems as much at war with itself as with the NDP.