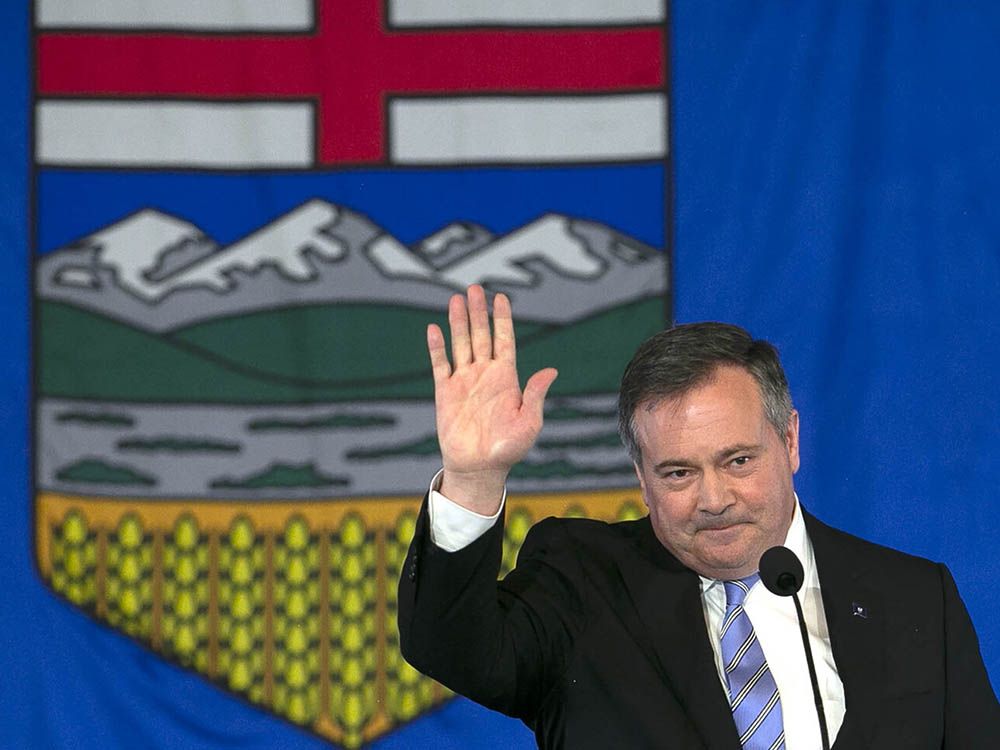 Many UCP politicians and activists are furious at Premier Jason Kenney for blaming his forced exit on anti-vaccine militants.

“Why is this guy still allowed in front of a microphone, saying things like this?” says one prominent UCP MLA, who asks not to be named.

“It’s frustrating and divisive and not reflective of where Alberta is going as a whole. It’s time to move on.”

The party critics say Kenney is refusing to admit his own failings, which they consider a far larger factor in the party rebellion than anti-vaccine sentiment.

Kenney’s approval rating was only 51.4 per cent. He announced his resignation May 18, to take effect when a new leader is chosen.

Over many conversations, Browne says, “every single president I dealt with indicated to me that they were vaccinated.

“In 16 months, I have not had one person talk about anti-vax. I don’t know where those anti-vax people are — in Saskatchewan, maybe?

“But did I hear about coal mining on the eastern slopes? Yes.

“Did I hear about doctors, nurses, the curriculum, too many staff from Ottawa? Yes.

“I don’t know why he keeps talking about anti-vaxxers. I’m not a psychiatrist, so I can’t tell you.”

Rob Smith, president of the Olds-Didsbury-Three Hills riding association, says the talks often related to “the party being all about Kenney.

“There wasn’t respect paid to the grassroots, there was a very ivory-tower atmosphere where MLAs and even ministers were out of the loop. There is a top-down attitude to government.”

“The fact that his party said ‘we don’t want you’, and he’s still trying to blame it on those few anti-vaccination people, it doesn’t help anybody.

“But I don’t think we’re going to see any level of contrition from Kenney. That’s why I was against him staying as leader.”

In his remarks Tuesday, Kenney didn’t mention anything but anti-vaccine militancy as a factor in the disastrous vote.

Talking to reporters, Kenney blamed “a small but highly motivated, well-organized and very angry group of people who believe that I and the government have been promoting a part of some globalist agenda, and vaccines are at the heart of that.

“I don’t think most of these people have ever before been involved in a mainstream centre-right party and I suspect many of them won’t be in the future.”

While saying this group was “small,” Kenney also claimed a “huge” number of memberships were purchased by people who had never been UCP members before and probably belonged to far-right fringe parties.

Kenney is giving the extreme anti-vax militants far more credit than they deserve. People who analyzed the vote don’t believe their influence was significant — especially after the party froze membership sales, and only then announced mail-in voting.

Another UCP MLA said: “Jason Kenney did not lose because of COVID and vaccine alone. That is not true. He lost because he spent the last year blaming other people for the errors he made. And he continues to do it today.

“This is exactly why he shouldn’t continue as leader now. Because all the candidates are going to have to answer, do you believe Jason Kenney is out because of anti-vaxxers?”

UCP MLAs have agreed among themselves not to speak on divisive internal issues, but some are so angry about Kenney’s remarks that they were willing to talk without names.

Often they resent being branded as anti-vaccination when they oppose measures like passports, but choose to be vaccinated themselves. It’s a complicated dynamic that Kenney now uses to deflect blame from other issues that cost him the premiership.

The premier’s political reputation stems from two factors: his long string of election victories and his reputation as an unbeatable organizer.

May 18 severely damaged both. It must be hard to accept.