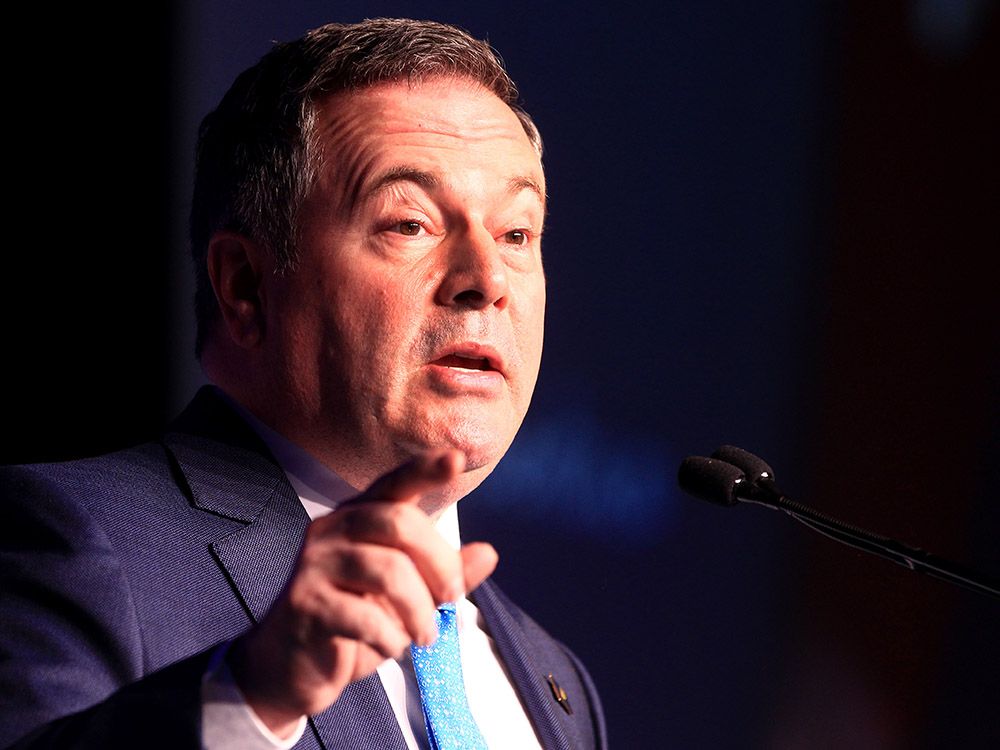 He described the glittering scene in Davos, Switzerland, as “a couple of thousand super-rich people arriving in private airplanes to spend a week lecturing the rest of the world.”

The ideology around The Great Reset (the notion that the world should be radically rebooted after the pandemic) “is a grab bag of left-wing ideas for less freedom and more government.”

There’s nothing surprising in those views. Kenney is the most conservative Alberta premier since Harry Strom, the last Socred who served more than 50 years ago.

But now he’s charged with being a deep state agent of the same World Economic Forum. The arch-conservative is suddenly a communist. Conspiracy theorists have gone that far down the rabbit hole.

On a Facebook live held Wednesday, a viewer made a comment that Kenney read aloud: “You hired the WEF to do your review, genius.”

The thinking behind this — although it hardly deserves the name — is that the accounting firm Deloitte, which will oversee Kenney’s leadership review, is in league with the World Economic Forum to subvert the vote.

Kenney told the viewer the thought is so ridiculous he didn’t even know how to respond.

“All I can do for you, honestly, is recommend that you switch to decaf, spend less time on the internet, go out for a walk, get some fresh air. There are no black helicopters.”

Kenney faces these bizarre allegations all the time. He’s branded as a conservative kook by the left, while the genuine kooks on the right say he’s working with Prime Minister Justin Trudeau to take over the world.

Many politicians have the luxury of ignoring the fringe. Kenney regularly dives into battle. The counterattacks are part of his strategy for holding the leadership.

He says the conspiracy theorists, racists and extremists are trying to take over. He vows to protect the UCP as a true “mainstream” party.

“I have seen a growing number of voices from the far margins of Alberta politics that are, I would say, extreme, and have been trying to get involved in the leadership process in our party,” he said March 25. “That does concern me.”

He cited another Facebook comment that included an anti-Semitic slur, deleted here: “We’re coming for you, Kenney. On April the 9th, we’re taking you and your corrupt government down. You and the . . . great reset tyrants are headed to the Nuremberg trial.”

April 9 was the original date for the leadership vote. The commenter, Kenney said, intended to buy a party membership and vote.

While the premier vows to keep radicals out, he’s less clear about who, exactly, he includes in the category. That gives some UCP people the impression he’s branding everybody who opposes him as extreme.

But that’s not what Kenney says. He does acknowledge that many mainstream UCP members aren’t happy with him.

“There’s a lot of people who have been frustrated with the past two years during COVID, or have other reasons for wanting a leadership election,” he said March 25.

“I respect that and I welcome that, quite frankly. And I acknowledge that there are a lot of mainstream conservatives who are frustrated with the past two tough years and would like a leadership election. I respect them and their perspective.”

Kenney doesn’t say that often enough for his own good — although, when he does, it often gets little or no media attention.

At least a half-dozen UCP members who openly oppose him still sit in his caucus.

If he wins when the votes are tallied May 18, there will be a reckoning.