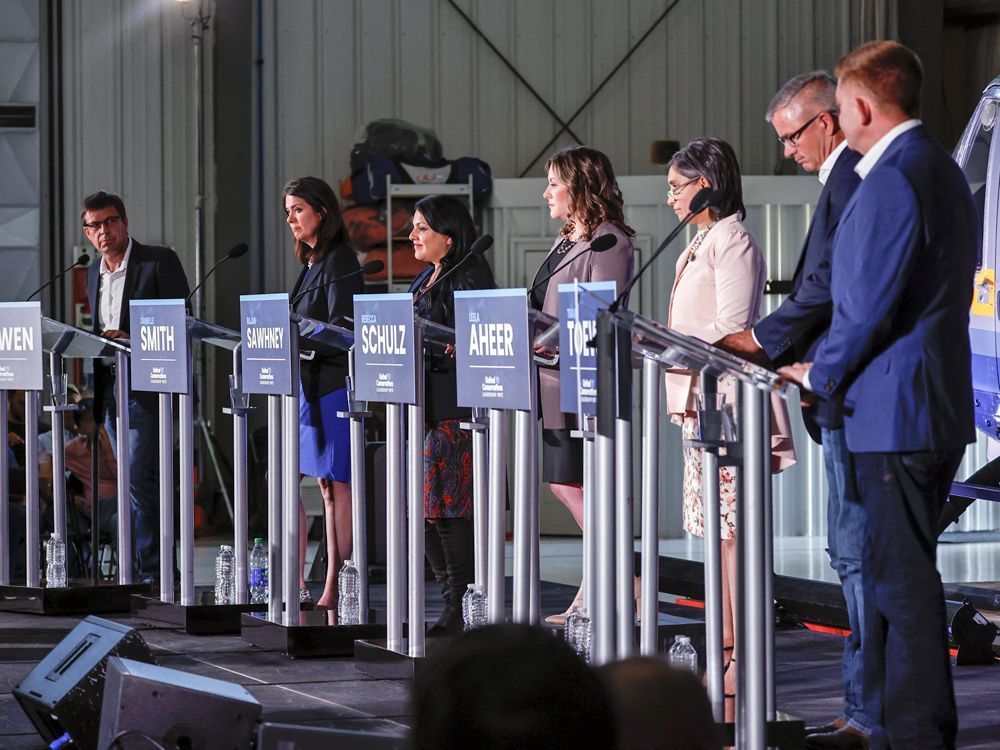 With all the UCP uproar over Danielle Smith’s Sovereignty Act promise, it’s widely believed that the government caucus will melt down in bitter division if she wins the leadership, paving the way for an NDP victory next spring.

Don’t count on that. Many in the UCP’s 60-member caucus are already adjusting to the strong possibility Smith will win on Oct. 6. These are politicians above all else, and they want to win another election.

One MLA summed up the feeling this way: “There is no one in this caucus, not one person, who thinks a Rachel Notley-led government is better than a Danielle Smith-led government.

“The feeling is, let’s get our arrows pointed in the same direction.”

The mere fact of this happening shows that many UCP MLAs believe Smith will win. In some rural ridings, MLAs can’t find party members voting for anyone else — except maybe Todd Loewen, who has a big following.

Recently Smith’s campaign has been privately sending out conciliatory messages to other candidates. Her campaign chair, Rob Anderson, now says it publicly:

“If Danielle becomes premier, she is not going to waste time settling scores with former leadership opponents and their supporters after a hotly contested election. That’s what children do in the schoolyard.

“Albertans expect us to be adults, put petty rivalries aside and work as a united conservative team; and that team will include every elected conservative MLA in the province regardless of past criticisms.”

That might displease some party members and MLAs who want the next premier to erase every vestige of Premier Jason Kenney’s tenure. Smith is saying clearly that she won’t do that by banishing or punishing individuals.

Some Sovereignty Act detractors could actually stay in cabinet, very likely including Energy Minister Sonya Savage, despite her recent op-ed blast at Smith’s plan. Finance Minister Jason Nixon has been harsher but even he might be safe. (If they even want to stay, that is.)

Loewen, who supports the Sovereignty Act without reservation, would almost certainly get a key job — his ultimate revenge for being kicked out of caucus at Kenney’s instigation.

But first, Smith needs nearly unanimous caucus support for the Sovereignty Act she intends to bring to a vote in the house.

To that end, she’s very likely to arrange adjournment of the legislature until mid- or late November.

Currently, the fall opening is set for Oct. 31. The extra weeks would give Smith time to work on caucus unity. New ministers would be able to settle into their jobs.

Most of all, the extra time would be used to produce a Sovereignty Act that could both pass the legislature and be accepted by Lt.-Gov. Salma Lakhani, who has already made the obvious point that she would not approve an unconstitutional bill.

Smith’s people feel they can convince hesitant UCP members that the bill won’t provoke a national crisis and will itself be fully constitutional, endorsed by scholars in the field.

Another obvious job would be to get the new premier elected. She’s the only one of the seven candidates who isn’t an MLA.

It’s very odd for the government to be run for an extended period by a premier who hasn’t won a seat. (And, yes, she would immediately be the full-fledged premier.)

But this is a known problem and relatively easy to fix.

Smith would be in the same position as Jim Prentice in 2014. After he captured the Progressive Conservative leadership on Sept. 6, Prentice won the Calgary-Foothills riding on Oct. 27.

Len Webber had cleared the way by resigning his seat at the end of September, the day after he won a federal Conservative nomination.

Don Getty was seatless twice, briefly after he became PC leader and premier in 1985, and again when he lost his Edmonton riding in the 1989 general election. He won byelections both times.

There’s a choice vacant seat waiting for Smith – Calgary-Elbow, recently vacated by Doug Schweitzer. But it might not be the safest ride for her.

All this, of course, is hypothetical until the ballots are counted on Oct. 6. But Smith’s campaign, never short on nerve, is already trying to shape a post-vote mindset in both the party and the public.