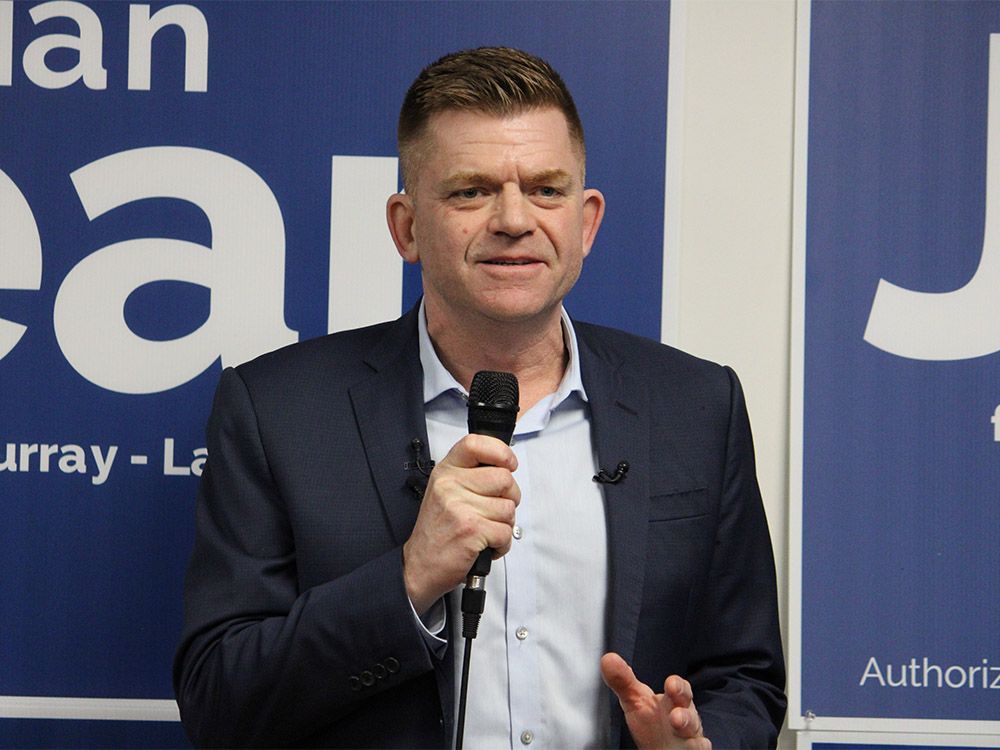 He’ll be in the Speaker’s Gallery on Thursday. Speaker Nathan Cooper will introduce him, three weeks before he can actually be sworn in because of time allowed for election appeals.

Formal introduction is a standard courtesy for byelection winners, but there’s nothing routine about Jean’s arrival. Applause will be muted, or inaudible, along Premier Jason Kenney’s government front bench.

The message from Jean, the former Wildrose Party leader, could not be more apocalyptic for the UCP he helped create.

“Every single Albertan, even the people who don’t want Mr. Kenney to go — that would be the NDP — all of them know that he needs to go if the UCP is going to win the next election,” Jean said in an interview.

“Everybody knows that. Even Mr. Kenney knows that. The question is why he’s still there. He needs to go if we’re gonna have a chance.”

Some recent polls have elaborated the premier’s long-standing popularity woes, but others show he and the UCP are now gaining ground with the easing of pandemic rules, the balanced budget and revival of the economy.

Kenney and his people are desperate to get across his message that he’s coming back, and that throwing him out will turn the party over to “extremists” who couldn’t win an election.

But Jean reads his 63 per cent majority win in his riding, Fort McMurray Lac-La Biche, as a much wider endorsement.

“I think I’ve got a clear mandate from Albertans that I need to renew the UCP and stop the NDP’s obvious success in one year from now.

“If we don’t renew the UCP we’re going to have an NDP supermajority, and I’m very worried about that.”

Jean demands quick admission to the UCP caucus so he can state his case directly to the premier.

“Unlike most politicians I won’t stab people in the back,” he says. “I’m right in front of you. I’m going to tell you what’s best for the team.

“Yes, I am expecting to be admitted to caucus. My nomination was allowed by the UCP. I’m now a member-elect of that caucus and I’m hoping to be able to take my place so I can represent the people who sent me here.

“I don’t come forward with a presupposed position on anything except that if we don’t renew the UCP we’re going to lose the next election.”

Jean goes further, insisting that if not for him Kenney wouldn’t be premier and the UCP would not even exist.

“It could not have happened without the Wildrose official Opposition agreeing.”

Referring to his role as Wildrose leader, Jean added: “A few years ago I stepped down from a very serious job, a very good job, a very well-paying job, for the better interest of Albertans and the conservative movement in Alberta.

“That was a job where I could have a real significant positive impact on people’s lives. I didn’t have to resign.”

“What I’m concerned with is that he has lost his way. When the Grassroots Guarantee was taken off his website just days after he won the leadership, that was a wake-up call for me.”

During the campaign to lead the unified party, Kenney’s written guarantee assured UCP members that policy would be developed by them, “not imposed by its leader.”

He said the Alberta conservative movement had splintered “partly because of an arrogant, top-down style of leadership.”

If there’s a new leadership election after the April 9 vote in Red Deer, Jean will run.

But some MLAs who want Kenney out say he isn’t right for the job. They want a fresh leader who can finally leave this spectacular mess behind.

The trick is to prove that’s even possible.