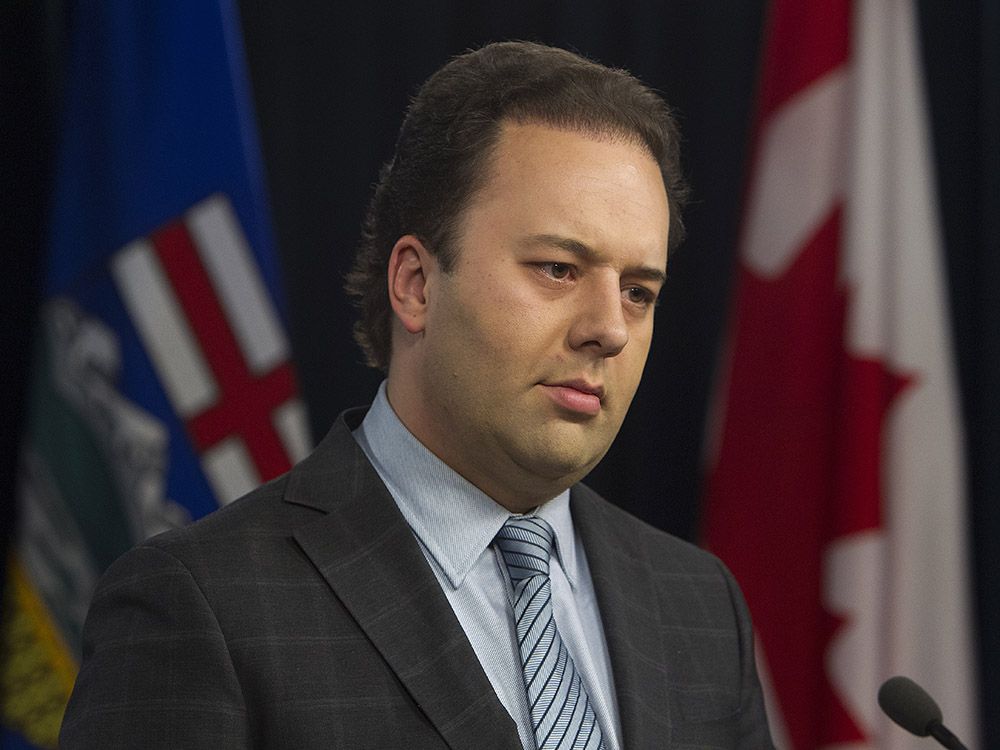 Brian Beresh, an Edmonton defence lawyer, is stunned that Jonathan Denis would threaten to sue a plaintiff in a trial while she was giving evidence.

“Every student after three years of law school knows you just don’t do that,” he says. “That’s fundamental for any lawyer — especially one who used to be the justice minister.”

Denis was cited for contempt of court Wednesday by trial Justice Doreen Sulyma. This is no small thing; a judge can impose all sorts of penalties, including jail time.

There will be a hearing next week to set a date for any penalties.

But Denis’s lawyer intends to file an appeal directly to the Court of Appeal, asking that the contempt finding be quashed and proceedings stayed.

Beresh, who has served on Law Society investigation panels, says Denis could face a hearing on possible disbarment, although he’s not sure the case would be strong. Other lawyers consider disbarment unlikely.

But, really, what a bizarre run for Alberta conservative justice ministers, past and present.

Kaycee Madu recently lost the Justice post after he was found to have called the Edmonton police chief over a traffic ticket.

Madu was replaced in Justice by Tyler Shandro, who faces a Law Society investigation over allegations that he harassed critics when he was health minister. That’s still underway and the allegations are unproven.

No minister of the Crown is allowed to interfere with a trial, exercise influence on police, or (as in the Shandro allegations) use information obtained through government to seek out critics. It’s improper to give even the appearance of such actions.

Denis hasn’t been a minister since 2015, when he was removed from cabinet during a bitter legal dispute with his then-wife. That burst into the open the day before the election that cost the PCs the government, and Denis his Calgary-Acadia seat.

Denis was in charge of Justice around the time when Anny Sauvageau was the province’s chief medical examiner. She’s seeking $7.5 million in damages for what she claims was unfair treatment and lack of proper independence.

Denis denies threatening to sue her for anything she said in the trial. He was referring to things said against him in public, which are not privileged.

Sauvageau, for her part, denied saying anything to the media. She said Denis’s legal threat made her fearful that testifying would get her sued.

The judge found Denis’s intervention “an act of intimidation” and ruled him in contempt “on a beyond reasonable doubt basis.”

The ex-minister is also on the public griddle this week for allegedly paying an investigator to find the phone records of former Herald reporter Alanna Smith, who had asked questions about the attendance at his second wedding during the time of COVID restrictions.

The investigator, David Wallace, said he went public because he was tired of “being a tool” for the political backrooms.

Denis acknowledges he did have a contract with the investigator; but in his first comment on this matter, he denies that he ever asked for phone records.

“I am sorry if the reporter felt her privacy was being violated, just as I felt she was violating my privacy by trying to find a negative story about the happiest day of my life. Let’s not forget that. For the record, I never asked for nor received private phone information.”

Denis apologized for sending the defamation warning to Sauvageau’s lawyer. But Justice Sulyma still issued the contempt finding, a damaging slap in the rarefied legal-political world.

A few weeks ago Denis was the southern Alberta campaign organizer for Conservative leadership candidate Pierre Poilievre. Now he says he voluntarily resigned on Saturday, after the court issue came up.

As a young reporter in Montreal in 1976, I covered the criminal contempt trial of a federal Liberal cabinet minister, Andre Ouellet, who called a judge an idiot for exonerating sugar companies charged with price fixing.

At one point in this explosive controversy, a prominent Liberal minister, Bud Drury, phoned the Quebec judge assigned to the contempt trial, asking what might be done to reach a nice outcome for everyone.

Ouellet lost his cabinet post. He was convicted at trial, given a three-month suspended sentence, and assessed court costs.

Alberta did not pioneer this political affinity for sticking one’s nose into the legal process.

The basic points are: Don’t interfere with a trial, don’t threaten to sue a witness, don’t call a police chief over a ticket.

Most regular folks understand all that without even paying for law school.