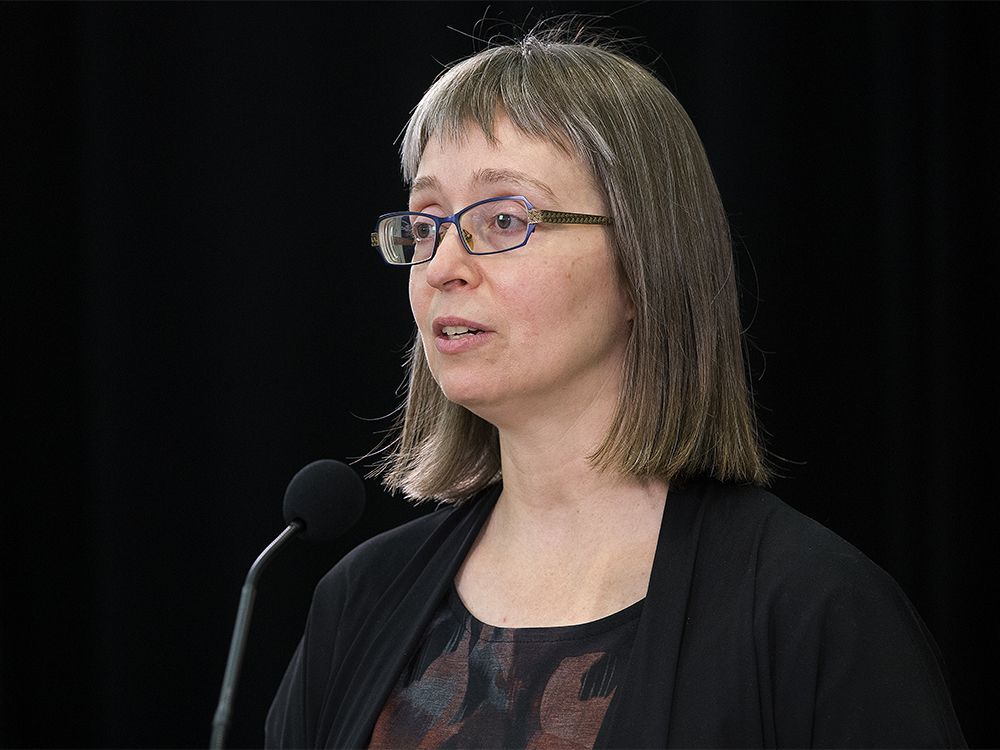 COVID-19 never takes a holiday, but humans do, including the Alberta public health officials who provide essential statistics about the pandemic.

That’s why there was no exact count Tuesday of new cases for any day since Dec. 23. And no count at all for deaths.

This comes just as Alberta is facing the greatest wave of infections since the start of the pandemic nearly two years ago.

By taking it so casually, the public health crew blunts their own message of looming crisis. They do it just when people are hungry for information to make decisions about travel and family visits.

But several of those provinces did provide exact details Tuesday — Quebec, Ontario and Manitoba, as well as three of four Atlantic provinces, where the regional bubble has finally burst.

At least six provinces and territories recorded all-time highs. In Quebec, where 12,833 new cases were reported in one day, the government seems almost panicked.

The exact figures will be posted Wednesday — six days after the last set was made public.

Meanwhile, the positivity rate for tests is 33 per cent in both Calgary and Edmonton. Those are just the ones the government knows about. Many people who do rapid tests at home don’t report the results.

There is every chance of a massive surge of infections in weeks to come, with a corresponding onslaught on the exhausted health-care system.

Yet the people who are supposed to keep track took a five-day break. It’s kind of like shutting down the fire station for Christmas.

The situation in Quebec — one we might face in Alberta — is so dire that the health minister, Christian Dubé, announced a startling decision.

He said Tuesday that up to 10,000 health-care workers are expected to be off-duty because of COVID-19 infections or positive tests.

The staff shortage is so extreme that he will allow some who tested positive to go back to work.

Infected employees will be assigned to work with infected patients on grounds that since both caregivers and patients have COVID-19, neither can infect the other.

That is what you call a desperate move.

I asked Kenney on Tuesday if anything like that could happen here.

The Quebec policy isn’t being considered at this point, the premier said, “but I don’t think we can completely rule out that if our hospitals were under the most extreme kind of pressure, we would have to modify the self-isolation requirement to maximize the workforce.

“An essential concern about Omicron, given its infectiousness, is we expect it will require isolation of a significant and growing number of the health-care workforce.”

That will be extended to the whole province, AHS said in a news release.

Doctors and other staff will be allowed to work unvaccinated “to ensure the anticipated demand on the health-care system caused by the Omicron variant can be met.”

The government is also considering dropping required isolation time from 10 days to five.

The sick rate for AHS employees actually hasn’t changed much through the pandemic. In December it usually hovers at about 5.5 per cent.

About 10 per cent of nearly 90,000 AHS employees tested came up positive.

Omicron could escalate those numbers in a big hurry. The health-care collapse they’ve always warned about may soon be upon us.

Hinshaw warns that we’re only seeing the tip of the iceberg. And yet, like the Titanic, her ship wasn’t really on watch.