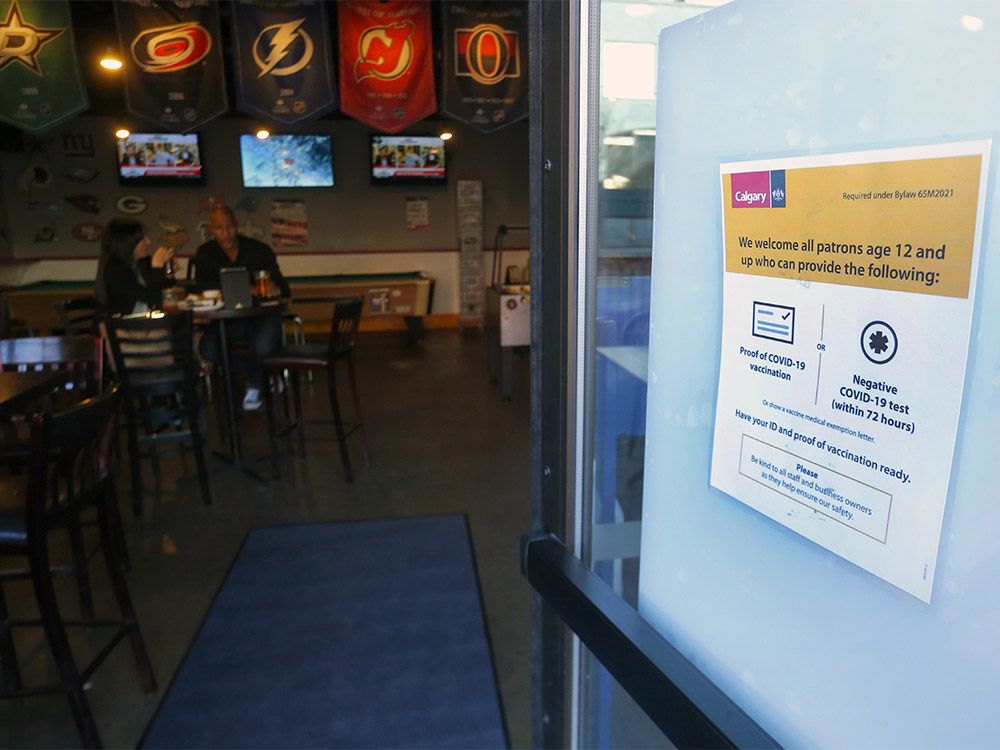 The UCP government spent two years building a tower of complex health measures — adding restrictions, then taking them down, ramping up again, and on and on for what seemed like eternity.

Now they’re talking about collapsing the whole structure. This was going on Monday in an atmosphere of deep government secrecy. The decisions are likely to come Tuesday.

But taking down the passports and other measures is not simple, as the cabinet committee deciding these things is surely aware.

Here are some dilemmas the 10 ministers face, gleaned as the government dropped into tomb-like silence Monday morning: First of all, QR codes are useful for travel outside Alberta and will likely be kept for that purpose.

Most Alberta businesses seem to want the passport system ended. But some, especially restaurants, want to keep using passports for a while because the checks make clientele feel at ease.

The upshot could be that while passports will no longer be mandatory, they will live on as a voluntary measure.

If that’s the case, does the government continue to support the reader app that businesses use to scan your QR code?

It’s not clear yet. If the QR system does shut down, businesses that still want proof of vaccination would have to ask for printed vaccination records, as they did before the scanning system began.

Either way, use of voluntary passports means businesses would once again deny people entry, this time without government backing. In today’s climate that could lead to very ugly scenes.

The big question, a tough one in the circle of Kenney’s caucus, is whether the government will support even voluntary passport use for businesses. Or will it simply declare any request for vaccine proof improper?

This is a key question, especially in light of Kenney’s suggestion that the province might take the power to mandate mask use away from municipalities.

Remember when the UCP didn’t want to require masks and gladly pushed the responsibility to town and cities?

Now it would do the reverse by denying the legal authority to local governments. This would remove flexibility to deal with local health conditions; the very thing the government praised not so long ago, when it forced the cities to take the rap.

The reason for taking the power from munis, Kenney suggested, is that towns and cities don’t have the data they need to make good decisions.

That was never mentioned when the government dumped the job on local councils.

But now, the government clearly does not want Calgary and Edmonton to reverse its decisions, either for masks or vaccine passports.

Not all measures (presumably including masking) will be lifted right away. By what metrics is that justified, with case counts so high?

The government is apparently considering the debatable argument that overall hospitalizations are normal for this time of year, despite high COVID-19 case counts.

Hospital admissions could be de-emphasized as a trigger point for cutting restrictions, and replaced with some other metric.

There’s also a social side to this which the committee should seriously consider.

Some people who felt oppressed by government measures may take their anger out on those who continue wearing masks, observe distancing guidelines and act carefully in public.

Many vulnerable people will surely continue to follow practices they’re familiar with, at least until infections fall to a much lower level.

Kenney has said he accepts and understands that some people refuse to get vaccinated.

He’ll need to be equally supportive of Albertans who keep observing measures that are no longer mandatory, because there’s a backlash brewing in Alberta.