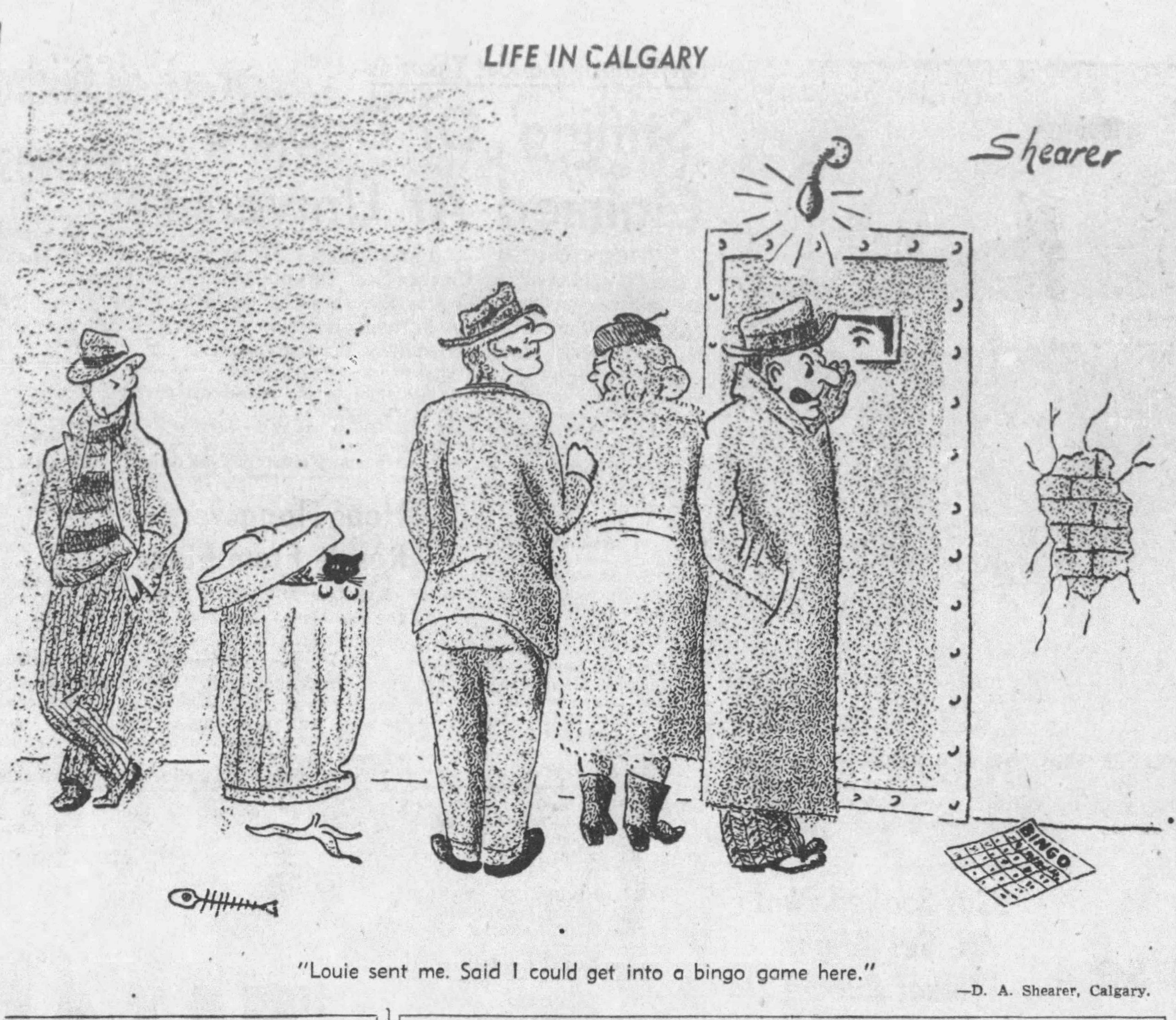 Under the B, ban bingo. That was the order of the day from lawmakers in 1952.

In December of that year, the provincial attorney-general decided a crackdown needed to occur regarding bingos, lotteries and raffles. A number of bingo games had been operating “wide open” in Calgary for several years, the police chief of the day noted. However, the only legal bingo games that should have been occurring were “occasional” games, in which proceeds were being used for a charitable purpose.

Many community groups voiced concern that the ban on bingo would hurt their fundraising efforts.

The city was filled with both anti-bingo and pro-bingo folks, as the Letters to the Editor pages from 1953 reveal.

Calgary City Council eventually weighed in as well, and on Feb. 16, 1953, council passed a motion (six to five) to ask the provincial government to allow charitable games of bingos, similar to what was occurring before the December crackdown. One alderman said, “I oppose the motion because gambling by adults sets a poor example for the youth of the city,” but others noted Calgarians liked their “games of chance” and the games had been raising money for good causes.

Within 10 days, the issue was back before the Alberta legislature, which decided bingo should be allowed to operate as it was before two-month crackdown occurred.