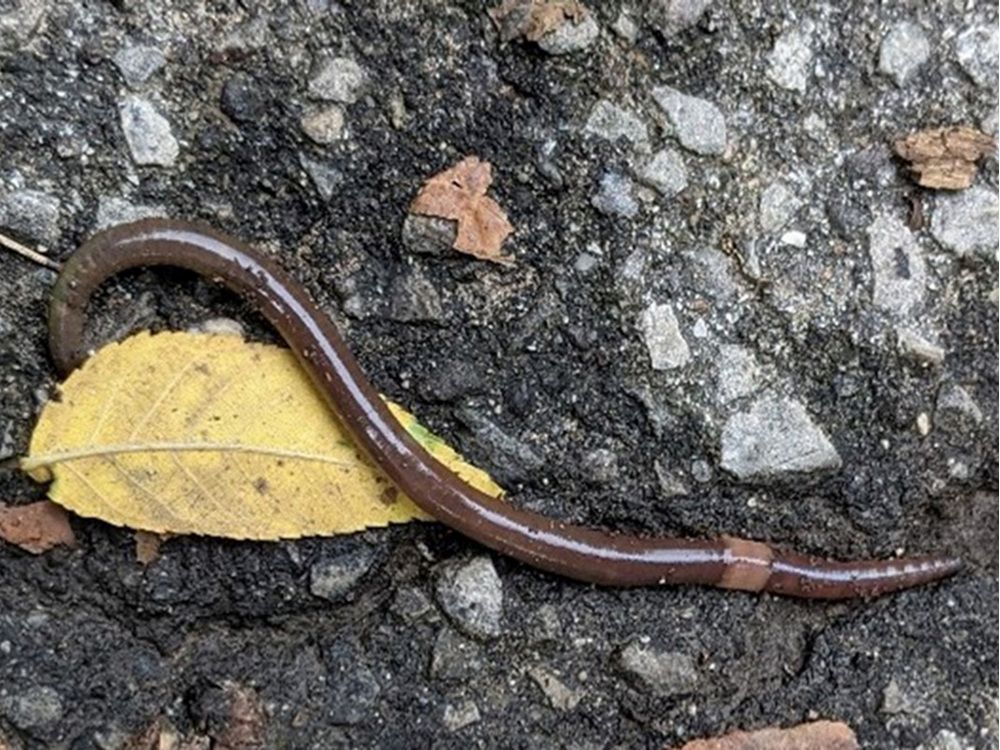 It’s enough to make even an annelidologist squirm — a bowl of jumping, gyrating earthworms, writhing like a plate of possessed spaghetti.

They’re jumping worms and they’ll be coming soon to a garden or a forest near you. That is if they’re not here already.

“They’ve been around a while and they’re coming more and more onto the radar here in Ontario in the last year,” says Colin Cassin, an invasive species policy manager with the Invasive Species Centre in Peterborough.

Known as Asian jumping worms, crazy worms, snake worms, Alabama jumpers or just jumping worms, the slimy little annelids are interlopers that have the potential to profoundly change Ontario’s forests, threatening even the provincial flower, the trillium. Native to Asia, the jumping worms have been in North America for more than a century, but they have begun to increase their range in recent years. Populations are well established in Great Lakes states.

In Ontario, confirmed populations have been found around the Greater Toronto Area and in Hamilton and Ancaster, Cassin said.

“Wisconsin and New York have been pretty familiar with them for a while, but in Ontario, we’re only just becoming aware of them.”

You don’t have to be an annelidologist — earthworm expert — to identify a jumping worm. They are a smooth, glossy grey-brown colour, paler than the common reddish-brown dew worm. Their clitellum — the light-coloured band encircling their body — is a cloudy greyish-white and they are usually a bit smaller than dew worms.

But the easiest way to identify a jumping worm isn’t by its looks, but rather by its behaviour. When touched, they writhe and wriggle like, well, a jumping worm. They can even flip out of a shallow container, hence the name. And they’re rarely alone. If you see one jumping worm, it has plenty of friends nearby.

Surprisingly, nearly every earthworm in Ontario is an invasive species, including the common dew worm or nightcrawler, beloved by anglers, gardeners and early birds. Of Ontario’s 20 species of earthworms, only two are native and those are rarely seen, Cassin said.

Though dew worms are not native, they perform a valuable service by breaking down leaf litter, aerating soil and spreading nutrients to plant roots. But jumping worms are like dew worms after a triple espresso, churning through the rich organic layer beneath the leaf litter faster than plants can absorb the nutrients. Jumping worms reduce the soil to tiny pellets like coffee grounds, which can easily be washed away. They reproduce faster than dew worms, reaching maturity in 60 days and are capable of producing two generations in a year. They are parthenogenetic, meaning a jumping worm can self-fertilize itself. They lay tiny eggs the size of mustard seeds that are impervious to drought and cold.

The worms’ presence can change the forest understory, killing native wildflowers like trilliums and bloodroot and harming ground-nesting birds.

“They degrade the leaf litter layer in deciduous forests,” Cassin said. “They take the beautiful rich organic layer that’s hiding just below the leaf litter — nature’s compost — they take that and move it down into the soil layers and they take what’s down deeper in the mineral layers and bring that up. They change the whole soil profile. That’s not that exciting to most people, but it’s really important ecologically. That layer protects the forests from drought.

“Not only is it a non-native species, but there isn’t even anything that acts similar to it. There’s nothing else doing the same kind of thing in the forest.”

How the worm is increasing its range is a bit of a mystery. One vector could be bait worms released into the environment by anglers, but that’s probably less important than accidental releases, Cassin said.

A greater source is likely fill or topsoil that’s removed from a yard and dumped in the bush. Community plant sales are another potential source since the worms could be lurking in the rootballs of plants.

“Community plant sales are great, but it is something to be considerate about,” Cassin said. “It’s not that we want to ban plant exchanges. But just be aware of it and do a visual inspection of the soil before you sell it or before you plant it. A visual inspection usually does the job.”

Once jumping worms are established, it’s basically impossible to get rid of them. They have no natural predators and burrowing into the soil in winter keeps them safe from the cold, Cassin said.

“They’ve been doing just fine in Wisconsin,” he said. “So we have a good confidence they’ll do just fine in Ontario, too.”