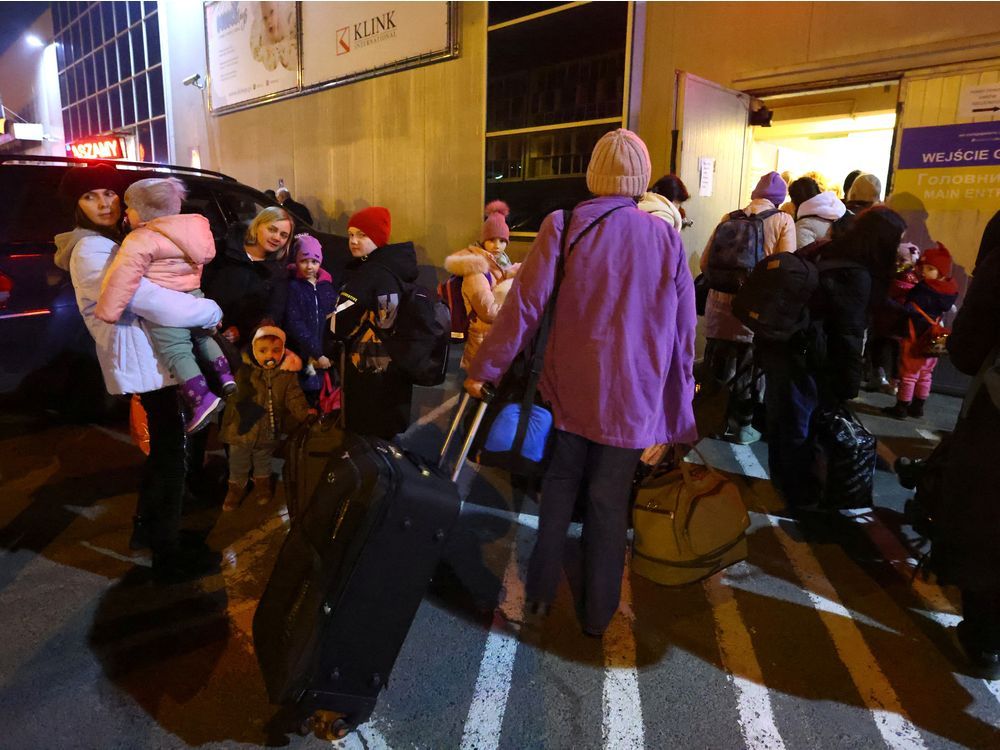 Rzeszów, Poland — The special measures adopted by host countries for fleeing Ukrainians have been so generous that many observers point out the double standards when compared to other refugees. The tension between specific refugee-group protection and universal standards of protection has a long history. The harsh reality is that UN-promoted universal standards have been difficult to implement in practice.

As soon as Ukrainians arrive at the Polish border, they are allowed to enter and are provided with hot food and shelter. Their onward travel is facilitated. Yet the Polish authorities continue to build a wall to prevent entry of Asian migrants a few hundred kilometres to the north on the Belarus border. There is growing continent-wide support for these barriers on the EU’s external periphery.

Meanwhile, reception centres have sprung up throughout Berlin as it becomes the epicentre for Ukrainian arrivals from Poland. The Deutsche Bahn decision to allow free train travel across Germany increases the options available to Ukrainians, who benefit from a temporary protection policy valid throughout the EU for up to three years. The current German response is even more impressive than the short-lived enthusiasm for the mass influx of migrants during the fall of 2015.

Canadian promises to provide visas to an unlimited number of Ukrainians who wish to settle temporarily in Canada also stand out. While some complain about the complicated bureaucracy, Canadian authorities are conducting an unprecedented emergency operation even though protection is available in Europe.

All states have a history of preferential treatment for groups they want to protect. The U.S. rescue of Cubans fleeing Fidel Castro’s communism can be contrasted with its interdiction of Haitian boat people. Defectors crossing the Iron Curtain were welcomed with open arms at the same time interdiction measures began blocking poor migrants from faraway continents.

The international refugee protection system began in 1922 with the adoption of a treaty addressing the plight of Russian refugees fleeing the Bolsheviks and civil war. This was followed by a treaty to help Armenians, and one for specific non-Sunni groups from what is today Syria. While the first treaty attempt at creating universal standards in 1933 barely got any signatory states, a specific treaty adopted for German Jews in 1938 had slightly more signatories. The current Geneva Refugee Convention was adopted in 1951 as an instrument of the Cold War. It contained blatant Eurocentric elements which could be disregarded with an optional protocol in 1967, setting the stage for universal standards.

The discretionary dimension of this protection must be underlined. Even the initial enthusiasm to admit Russian refugees a century ago quickly changed after western Europe was overwhelmed and experienced an economic downturn by the mid-1920s. Likewise, ex-Yugoslavs who benefited from an ad hoc form of temporary protection in the 1990s were eventually asked to leave, and sometimes repatriated involuntarily. The EU’s temporary protection approach is appealing to states because it allows an initial open border policy to be cancelled and replaced by repatriation.

The underlying logic is to capitalize on local affinities to ensure protection is granted to at least some favoured groups. Anyone who thinks the current generous approach to Ukrainians will inspire a better universal system has misunderstood the dynamics of international refugee protection. Ukrainians receive preferential treatment because they are western allies in the geopolitical struggle against Russia and benefit from geographic and cultural proximity.

If we insist on universal standards, then British Home Secretary Priti Patel is correct in claiming that the global asylum system is broken as her government adopts a controversial new approach to dissuade asylum seekers from crossing the English Channel. The underlying dysfunction is illustrated by these migrants from distant lands who refuse to seek protection in continental Europe. Even if they have legitimate reasons for wishing to settle in Britain, asylum is a two-way street and the desires of locals also matter.

While Ukrainians are the latest group to benefit from preferential treatment, this candid historical lesson obviously clashes with universal standards. Yet it would be foolish to manage migration based on ideological purity that leads to the lowest common denominator. It also undermines the actual political and cultural affinities that motivate countries around the world to provide protection to particular groups of refugees. Let us not forget that many countries (Pakistan, Bangladesh, Lebanon, Jordan, etc.) are not party to the Refugee Convention, yet they have been amongst the most generous refugee hosts — at least towards specific groups that share geographic and cultural proximity.

Michael Barutciski is a faculty member of York University’s Glendon College. He has conducted research in refugee camps on most continents over the last three decades and he has spent the last month in Germany and Poland. He writes from Rzeszów, near the Ukrainian border.