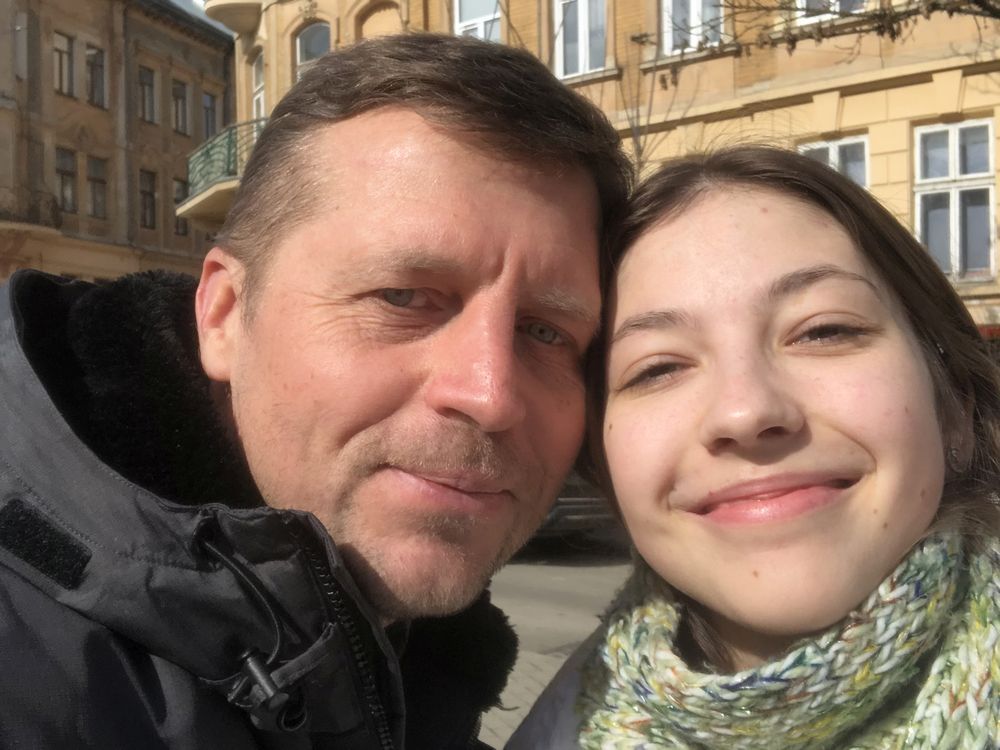 Before the ravages of war claim the Ukrainian city of Lviv, where Stanley Osobik spent 15 years before emigrating to Canada, the B.C. lawyer jumped on a plane to say what he imagines could be his final goodbyes.

Russia’s encroaching battlefield, wrought with the sound of missiles exploding close to where he once lived, was alarming for the 53-year-old, who arrived in Lviv Monday and crossed the Poland-Ukraine border by bus.

Upwards of 30 missile strikes claimed the lives of 35 civilians Sunday morning at a Ukrainian military training base northwest of the city. More than 134 were injured in the attack, regional governor Maksym Kozytskyy confirmed.

“I’ve never seen my city like this,” said the Victoria resident, whose wife and three children stayed behind while he ventured back to his home country after taking leave from work.

“As the battlefield moves further and further west, armed individuals are barricading almost every village and major intersection of highway. Peaceful civilians are getting in the way. We are hearing the rockets.”

Osobik returned to the war-torn country to see his longtime friends and family, many of whom have remained resolute in deciding to stay and join Ukraine’s resistance movement.

“There’s a chance I will not get to see my friends after I leave. This might be our final visit,” Osobik said. He emigrated to Canada in 2001.

While goodbyes have been exchanged, Osobik also said his first hello, to the daughter of his sister, his 23-year-old niece, Anastasia.

“I have made my offers to assist my sister, but she has rejected them. Their life is anchored too deeply in Ukraine. We’re hoping that my niece will be able to take shelter in Poland or Canada.”

More than two weeks since the war in Ukraine began, millions of people have fled their homes and thousands have been killed.

“As soon as I met with a friend for coffee he asked me if I could help translate instructions on foreign military equipment for Ukrainian forces,” Osobik said. “It’s a war zone here, everybody is running around like crazy, things need to get done.”

Osobik has also been connected, through friends in B.C., to an 11-year-old Canadian who is stuck in Lviv with her uncle and grandparents.

“Her parents, who live in Calgary, have asked me to bring her back,” Osobik said. “It has taken us eight days to get legal consent from the Canadian consulate in order for me to escort her to Canada.” The pair booked flight tickets for March 22.

“I’m trying to be as useful as I can while I’m here. I’m ready to fight in the resistance forces but not just anybody can do that. You can’t just pick up a knife, there is a process that includes having legal status in Ukraine. I am a Canadian citizen and have to return to work soon.”