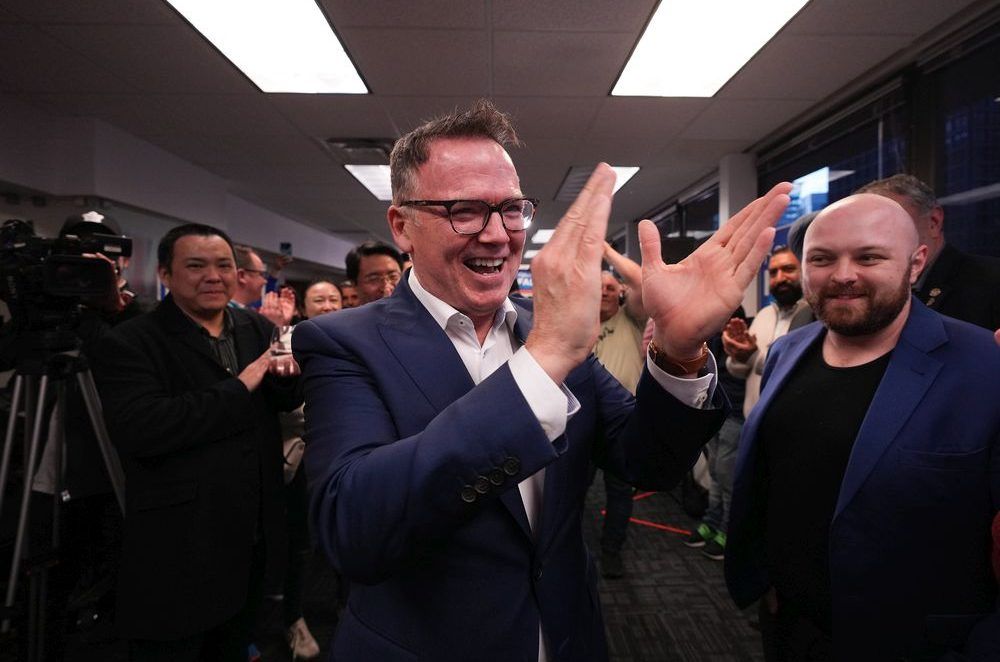 Results had Kevin Falcon with 59 per cent of the popular vote on Saturday evening.

The new leader of the British Columbia Liberals has won a voice in the legislature after a landslide win in a traditionally safe seat for his party.

Kevin Falcon will represent Vancouver-Quilchena in Victoria after preliminary results show he won 59 per cent of the vote in the byelection. Final results will be confirmed with a final count on May 4.

Wendy Hayko of the B.C. Green Party had 10 per cent, Dallas Brodie for the Conservatives had 7 per cent and Libertarian Sandra Filosof-Schipper had 1 per cent.

Falcon, 59, is a former cabinet minister who was elected party leader in February after more than a decade away from B.C. politics.

He said he aimed to lead an Opposition that would hold the New Democrat government to account for failures on affordability, housing, and the overdose crisis.

In a statement Saturday, Falcon said: “Ten years ago, I left politics for my two young girls. I’m returning now for them, and for their entire generation. It’s time to restore confidence in government and take on the serious issues plaguing our province.”

Ashe had campaigned on reminding voters about Falcon’s past as a minister in governments that slashed social programs.

NDP cabinet ministers, including Finance Minister Selina Robinson, campaigned with Ashe to tell voters that Falcon presided over cuts to programs for women and families and he should be denied a return to the legislature.

The campaign centred on whether Falcon was viewed as a politician carrying yesterday’s baggage, or as a new leader who can turn things around for the Opposition in the 2024 provincial election, after two consecutive defeats.

Falcon was labelled by some of his competitors in the race as being yesterday’s man, who served under former premiers Christy Clark and Gordon Campbell.

He held a number of portfolios after first being elected in 2001, including transportation, health, finance and was the deputy premier. Falcon finished second in the 2011 leadership contest to Clark, who served as premier until the party lost power. Falcon held a seat in Surrey for three terms before deciding not to run in the 2013 election and said he left politics to spend more time with his young family. He also worked in the private sector with a Vancouver investment and property development firm.

Former Liberal leader Andrew Wilkinson, who won the riding with 56 per cent of the vote in 2020, resigned the seat to clear a way for Falcon to sit in the legislature.