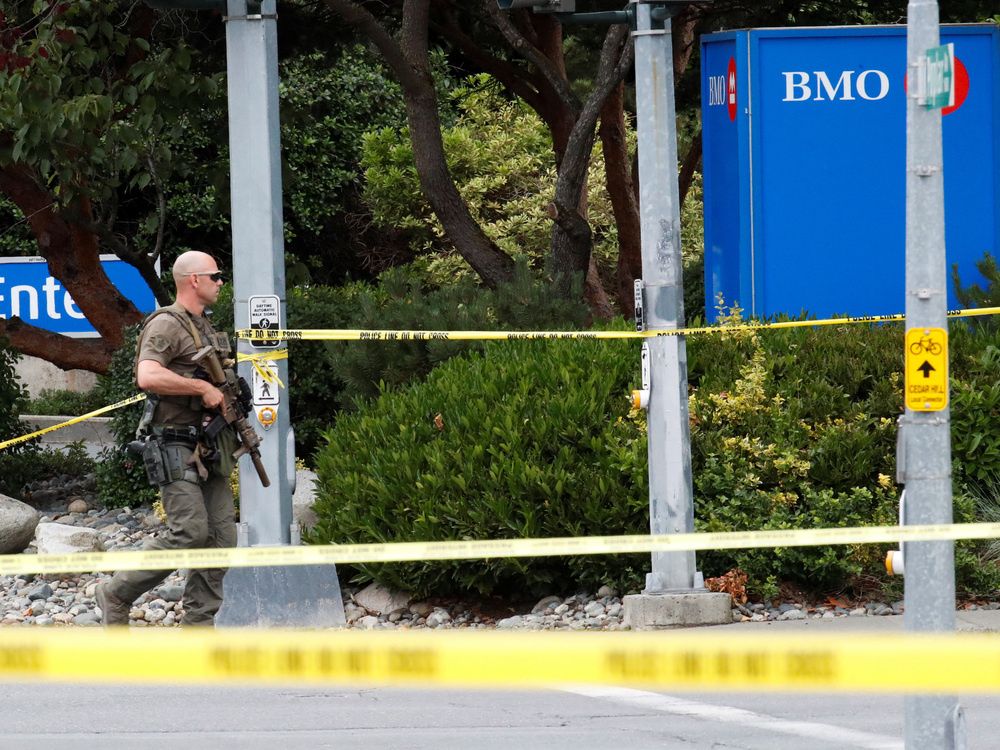 One of three Victoria police officers injured during the shootout remains in hospital but all face ‘a long road ahead,’ said spokesperson Bowen Osoko.

SAANICH — Police say they’ve cleared and reopened the area around a local bank that was the scene of a deadly shooting last week.

Saanich police issued a tweet saying the crime scene at the Bank of Montreal on Shelbourne Street has been released and reopened to all traffic.

Six police officers were injured in last Tuesday’s shootout, and the 22-year-old twin brothers suspected of being behind the incident were killed.

Victoria Police spokesman Bowen Osoko says three officers from the department were injured during the shootout.

He says one remains in hospital but all face “a long road ahead.”

Saanich Chief Const. Dean Duthie had said last week that three of the department’s officers remain in hospital, including one who is in intensive care, while another will require more surgeries.

On Saturday, the RCMP identified 22-year-old twins, Mathew and Isaac Auchterlonie from Duncan, B.C., as the two suspects who were killed during the shootout with police outside the bank.