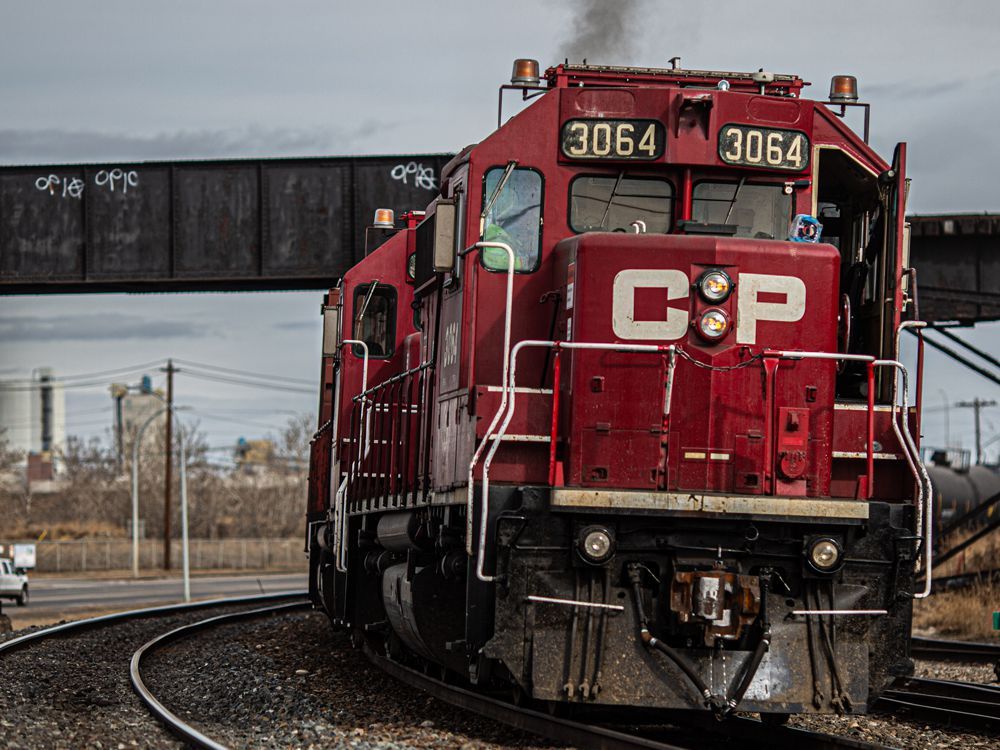 Canadian Pacific Railway’s Hydrogen Locomotive Program is about to get a power boost.

ATCO Group announced Wednesday an agreement with the railway to build two hydrogen production and refuelling facilities in Alberta — one each in Edmonton and Calgary.

The project will not produce any carbon emissions from either the locomotive or at the point of production.

“We don’t talk about CO2 reduction because there is no CO2,” Bob Myles, executive vice-president for corporate development for ATCO, said in an interview with Postmedia.

CP began its Hydrogen Locomotive Program in December in an effort to lower its carbon footprint, using hydrogen fuel in place of diesel. The company currently has one locomotive running on hydrogen with another two in the works.

CP chief financial officer Nadeem Velani said at an investor conference in March that the Calgary-based program is still in the testing phase but the first hydrogen-powered line in North America pulling freight will soon be a reality.

“It’s still early days, but it’s moving on its own,” he said. “We did a test run. We think by the end of the year we could have a revenue service move with the hydrogen locomotive.”

The hydrogen will be created using water as opposed to natural gas, which often comes with some form of carbon capture utilization and storage component.

There may still be some carbon footprint from the operation of the two facilities, depending on the source of electricity. The Calgary facility will be powered in part by CP’s existing five megawatt solar power facility co-located at CP’s headquarters.

“The Calgary and Edmonton fuelling stations will be essential to bringing zero-emissions hydrogen locomotive propulsion into reality as part of CP’s commitment to sustainable and responsible operations,” Kyle Mulligan, CP assistant vice-president of operations technology, said in a news release.

CP is receiving $15 million through Emissions Reduction Alberta for the program.

Construction is expected to begin later this year, with production and supply of hydrogen to begin in 2023.

This is the tip of the iceberg for ATCO, which has invested heavily in hydrogen for four different applications. This includes blending hydrogen into natural gas distribution for utilities, industrial applications such as the recent partnership with Suncor to reduce emissions, heavy-haul transport through trucks and rail, and for exporting.

“We are strong believers in the future of hydrogen,” said Myles.

Last week, Premier Jason Kenney announced $50 million in provincial funds for a Clean Hydrogen Centre of Excellence while the private sector has made billions of dollars worth of investments into the sector in the past 12 months. Meanwhile, Suncor recently announced its intentions to divest its interests in other renewable energies to focus on hydrogen in its path to net-zero.