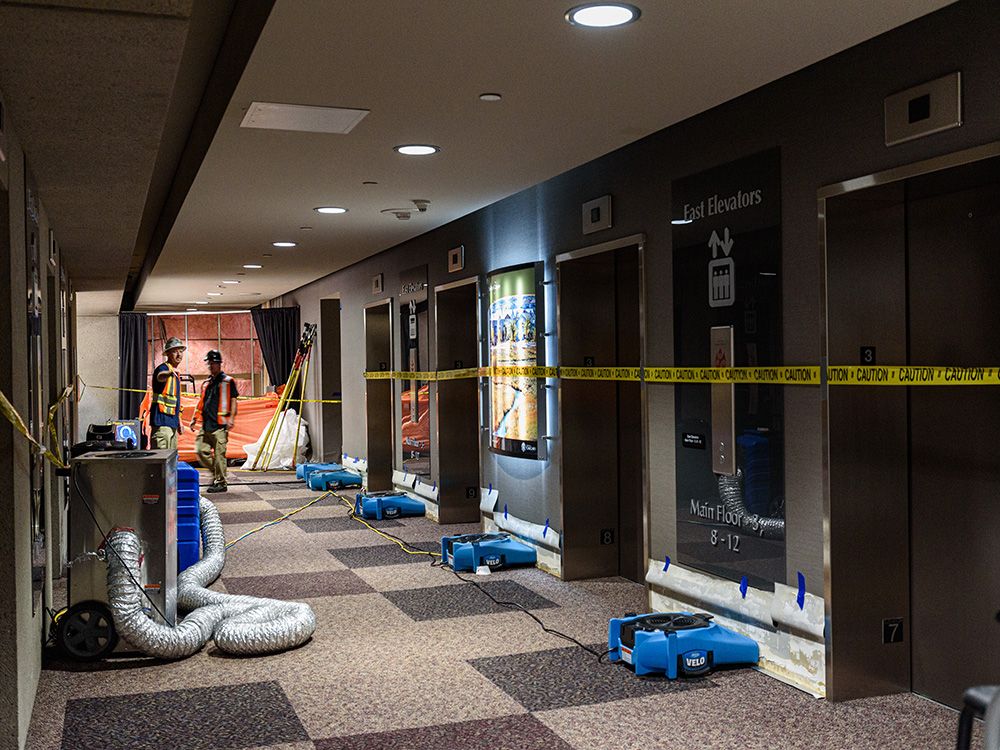 Alberta’s police watchdog is investigating the confrontation with the city hall intruder who sustained significant injuries in his arrest on Tuesday morning.

Several Calgary Police Service officers used non-lethal force in an effort to detain the man who was in possession of a long-edged weapon after verbal efforts were unsuccessful. He was apprehended shortly after with the use of the CPS K-9 unit.

He was transported to a Calgary-area hospital by Emergency Medical Services for treatment.

“ASIRT’s investigation will examine the circumstances surrounding the use of force,” said the Alberta Serious Incident Response Team in a press release on Friday.

The release did not say what type of non-lethal force was used or how many police were involved in the incident or when exactly the injuries were sustained or the type of injuries. Postmedia has reached out for further comment.

The man is suspected of smashing through a window to gain entry to the Calgary Municipal Building and starting small fires that activated the sprinkler system at 3:54 a.m. on Aug. 2. Police were called in and found the man brandishing the weapon. The cops also recovered accelerants believed to have been used to start the fires.

The intruder was known to the Police and Crisis Team, which responds to vulnerable individuals with mental health and addictions issues.

The building has been undergoing repairs since which has included the temporary relocation of Fair Entry services, cashiers and tax services have been temporarily relocated to the third floor of the Central Library, at 800 3rd St. S.E.

In-person planning and development services are at the Whitehorn Multi-Services Centre, at 3705 35th St. N.E.

The building will reopen to the public with service limitations on Monday, a full reopening or the full cost of repairs has not been determined.