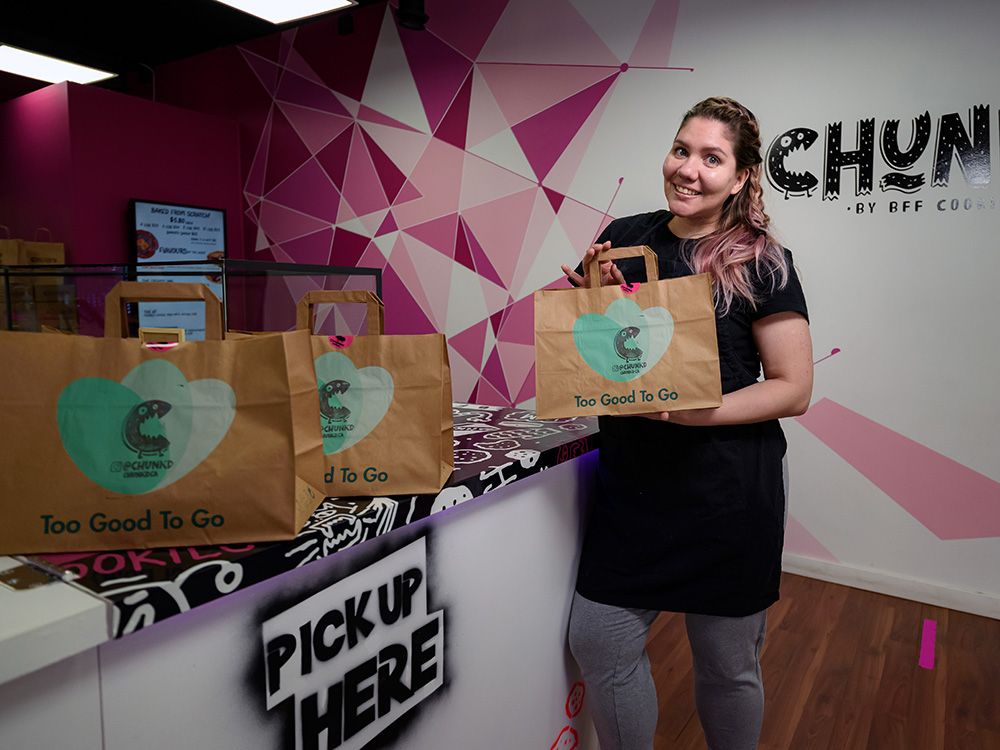 An international anti-waste food app launched in Calgary on Thursday, creating more opportunities for local businesses to sell surplus food at the end of the day.

Too Good To Go, a Copenhagen-based company, designed the app to offer people a chance to order a “surprise bag” of leftover food at a third of the cost from partner restaurants and shops. People can log in and view which nearby eateries have food in need of “saving” before they close for the day.

Sam Kashani, who heads the company’s Canadian operations, said the app allows businesses to recoup some of the costs associated with throwing out food, consumers get to try new restaurants and grab dinner for cheap, and the impact of food waste on the environment is lessened.

“It has been successful because it is truly win-win-win,” Kashani said over the phone Thursday.

“Our vision at Too Good To Go is really around democratizing the fight against food waste and really giving every Canadian the tools to be able to make a small difference that over time can add up to huge results.”

More than 100 Calgary shops and restaurants were featured on the app by launch day, including Chunk’d Cookies, Hoopla Donuts and Lina’s Italian Market.

The app first launched in Canada in 2021 and has expanded to Toronto, Montreal, Vancouver and Quebec City. It also operates in cities in 17 countries. Kashani said the app has helped Canadian consumers and businesses save an average of 2,000 meals per day from going to waste.

“Honestly, Canadians coast-to-coast and everywhere we’ve shown up, we’ve been welcomed with open arms from both users and partners, leveraging our platform to save their surplus food,” Kashani said.

He said they’ve expanded to Calgary because there’s a great food scene in the city and plenty of partners willing to try the app’s services.

“We see Calgary as one of the critical stops to be able to continue on our national expansion to make sure that Canada as a whole is fighting food waste, and reducing food waste as much as possible,” he said.

The app also has a donation button for people to give money to the Calgary Food Bank for the fight against food insecurity.

“These days, it’s hard to turn around without seeing a headline about supply chain issues or rising food prices,” said Avaleen Streeton, the food industry supervisor at Calgary Food Bank.

“Over the past few months, the Calgary Food Bank has seen first-hand how this has increased the number of people requesting emergency food hampers.”

Streeton said that while 77 per cent of all the food received by the Calgary Food Bank is rescued from the food industry — including through the work of other local organizations such as the Calgary-based Leftovers Foundation — they know there is more excess food.