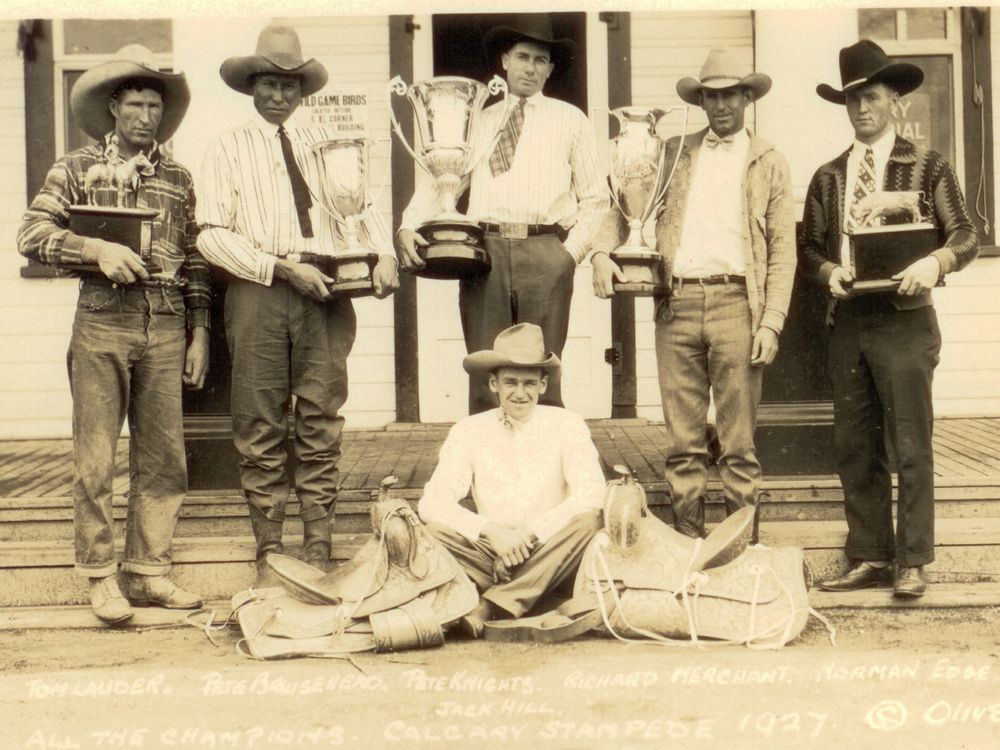 The Calgary Stampede has long been a part of this city’s history. In recognition of this year’s event, on 10 weekdays (between July 4 and July 15), we’re sharing archival photo highlights and and events of note from the first 10 decades of the Greatest Outdoor Show on Earth. This instalment: The Stampede in the 1920s.

1921-22: The Calgary Industrial Exhibition Co. organized a winter carnival. It featured snowshoeing, hockey and ski jumping for which a 22.5-metre tower was built on the roof of the Grandstand.

1923: The Exhibition and the Stampede merged to become a single, annual event. The Stampede was held in July for the first time and remains so. Chuckwagon races were added as a new Stampede event. Downtown stores were encouraged to decorate western, and prizes were given out for best western garb. The western spirit spilled out into Calgary streets. The first pancake breakfasts were served downtown by chuckwagon outfits in 1923. The Prince of Wales held a special awards ceremony at his E.P. Ranch, for bronc riding champion Pete Vandermeer.

1926: The Coldstream Guards band from Britain played. Dick Cosgrave won his first chuckwagon trophy — a feat that he would repeat nine times in the next 17 years.