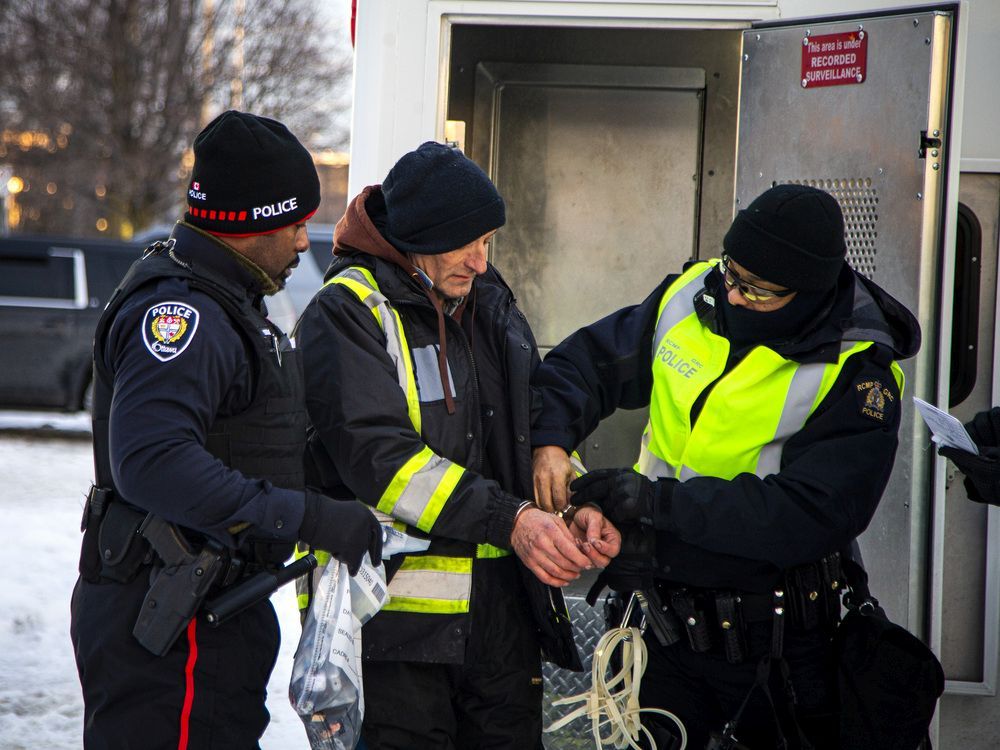 The city’s police services board needs to find a new police chief less than three years after starting a lengthy process to hire Peter Sloly.

The police board and city council couldn’t have predicted this position back in 2019, when they were optimistic that Sloly would lead Ottawa into a new era of policing.

That’s because no one also guessed a trucker occupation would call into question the ability of the Ottawa Police Service to enforce the law over a three-week emergency.

Sloly resigned in the middle of the capital “siege” and the police services board is left with the work of restructuring the executive command.

The next police chief will take over at a delicate time for the City of Ottawa, much like Sloly did in 2019, but his successor will be faced with pressures to change police call responses in collaboration with city hall while facing repeated demands from the public to reduce the police budget and examining the future of protest management in the nation’s capital.

On Friday, community group Horizon Ottawa continued to call for Ottawa police to be “de-tasked” and have police funding reallocated.

A day before that, the police board heard Blair Dunker, Ottawa police’s chief administrative officer, suggest more spending would be required to handle protests.

Hiring a new chief will be the top priority for a police board tasked with ensuring a stable executive command. Today, all three uniformed executive positions are acting, including Steve Bell, the acting chief, and a newly created deputy chief position isn’t filled.

It was telling that Coun. Diane Deans, before her ouster as police services board chair on Feb. 17, tried to convince city council that the police executive needed immediate help. The board led by Deans voted to bring in an outside chief to temporarily oversee the police, but it was ultimately a decision that cost her the leadership position. Multiple resignations on the board followed.

Finding a new police chief can be a long process, depending on what approach the board takes.

Coun. Eli El-Chantiry, the new board chair, and members are likely considering if the next permanent chief is inside the Ottawa Police Service. That assessment could set the path to finding a new chief.

El-Chantiry said this week that the board needed time to develop a “community-minded process” for hiring the next chief. He anticipated the board would make an announcement about the strategy before its next regular meeting on March 28.

Before hiring Sloly, the board held community consultation sessions ahead of formally launching a national search for a chief. The whole process cost just under $70,000.

In the last police chief transition, Charles Bordeleau retired in May 2019 and Sloly started in October 2019.

The transition from Vern White and Bordeleau was much quicker.

White left the chief’s job to become a senator in February 2012 and Bordeleau took over as chief in March. In that case, the board knew it wanted to promote from within the police force and had two veteran officers as deputies — Bordeleau and Gilles Larochelle, who went on to become Kingston’s police chief — ready to take over. It was just a question of which deputy would get the top job.

Hiring a new chief might be one of the last major acts of this iteration of the police services board, which could see a partial turnover after the municipal election in October.

It might also be the last high-ranking appointment that Mayor Jim Watson influences, even though he doesn’t sit on the police services board and has no direct governance role in local policing.

But the opinion of the mayor carries significant weight at Ottawa City Hall.

In criticizing Deans’s recent attempt to hire an outside chief, Watson threw his support behind Bell.

So, is Bell the front-runner for the job?

The board has already signalled confidence in Bell’s performance as a police executive by extending his contract as deputy chief. Last July, the board added another five years to Bell’s deputy contract, which now expires in December 2026.

Another factor is that Bell has been in charge during what is, so far, a successful operation to rid the downtown of protest occupiers. He also served as interim chief between Bordeleau’s retirement and Sloly’s hiring.

The next chief, whether the board hires from within or looks outside the force, will take command of the Ottawa Police Service under difficult circumstances, not made any easier by the occupation crisis.

A local after-action review will dig into police actions. The federal inquiry required by the Emergencies Act will scrutinize the response. And the police board has asked the Ontario Civilian Police Commission to consider investigating Ottawa police actions.

There’s never any shortage of drama for the police chief in the nation’s capital.