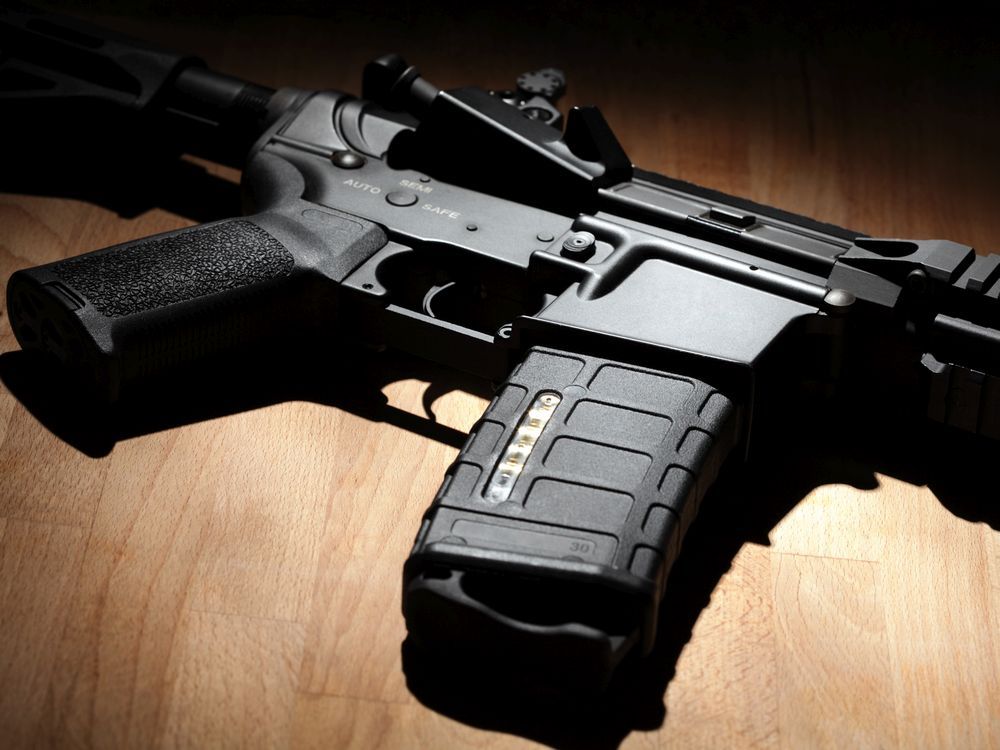 Alberta’s chief firearms officer has written a letter to the federal government calling on them to cancel a ban on “military-style” firearms as well as an extension to an amnesty program allowing for owners to keep such guns.

Teri-Jane Bryant wrote the letter to federal Public Safety Minister Marco Mandincio earlier this week saying no evidence has been provided to justify the order to ban close to 1,500 firearms in Canada.

“As Alberta’s chief firearms officer, I am firmly committed to making data-driven decisions focused on public safety. It is alarming that no evidence has been adduced to justify the arbitrary selection of the firearms on the list,” wrote Bryant. “Prohibiting specific types of firearms is an approach that has proven ineffective in improving public safety.”

Prime Minister Justin Trudeau’s government announced they would introduce the ban in 2020 saying they would allow municipalities to ban 1,500 firearms. They later adjusted to focus on working with provinces on the matter. The ban did not make it through the legislature before last year’s election but the Liberals have promised to move forward with similar promises.

Alberta’s government has repeatedly stated they oppose the ban.

Bryant said the federal government should focus on other measures to ensure Canadians safety, such as diligently prosecuting criminals and those who provide them with firearms.

“It is these scofflaws that are driving both rural crime and the alarming violence in our major cities. When properly administered, the Canadian Firearms Program already ensures careful screening of law-abiding firearms owners, regardless of the type of firearms they wish to acquire,” wrote Bryant.

Bryant has asked the federal government to extend an amnesty period, currently scheduled to end in 2023, allowing licensed owners to continue to hold onto their weapons before a mandatory buyback program is put into place.

Calgary is currently seeing an uptick in gun violence with six of the city’s 10 homicides in 2022 caused by shootings. CPS brass has said shootings overall in the city are above average as there were 10 in the month of March.

Data from Statistics Canada shows the number of people killed in Canada has risen each year between 2018 and 2020, jumping to 277 from 251. Shootings remain the number one cause of homicides in Canada.

Doug King, a justice studies professor at Mount Royal University, said that banning firearms is not likely to impact those rising numbers as most offences are committed by unlawful gun owners holding firearms that have been smuggled across the border.

“The government prohibition on certain firearms, and now more assault style firearms isn’t going to likely have a real direct impact on community safety and crime rates, violent crime rates and those kinds of things,” said King. “I think I think the larger question is, has the federal government provided any justification for why some (firearms) were put on the list and why others weren’t? What was the criteria?”

He said on those issues, he tends to agree with the sentiment in Bryant’s letter, however he said there were elements of the us-versus-them mentality that Alberta’s government typically has when it comes to dealing with the federal government that appeared to be related to political posturing rather than public safety.

King noted Alberta could also take measures to protect its citizens from gun violence such as directing more funds to police agencies to detect illegal firearms.

“It’d be really nice if we could just pause and think about what can Alberta do and what can city municipalities do,” said King.

On the federal side of the issue, he said he would urge the Liberals to better fund enforcement at both land and port borders to intercept more firearms being smuggled into the country, noting such activity is often coming from organized crime.

Justice Minister Tyler Shandro announced earlier this week that he would be accepting the recommendations of a report from the Alberta Firearms Advisory Committee to “further protect the rights of law-abiding firearms owners.”

“Our government is continuing to assert its provincial jurisdiction and ensure the rights of law-abiding firearms owners are protected. Thank you to the Alberta Firearms Advisory Committee for engaging Albertans for their essential guidance as we empower our chief firearms office to support responsible firearms owners,” said Shandro in a news release.

Those recommendations include education on firearm-related issues and stronger advocacy for evidence-based changes to the Firearms Act.