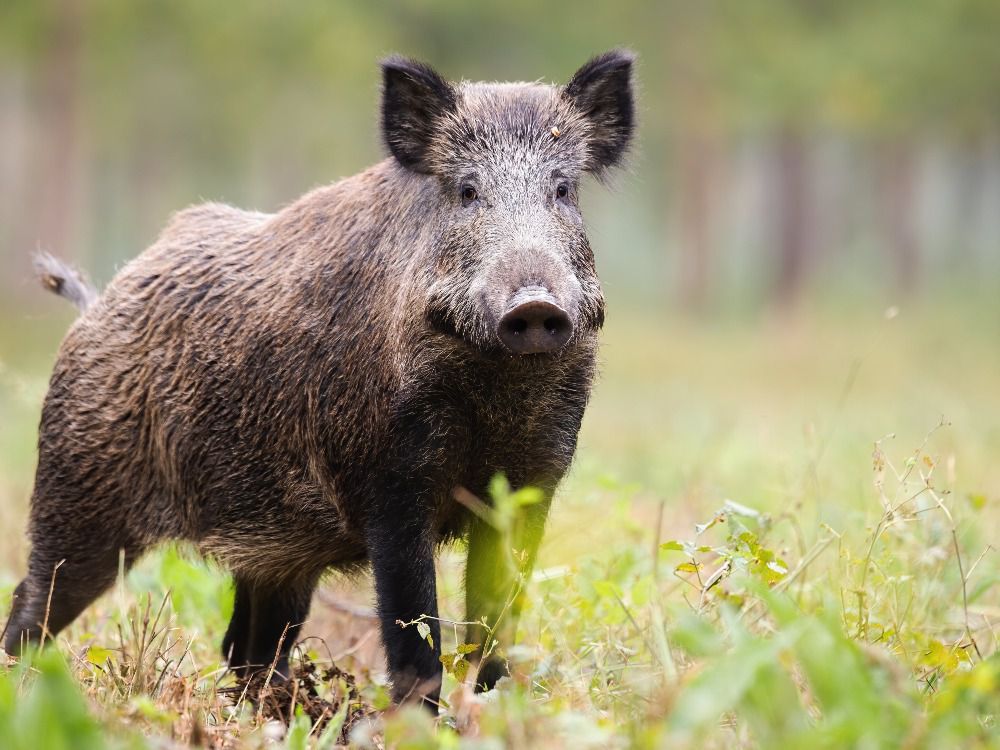 The province says it’s stepping up the fight against the expanding menace of highly destructive wild boars.

After years of a mostly losing battle against the invasive animals known to be present in 28 Alberta counties, the government has once again launched hunting incentives — one for landowners and trappers, another for hunters — that offer a $75 bounty for each set of pig ears.

It’s also expanding a surveillance and trapping effort and introduced a compensation system for farmers and ranchers affected by the marauding wild and feral pigs, and for those participating in trapping them.

So far, the County of Stettler and the Municipal District of Peace have signed on to both remuneration programs, says the province.

“Wild boars at large are a threat to our animals and environment, as well as a vector for diseases like African swine fever,” said Agriculture, Forestry and Rural Economic Development Minister Nate Horner.

“We are taking action to get rid of this menace and help those affected by it before it gets worse.”

Ecologists and the province’s own experts have cautioned about the effectiveness of shooting the swine, saying the clever beasts learn to avoid humans and tend to disperse to infest other areas.

Those concerns were echoed last month as rumours swirled of the bounty program’s return.

“Alberta Pork and our industry firmly stands against bounties,” Charlotte Shipp, the group’s industry program manager, said in a panel discussion held in March by the Alberta Invasive Species Council.

“We have previous experience bounties have done nothing but educate these animals and make these problems worse.”

The move, she said, smacks more of pre-election politicking than doing what’s needed for an industry concerned about the spread of disease.

But an official with one Alberta county that’s dealt with the pests said he’s happy to see Alberta’s efforts, saying a variety of tactics can be effective.

“Trapping is more effective but there’s always likely some room for some mop-up hunting,” said Matt Martinson, director of agriculture and community services in Clearwater County northwest of Calgary.

“It needs to be done with a scalpel and not a sledgehammer, and it’s what we’re doing now — the province is definitely learning from past experiences.”

The bounty system is a pilot program that began April 1 and will run for the next year to gauge its effectiveness.

The animals are considered the most destructive invasive mammal species on Earth and are known for trashing crops, harming livestock and wildlife, spreading disease, damaging riverbanks and even attacking humans and invading urban areas.

In the 1980s, the non-native animals were brought to Western Canada from Europe to be hunted for sport, but were officially designated a pest in 2008 after numbers of them escaped from their enclosures.

The announcement of expanded eradication measures comes about a month after a University of Saskatchewan expert on the species told Postmedia the pigs could become a permanent fixture inside Edmonton’s city limits if stronger steps aren’t taken to control their numbers.

Several European cities and some in Texas have already been invaded by the wild swine, and if Edmonton joined them it would be the first large Canadian centre to do so.

The epicentre of the problem in Alberta is in the province’s north-central region, though a 2021 provincial government map denoting the animals’ presence shows wild boars have been at large in Rocky View County, which borders Calgary on three sides.

A Rocky View County official said there have been reports of wild hog sightings in the northwest area of their jurisdiction but they haven’t been confirmed.

“That program is amazing and Alberta has received accolades for it from all over North America,” she said.

The activity involves locating, sometimes by drone, the herds known as sounders and enticing their entire number into a corral.

A challenge in combating wild boars is the lack of information on their numbers and spread, something hunting them can help address, said Evans.

“From the bounty program, we might get more reports and understand where they are,” she said.

Some previous control measures have proven effective, said Jeff Holmes, chief administrative officer of Mountain View County north of Calgary, which no longer has a wild boar problem after confronting one more than a decade ago.

Fencing regulations have had an effect, he said, “and we’ve also taken the stance as a municipality that they’re a pest when at large and we’ve discouraged the raising of them.”

“We see it as a risk but we’re willing to handle that risk,” he said, adding bylaws restricting hunt ranches have become more popular.