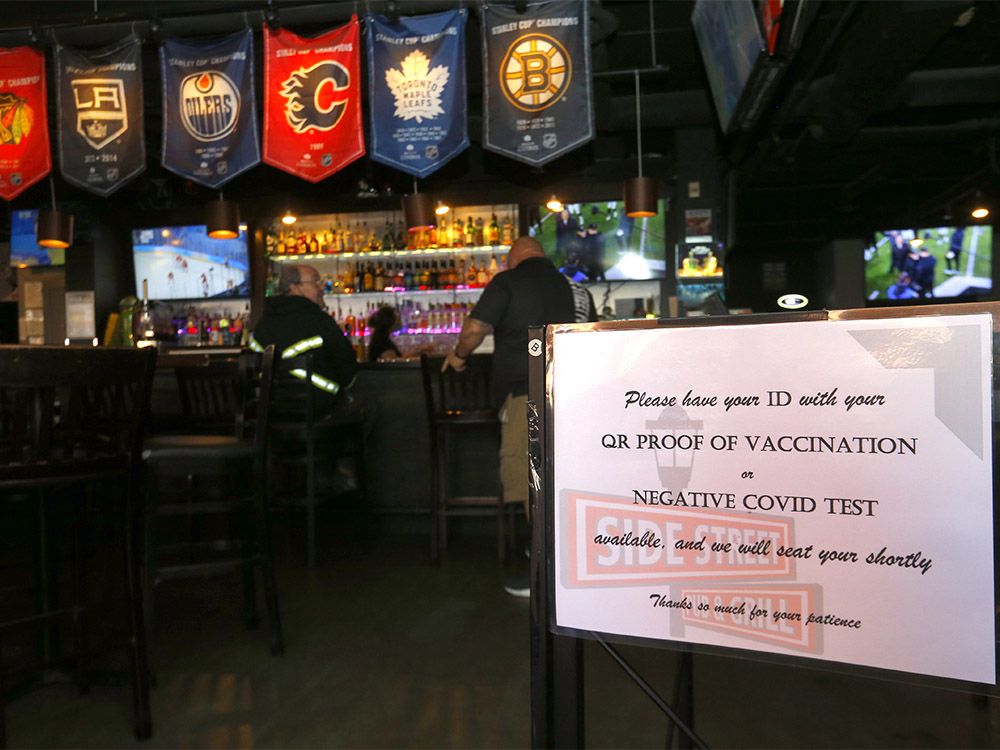 Another 39 COVID-19 deaths were reported to Alberta Health over the last three days, while the pressure on hospitals remains high.

As of Monday, there are 1,542 COVID patients in hospital, including 118 in intensive-care units. The total number of hospitalizations decreased by 42 since data was last updated by Alberta Health on Friday, but the number of patients admitted to ICUs didn’t change and the province recorded an additional 39 deaths.

The deaths brought the province’s COVID death toll to 3,673.

The government’s COVID cabinet committee is expected to decide on a phased plan to remove restrictions, including the Restrictions Exemption Program, this week. Premier Jason Kenney said Thursday during a Facebook Live stream that the vaccine passport program will be the first of the restrictions to go.

Kenney said earlier last week that the province would need to log a “sustained reduction in COVID pressure on the hospitals” before decisions were made on relaxing public health measures. However, United Conservative Party caucus chair Nathan Neudorf suggested later in the week that Alberta will begin lifting restrictions “very soon, likely within days.”

Alberta’s chief medical officer of health, Dr. Deena Hinshaw, is expected to appear for her regularly scheduled Tuesday briefing, which the premier has previously joined when there is an announcement about restrictions or other aspects of the province’s pandemic response.

There are 30,094 lab-confirmed active cases provincewide.

Another 29,566 doses of COVID-19 vaccine were administered over the past three days, including 2,673 first doses. According to Alberta Health, 86.6 per cent of all adults have had at least two doses, with 79.8 per cent of those aged five and older being considered fully immunized.

Hinshaw said on Twitter Monday that many children in the five=to-11 age category are due for their second doses.

“I encourage parents to access this protection for their children and families,” said Hinshaw.

“Getting fully vaccinated with all the doses we are eligible for is still the best way to make sure that we and those around us are protected against severe outcomes.”

As the province continues to rely on people testing themselves for the novel coronavirus at home, the accessibility of rapid test kits is an important part of the pandemic response.

Last week more than 2.5 million rapid tests were delivered to pharmacies and Alberta Health Services locations across the province, Alberta Health said in a statement.

“As of Feb. 4, Alberta has received 7.8 million of the 16.2 million rapid tests promised by the federal government for January, with another 2.2 million currently in transit,” said Alberta Health.