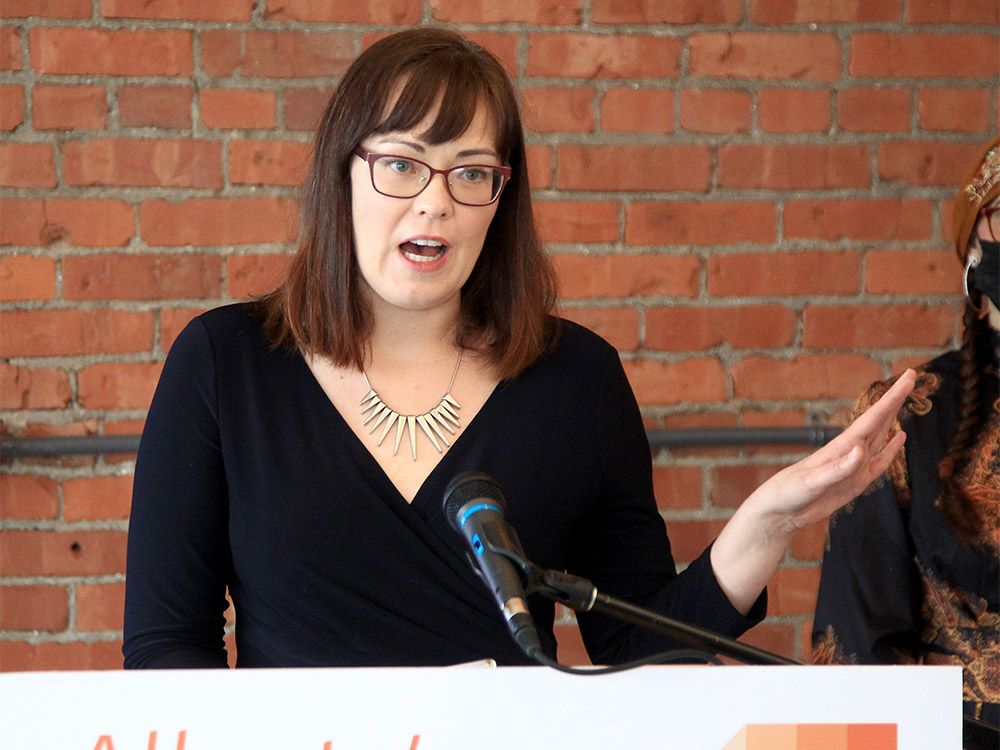 The Alberta NDP is continuing to chastise the provincial government for a lack of progress on its vow to deliver utility rebates to Albertans, which the ruling United Conservative Party now says should start rolling out in July.

On Monday, NDP energy critic Kathleen Ganley called on the UCP government to give Albertans a firm date when they can expect to see electricity and natural gas rebates land in their bank accounts — initiatives promised months ago to offset heightened bills through the winter months.

Bill 18, the Utility Commodity Rebate Act, passed into law in May. It replaces legislation that disallowed rebates on electricity costs and makes changes to permit an eventual natural gas rebate, but has yet to result in the $150 electricity bill rebate promised by the government.

“The amount of money they have promised doesn’t go nearly far enough, but even 100 days after first promising these meagre rebates, the UCP can’t answer simple questions of when Albertans might actually see the money,” Ganley told reporters on Monday.

Natural Gas and Electricity Associate Minister Dale Nally, who tabled the bill, told Postmedia Monday he expects the electricity rebate to start arriving on Albertans’ bills in early July, saying retailers are currently working to integrate it into their billing systems. The rebate is expected to be delivered across three billing periods, cutting $50 off bills for three consecutive months. Nally said more information on the electricity rebate will be released in the coming weeks.

On Thursday, Government House Leader Jason Nixon blamed the slow-moving rebates on the NDP drawing out the deliberation process, but said Albertans should see the indemnity reflected on their bills “very shortly.”

Ganley said the NDP fought for amendments to the bill that would have ensured the cash kickbacks for electricity costs were in Albertans’ pockets by the end of May, but they were turned down by the UCP.

“While the UCP has left the legislature focused on their internal drama and infighting, Albertans continue to struggle,” said Ganley. “Thanks to the UCP incompetence, Albertans can expect to wait weeks more, possibly even months. This is a failure of leadership.”

The natural gas rebate isn’t scheduled to come into effect until later this year, despite costs hovering around or above the mark that would see it kick in during the winter. The government has yet to reveal specifics on the natural gas rebate, including how much it will be, but it has promised Albertans will get a break on their bills if regulated natural gas rates exceed $6.50 per gigajoule between October 2022 and April 2023.

“We know that the rising cost of living, particularly regarding utilities, is putting a strain on Alberta families,” said Nally. “That’s why we are providing short-term relief to help Albertans and making the long-term changes needed to keep energy affordable in the years ahead.”

Jennifer Rapuano-Kremenik, executive director of local non-profit Harvest Hills Cares Calgary, said the need for these rebates is urgent and requests for assistance from her organization are increasing. She said she and her volunteers have worked with “countless” Albertans over the last two years who are struggling with the cost of living.

“We hear from people who have had to go without groceries in order to ensure they can keep a roof over their heads, keep the lights on and keep the heat on. These families need help,” she said.

“We have one client who was facing a power shut-off and disconnect because they were only $114.10 behind on their bill. If these rebates were delivered, it could have made the difference for them and many others.”

Ganley also called on the government to provide public reporting of the number of utility shutoffs and the number of load limiters that have been installed in Alberta. Load limiters restrict electricity in a home when residents fall behind on their payments, providing enough juice to run only a furnace and few appliances. Providers aren’t allowed to nix services entirely between October and the middle of April in Alberta.

Earlier this month, Calgary-based Enmax told Postmedia 28 per cent fewer residents had their electricity limited compared to last year, resulting in less than one per cent of its approximately 510,000 customers requiring load limiters; none had been disconnected. Edmonton’s Epcor did not provide exact figures but said there were fewer accounts on a limiter at the end of the winter than in 2021. Epcor did not provide numbers on utility shutoffs.

— With files from Dylan Short