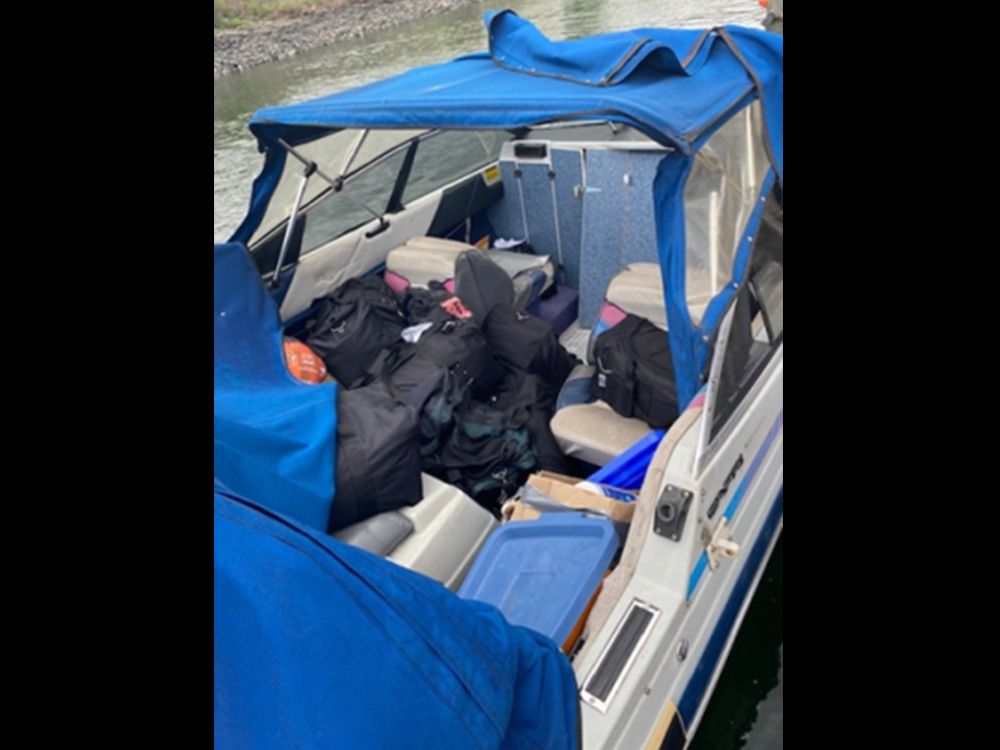 U.S. border agents have arrested an Alberta man for allegedly attempting to spirit more than 1,400 lbs. of methamphetamine by boat from Washington State to B.C.

The haul is nearly three times larger than a record border seizure of methamphetamine by Canadian authorities, at Coutts, Alberta on Christmas Day, 2020, which then had an estimated street value of $28.5 million.

The officers said the craft bearing Canadian registration numbers was riding low in the water “like it was overloaded” and was ordered to stop, according to a document of complaint.

The pilot of the boat was identified as Albertan Ted Karl Faupel, 51, who was asked to lift up a canvas cover on the back of the boat.

“Once the canvas was removed, 10-15 duffle bags were revealed stacked on the back deck,” states the complaint.

“The duffle bags also had padlocks on the zippers of the bags.”

After Faupel insisted he knew nothing about any contraband on the Bayliner, three CBP agents then boarded the craft with one cutting a slit in one of the duffle bags which contained vacuum seal bags stuffed with a crystal-like substance consistent with methamphetamine.

Faupel was then arrested and taken, along with the Bayliner to the Bellingham Coast Guard station where Homeland Security Investigations took control of the case.

A 9-mm handgun was also seized from a backpack with ammunition along with a ledger detailing details of the smuggling operation, said the complaint.

Included in that was a U.S. one-dollar bill with “28 duffle bags” and a signature written on it.

“This is a verification method used by drug trafficking organizations in order to maintain security while transporting narcotics,” stated a CBP agent.

Under questioning, Faupel said he’d been in Victoria looking for work when he walked past the marina in nearby Sidney, B.C. where he was approached by a man named Mike who hired him to pilot a boat to Anacortes, Wash. and back to Sidney for $1,000.

After arriving in Anacortes on May 24, Faupel said he was met by four men in a black Toyota crew cab with a trailer, who loaded the boat the next day, then sent him on his way back to Canada.

He told police he’d been instructed to leave the dollar bill on the seat of the boat once he’d returned to the Sidney Marina.

While the man eventually admitted the handgun was his and carried for self-defence, “he maintained he believed he was transporting luggage.”

“Faupel stated after departing he drove the boat in circles and contemplated turning the boat into police but he did not because he feared for his family’s safety.”

When asked why he didn’t check in with U.S. customs officials when entering the U.S., Faupel said he wasn’t aware of that requirement.

Ultimately, U.S. authorities rejected Faupel’s insistence he knew nothing about the contraband and charged him with possession of methamphetamine with intent to distribute, which carries a minimum 10-year sentence.