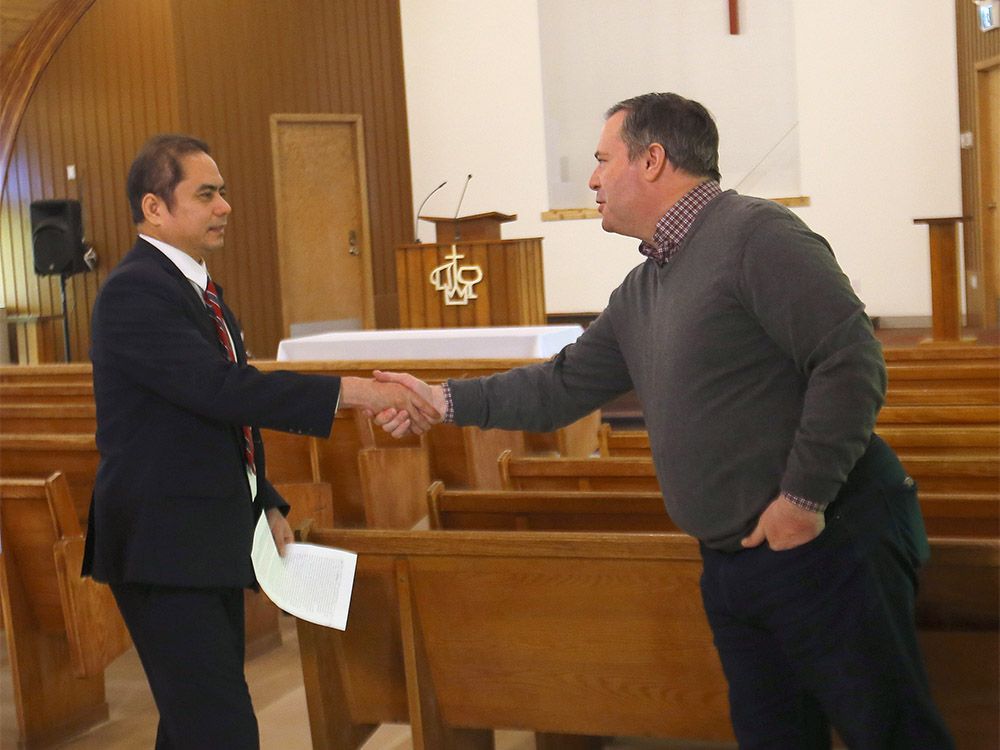 The Alberta government is investing additional funds into a program introduced last year to protect places of worship and other vulnerable community organizations from hate crimes and vandalism.

On Sunday, Premier Jason Kenney announced funding for the Alberta Security Infrastructure Program has increased from $2 million to $5 million annually. The program provides grants to religious and ethnic organizations at risk of being targeted by hate-inspired attacks, including places of worship, not-for-profit agencies and registered charities. The grant funding will help the organizations upgrade facility infrastructure and technology with new security and monitoring systems, as well as education and training for staff.

Since the program was launched last summer, the government has approved 110 requests for funding. With the additional investment, Kenney said he expects the program will assist hundreds more institutions across the province, and potentially thousands in the long run.

“Public safety is a public responsibility and we have a particular responsibility to ensure the safety of vulnerable communities that are targeted by hate-inspired violence,” Kenney said from the Calgary Vietnamese Alliance Church in Forest Lawn, which was damaged by an intentionally set fire last July.

Several Christian churches were set ablaze last summer following the discoveries of hundreds of unmarked graves at the sites of former residential schools. Kenney said at least a dozen places of worship in Alberta were targeted, including a century-old Catholic church in Morinville and the Calgary Vietnamese Alliance Church.

“Some people who were inspired by hatred in their hearts tried to burn this church down and they did cause enormous damage, hundreds of thousands of dollars of property damage,” Kenney said, calling the act a “particularly vile expression of anti-Christian bigotry.”

Police are still looking for a person of interest in relation to that blaze. While no one was inside when the fire tore through the building, the damage was extensive and Thai Nguyen, the church’s pastor, said restoration efforts are still ongoing.

“The flames came in through the window and destroyed almost everything in the sanctuary. We have repaired a lot so we can come back — we’ve spent more than $500,000 from fundraising — but still many things left undone,” he said.

“The protections these grants make available can make a real difference in churches and local groups like ours, who come together for worship and to serve our communities.”

Saima Jamal, a local social activist and co-founder of the Calgary Immigrant Support Society, said the support is welcome but money alone won’t fix the root of the issue.

“You can’t fix hate by just pouring money over it . . . we deserve a society that is not just tolerant but it’s actually inclusive,” she said. “Without dialogue and proper healing, things won’t get better, no matter how much money you throw on physically protecting a building.”

Jamal said more is needed to open community dialogue and address hateful acts before they happen, not to react while they’re in process or afterward via a security system.

In recent weeks, police forces across Alberta have been investigating several hate-motivated crimes, including a man who was charged for allegedly threatening a Muslim woman outside a mosque in Edmonton.

The UCP government is planning to launch a review of the increase in apparent hate crimes against vulnerable women. The review will work alongside police agencies to identify common patterns and make recommendations on how better to prevent such crimes in the future.

“Our commitment is to stand up to intolerance to keep all Albertans safe and to forcefully prosecute hate crimes, and this remains as strong as ever,” said Justice Minister Tyler Shandro.