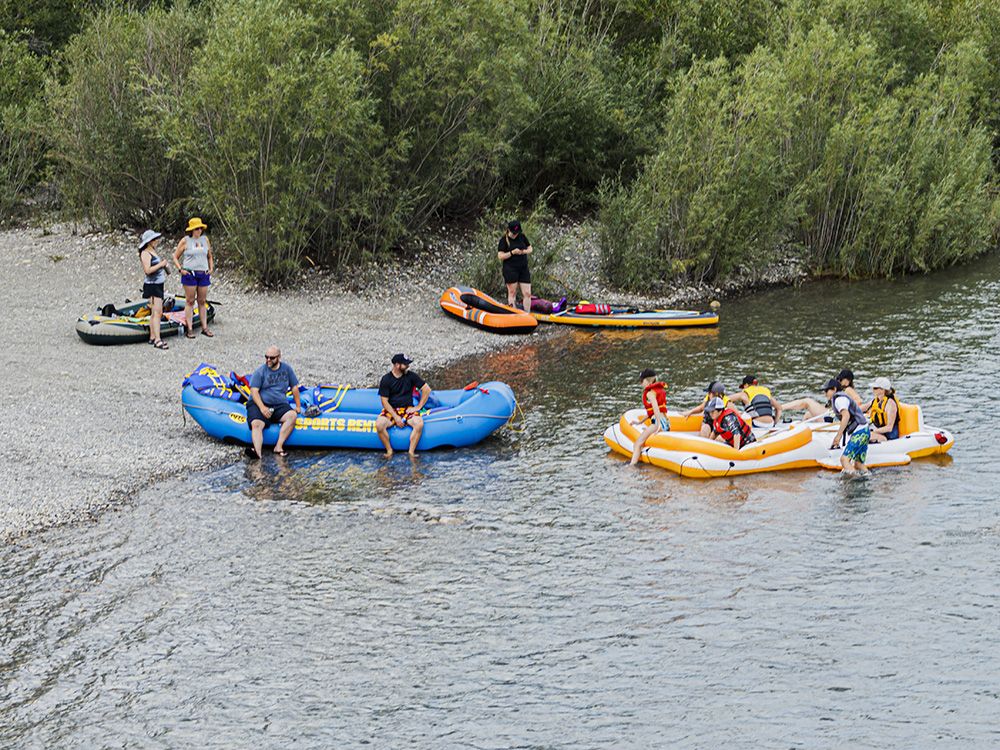 Calgary fire crews are urging Calgarians to be safe on the rivers as warm weather prompts a spike in the so-far low number of river rescue incidents this year.

Calgary Fire Department acting battalion chief Scott Owen said last year at this point, fire crews had conducted around 200 water rescues along the Bow and Elbow Rivers. This year, that number is around 80, a steep drop he attributes to the belated warm weather this summer.

“Last year in June, we had all that heat. This year, the river for quite a while was high to the point of considering evacuating some communities like Bowness and Sunnyside,” he said, referencing the impact of the heavy rain event in late June that prompted multiple public warnings for people to stay off the rivers.

With the heat finally coming out this year in late July, Owen said many looked to cool off in and around the river, resulting in “quite a few calls for people that were in trouble” over the Heritage Day long weekend.

“As soon as it gets in the 30s where we were, you definitely get a lot more people out on the rivers,” he said.

He said most were related to rafters, many of whom were inexperienced and unprepared for the fast-flowing river. A prominent issue is river-goers tying their rafts together; Owen said when met with a bridge abutment, tied rafts can get caught, leaving people stranded in the middle of the river until help comes.

“One goes each side and then you’ve got major problems,” he said. “Try to steer clear of the bridge abutments. Go right in the middle if you can because when the river is high, they’ll suck you in and tip you over if you’re not experienced.”

Kelly Carter, CEO of Lifesaving Society for Alberta and Northwest Territories, said it’s important to do some research and be familiar with the area you’re going before heading for a float along the river.

“They need to know — if they’re going tubing, for example — their entry points or exit points, make sure that they have a flow plan and make sure they’ve checked the weather and conditions are safe to go out before they head out onto the water,” he said.

With another warm weekend here, both Owen and Carter said the most important thing Calgarians can do is to wear life jackets if they plan on heading to the river.

“Life jackets are mandatory. They are required,” said Carter. “And they can only save lives if they’re worn.”