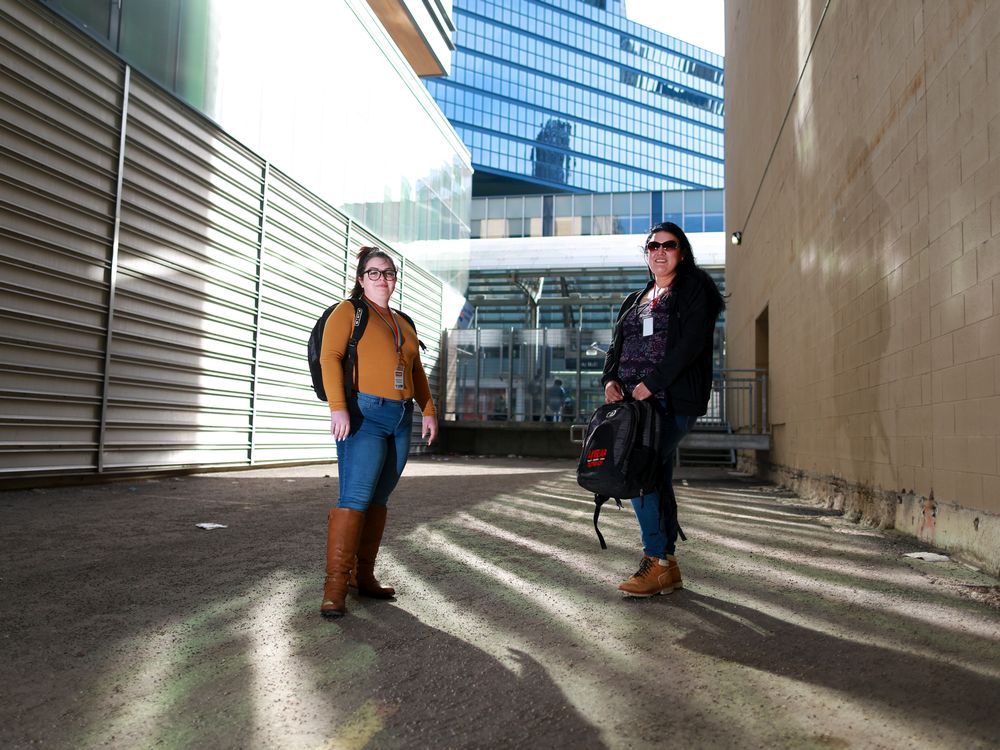 ‘What this is really about is restoring autonomy to the community’

As Alberta reels from a record number of drug poisoning deaths in 2021, an advocacy group devoted to helping people who use illicit drugs has received federal funding to lead the development of a drug-checking strategy to be implemented provincewide.

Alberta Alliance Who Educate and Advocate Responsibly — an advocacy organization comprised of people with lived experience of hard drug use — has been granted 18 months of funding through the Public Health Agency of Canada’s Substance Use and Addiction Program to pilot a mobilized drug-checking program in Calgary. The group hopes to have the service operational in Calgary later this year, with an ultimate goal of developing a strategy that can be used to provide the service across the province.

“This is going to be a key tool, I think, for prevention of illicit drug poisonings,” said Kathleen Larose, AAWEAR’s executive director.

Drug-checking services allow people to check what’s in their drugs prior to use, mitigating the risk of overdose. It’s a common harm reduction tool across B.C. and larger Canadian cities like Toronto and Montreal, but to date no such service exists in Alberta — and the impact of the opioid crisis continues to rise with a record 1,771 known drug poisoning deaths in 2021.

“It just hasn’t even really been explored in Alberta. The question seems to not even have been raised outside of some very small circles of harm reduction supporters here,” said Dr. Euan Thomson of Each+Every: Business for Harm Reduction, another group partnering on the project that’s set to help with business outreach.

“What this is really about is restoring autonomy to the community.”

The service will be based off of existing projects in Victoria, Vancouver, Kelowna, Montreal and Toronto. The Beltline Business Improvement Area is set to provide a van fitted for the mobilized service and office space for a fixed location. Medical staff will be trained to use a specialized machine that identifies the exact composition of street drugs.

“If someone has contaminated drugs, they might reduce their dose or not take it at all,” said Larose. “People will basically be able to prevent themselves from having illicit drug poisonings in the end if they know exactly what they’re taking.”

The project will also help with tracking rates of drug toxicity alongside other community-based organizations, Alberta Health Services, police and municipalities.

“This service is a welcome and necessary step in reducing exposure to harm in our community,” said Ward 8 Coun. Courtney Walcott in a news release. “It is just one step among many that need to be taken, but I am hopeful to see services like these become widely accessible.”

Work on the project is slated to begin next month with the assembly of an academic advisory board on drug checking and drug policy, with members coming from universities across the country including the University of Calgary and the University of Alberta. Before the project is launched, community consultation will take place to find out where the service will be most needed.

“It’s still going to be localized to the downtown core,” said Thomson. “But being able to travel out to Bowness where there’s lots of poisonings happening, going out to Forest Lawn, the Chinook Centre area and various train stations. . . being able to deliver the service on-site to those locations is going to be critical to the operation.”