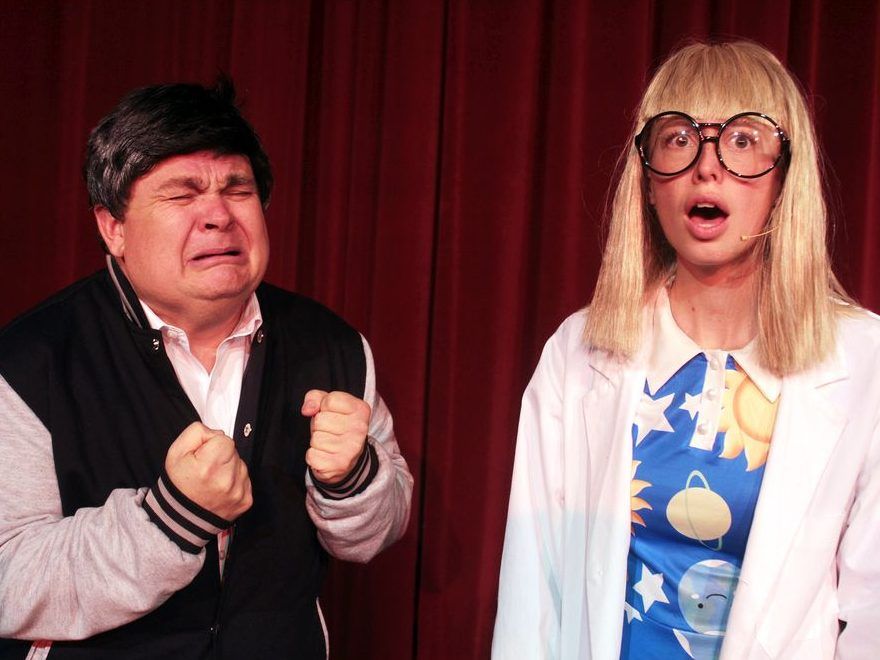 “They said they couldn’t have it in their theatre because it was too political. Calgary is a bit more conservative than Edmonton,” said Donovan Workun, who plays Kenney in this ribald political satire.

Hot Boy Summer opened in Edmonton on the University of Alberta campus in October 2021 in a 240-seat theatre for 10 shows. The run sold out within days so it was extended but every extra performance added by Grindstone Theatre also sold out.

To accommodate the demand for tickets, Hot Boy Summer moved to a much larger 500-seat theatre in downtown Edmonton where, again, it sold out every night.

“We sold out a total of 44 shows, selling well over 11,000 tickets. Edmonton couldn’t get enough of us. Politicians of all stripes attended the show, particularly from the NDP ranks. Rachel Notley and her husband snuck in and out quietly at one performance. The UCP politicians and their staff members who did come were even more discrete.”

Workun said audiences in Edmonton have been lobbying for a third incarnation of Hot Boy Summer so Grindstone created the Jason Kenney Hot Boy Summer Convoy Tour that kicks off in Calgary at the Martha Cohen Theatre March 23-27. It then travels to Red Deer, Grande Prairie, Fort McMurray and back to Edmonton from April 27 to May 1.

Workun calls Hot Boy Summer the stage equivalent of a frat house movie like Animal House or Revenge of the Nerds.

At first, Kenney was going to be the villain of the story but as Workun explained “that would have made the show mean-spirited and that wouldn’t have been nearly as funny. Jason is now the hapless anti-hero. He’s a hero by really doing nothing. He’s also a bit of a sad sack. It’s always woe is me, it’s not my fault and Justin is to blame.”

Workun says playing Kenney has helped him empathize with the man himself.

“Actors love it when people love them. There are a few places in the show where the audience turns against Jason and it stung me when they did. I realized that’s how Jason must have felt when people started turning against him. He just wants everybody to love him.”

When first asked to play Kenney, Workun said he didn’t know where to begin so he watched hours of videos and realized “in his public appearances, he’s reading off a teleprompter and it’s the first time he’s seen those words. That’s the Kenney I’m doing.”

Kenney, Notley and Trudeau are not the only political characters in the musical. There are cameo roles of MLAs Tyler Shandro, Tracy Allard and Kaycee Madu, as well as chief medical officer Dr. Deena Hinshaw. And there could have been many more. Workun says the writers of Hot Boy Summer, Byron Martin and Simon Abbott, were never at a loss for people and events to lampoon.

“The thing about the UPC is that almost every day this government does something that cries out to be incorporated into the show. They practically write the show for us.”

Tickets for the Calgary run of Hot Boy Summer can be reserved at grindstonetheatre.ca and at artscommons.ca or by phone at 403-294-9494.