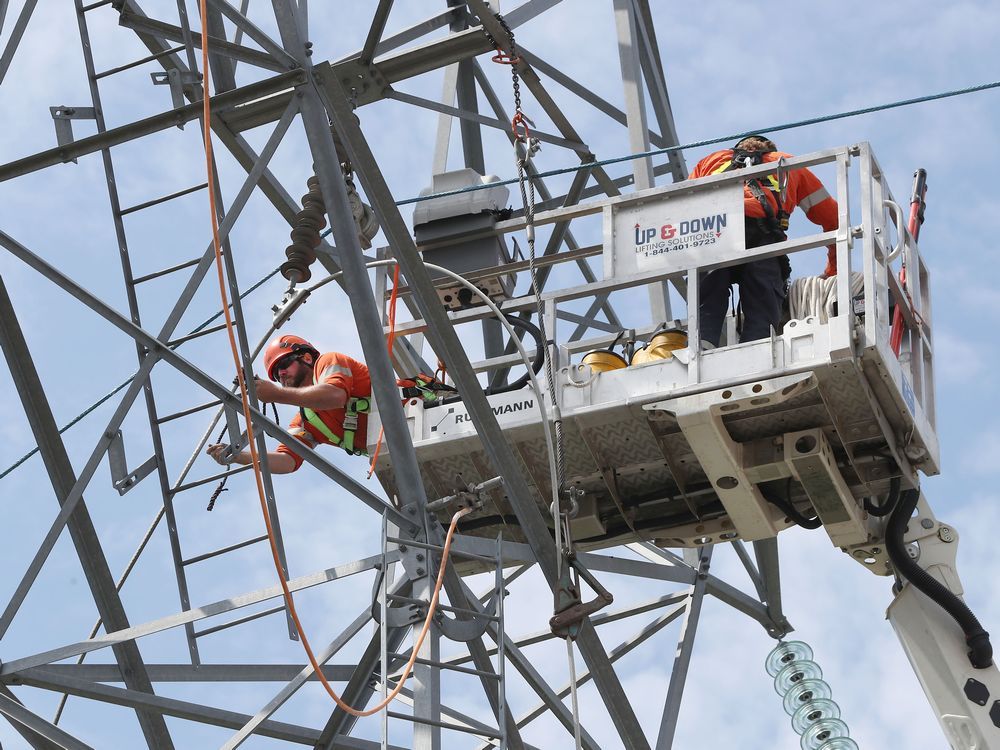 Eight thousand Ottawa Hydro Ottawa customers remained without power Monday, nine days after a storm that the head of Hydro Ottawa described as the equivalent of “an F2 tornado that was six miles wide.”

Hydro Ottawa CEO and president Bryce Conrad warned it is impossible to protect infrastructure against that magnitude of storm.

“No one builds infrastructure to survive 190 kilometre an hour winds. It is as simple as that,” said Conrad.

During a storm recovery update Monday, Conrad said the utility should be in a better position to provide those who remain in the dark with more detail about when they will get their power back now that the bulk of the power grid is restored. Until now, he said it has been difficult to accurately predict.

Hydro Ottawa failed to meet Conrad’s earlier commitment to restore the bulk of the power grid by Friday night. That was achieved over the weekend.

Conrad described the storm damage — which downed 300 hydro poles, knocked out 700 intersections and destroyed thousands of trees — as “beyond our worst nightmare.”

More than 10 Ontario residents died as a result of the storm, including several from the Ottawa area.

While more than 95 per cent of the 180,000 customers initially without power now have it restored, it remains frustrating for those still waiting, some of whom have complained about a lack of information.

“I know the last nine days have been extremely difficult for those who have not had access to power and in some cases water because of the storm,” said Mayor Jim Watson during the briefing.“ I know it is frustrating, annoying and it is very inconvenient, but we are doing everything we can.”

Watson said he and others are already thinking about recommendations to minimize the impact of future storms, which should be expected. Among those ideas are whether the city has the authority or can get the authority to ensure apartment buildings have generators that can power at least one elevator during loss of power, as well as ensuring gas stations have backup power so they can continue functioning during a power outage. He noted that seniors living on upper floors are unable to leave their homes for food or other services if there is no power to operate an elevator and that gas stations without backup power after the storm led to long line ups and some other stations running out of gas, which people needed for generators as well as vehicles.

Over the weekend, more than 67,000 meals were delivered to those still without power, hydro crews, city staff and volunteers worked on the cleanup and half of the 40 roads that were closed due to storm damage were reopened. Of 700 intersections knocked out by the storm, 20 remain and are expected to be back online quickly, sad Alain Gonthier, the city’s general manager of public works.

Conrad said even when the majority of homes have power, it will take longer to deliver power to around 150 or more homes that sustained damage in the storm.

He said he welcomes a post mortem on what went well and what didn’t go well in the storm response, but noted there is a limit to how storm proof infrastructure can be.

Four community support centres are open from 10 am to 7 p.m.:

More information about city services is available at https://ottawa.ca/en/health-and-public-safety/emergency-preparedness/storm-recovery