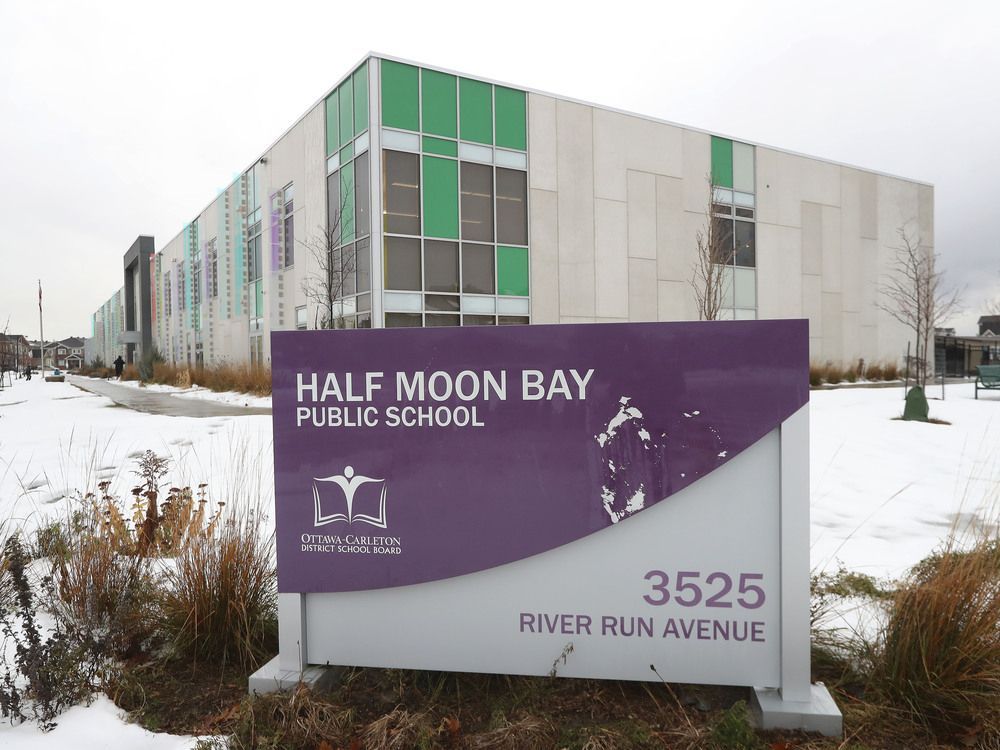 Ottawa Public Health says it has issued letters to families and staff at 11 schools since classes resumed last month, warning about high absence rates as part of the province’s early-warning system of possible COVID-19 outbreaks.

Schools must alert local public health authorities if absences among students and staff rise 30 per cent above normal rates.

OPH, in a statement, said it will investigate schools with high absence rates due to illness and consult on possible preventative or mitigation measures.

It did not identify the schools.

OPH is recommending that schools notify them when absences hit 30 per cent overall, rather than the provincial trigger of 30 per cent above the absence baseline, said the statement.

However, OPH will not identify close contacts at schools or dismiss classes or cohorts due to COVID-19, said the statement.

This reflects a provincial move to do-it-yourself rapid testing for schools and a general shift in the strategy of learning to live with the virus while trying to mitigate its worst impacts.

Cases of COVID-19 at schools are no longer tracked and reported. The only measurement of the direct impact of the highly contagious Omicron variant on schools is the publicly reported absence rates .

It’s a rough guide. Students and staff can be absent from school for a multitude of reasons, from being sick with COVID-19 to having a dentist appointment.

Students whose parents have temporarily pulled them out of in-person classes because of fears of Omicron are given school work to do at home and under Ministry of Education guidelines are not marked as absent.

The changes mean there is no clear picture of the prevalence of COVID-19 at schools.

Consider the situation at Half Moon Bay PS in Barrhaven, which also illustrates the dramatic changes in the management of the virus at schools.

In December, Half Moon Bay PS experienced one of the largest COVID-19 outbreaks at an Ontario school since the pandemic began.

Omicron was beginning its swift takeover and Ottawa Medical Officer of Health Dr. Vera Etches warned of an explosion of outbreaks in elementary schools.

By mid-December, 68 people at Half Moon Bay had laboratory-confirmed, active cases of the disease. That included 66 students, or about 6.5 per cent of the 1,020 students enrolled.

Students and staff were offered COVID-19 tests in an attempt to identify who had the virus and stop it from spreading. The school closed for a couple of weeks.

“All of a sudden, your kid is going to school on Friday and then on Monday the school is closed,” said Gabe Rother, chair of the school council.

Families received letters from public health authorities about cases at school and were also contacted if their child was in the same class or cohort and needed to isolate.

The flood of letters could be anxiety-provoking, said Rother, whose son, David, is in kindergarten.

During the school closure, Rother had to juggle working at home with keeping an eye on David doing online school.

Fast forward to this year, with the province’s new school outbreak rules in place. There are no longer letters to parents notifying them of cases at school, nor are cases reported by the province or school boards. COVID-19 testing for schools has shifted to rapid antigen tests, which are done at home and don’t generate a lab report that can be tracked. Parents are not required to report positive results.

Unvaccinated students and staff in the same class or cohort as someone with COVID-19 can remain at school unless they develop symptoms themselves.

Anyone with symptoms is advised to stay home, although as critics point out, many children with COVID-19 don’t have any symptoms.

Minister of Education Stephen Lecce has said he relies on advice from the province’s chief medical officer of health and is confident schools have been made as safe as possible with other layers of protection, such as cohorting, symptom screening, mandatory masks and upgraded ventilation as well as air filters in some classrooms.

When in-person school resumed in January, staff were given N-95 masks and students were offered three-ply cloth masks.

Children need to be in school for their mental, physical and academic health, Lecce has emphasized.

Rother said his son David is happy to be back in class. “He is thriving there, rather than being at home with boring old dad.”

“It seems to be going well,” said Rother. “The teachers are terrific. We do the best we can with our son, make sure he has multiple masks and knows when to change them, as best he can. And of course, he now has his second dose of vaccine, so that’s good.”

However, it’s hard to assess the prevalence of COVID-19 at the school or discern the meaning behind absence rates.

For instance, between 14 and 18 per cent of students and staff were absent from Half Moon Bay school from Monday to Wednesday this week. The average absent rate at elementary schools is around seven per cent, according to the board.

Many parents have said they want more information, and some school boards are trying to provide it.

The Ottawa-Carleton board set up a website that allows parents to voluntarily report if their child has tested positive. The board cautions that the information is incomplete and unreliable.

As of Thursday, no parent at Half Moon Bay had entered a report.

Ottawa’s other three school boards send letters to the parents of classmates if they are notified by a parent of a positive case of COVID-19.